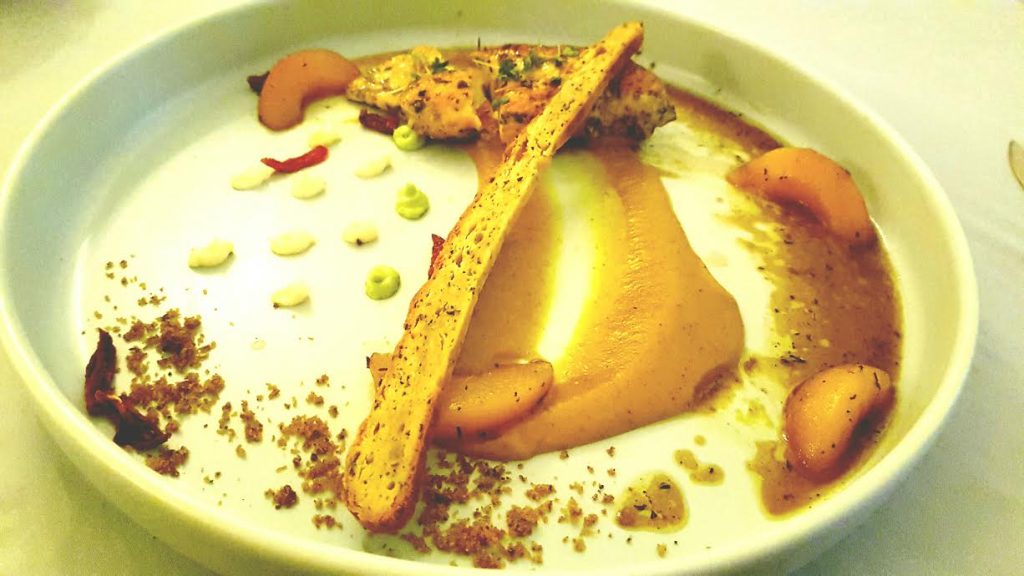 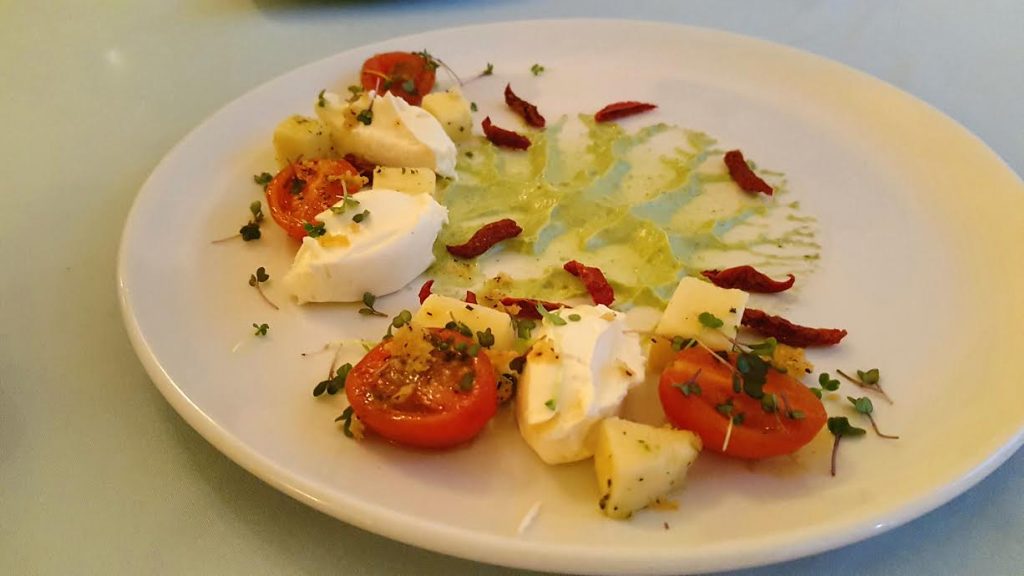 It’s refreshing to see a creative chef confident and competent enough to tell stories through his food, but someone should do some editing.

It’s rare that I’m left gobsmacked by a dish, but it happened to me at Story, a new fine dining restaurant in upper Morningside. More about that later
I hope I don’t sound like some rancid foodie who’s heard it all; who believes there are no new stories left to tell about food and restaurants. There are. The restaurant world is constantly evolving.  Think of Ferran Adria’s elBulli and molecular gastronomy. Or Noma in Copenhagen which is redefining what’s edible each time it serves “Moss and Cep” – a snack of crispy deer lichen dusted with “cep” mushrooms resting on a bed of bright green moss. Or the world’s top restaurant for 2016, Osteria Franciscan, which presents quirky dishes like “five stages of Parmigiano Reggiani”, and “eel swimming up the Po river”. They have helped make chef Massimo Bottura’s tiny venue in Modena one of Italy’s most popular eateries.
Now they have success stories to tell. But the problem with Damian Beneruso, executive chef of Story, it’s not clear what story he’s telling. And he’s no Massimo Bottura. Yet.
On Story’s Facebook page Damian describes himself as a dreamer who envisioned creating a
“charmed meeting place for connoisseurs of fine food, fine wine and engaging conversation.”
So Damian is a dreamer, but I’m not sure it’s benefitting the diner. True, Damien has a very creative eye when it comes to flavours and presentation, but he falls short in the substance department.
Take my main choice, described as tender, marinated chicken breast and caramelised coriander peaches served with curried peach puree, garlic flakes and drops of garlic emulsion. What I was served – and which left me speechless – was a small piece of chicken breast along with four peach quarters, peach puree and a crispy slip of bread – for R145. The fact that it was all exquisitely displayed on a large round plate only accentuated how little food there was. Happily, although a trifle sweet, the flavours were very appealing and intriguing.
But I was still hungry at the end of it, despite sharing a starter with friend Meleney Cuniff which, in retrospect, was not for sharing.
It was described as “ripples of  basil emulsion surrounded by sautéed cherry tomatoes and marinated mozzarella topped with dehydrated tomatoes and dried garlic chips, R69”. Well, this was a very deconstructed version of the traditional caprese salad. The dish was small cubes of mozzarella, served with loads of cream cheese – not mentioned at all on the menu – and four cherry tomatoes halves. But not a bad meal at all and the basil emulsion was delicious.
Substance-wise, Meleney,  took top prize. Her choice of main was the herb-encrusted venison loin, which was served with citrus smashed potato and chocolate soil and drizzled with a chilli and orange reduction, R189.  She received two generous hunks of rare venison, and a healthy mound of potato. Despite being a little chewy, the venison was full of flavour, while the chilli and orange reduction packed a hefty punch.
For dessert we shared a “pistachio creme cotta;  a sweetened mousse, white chocolate shards and pistachio soil”, R67. It had a very odd texture. Meleney likened it to a sponge exercise ball. Still, it tasted pleasant and looked pretty.
The menu is sensibly small. There are three starters, which include a prawn soup and arancine (risotto balls filled with lamb mince and Parmesan). Four mains include a beef fillet with roasted red pepper and butternut puree, and a shiitake and truffle risotto. Other dessert options include lemon meringue and a chocolate garden, which comes with its own story – recounted on request by your waiter.
You’ll find Story in a boutique hotel in Lumsden Crescent.  The decor is largely white with distressed white wooden floors, white dining chairs, white walls, white-framed mirrors and a white server. The look is more rustic beach cottage than sophisticated fine dining restaurant.  Unfortunately, Story also lacks ambiance or vibe. Happily, though, our waiter Sizwe was superb.
I hope I haven’t sounded too negative as I think Damien has huge talent. But he must realise people go out to eat – not to look at food.  Our bill came to R535. – Ingrid Shevlin, November 2016. 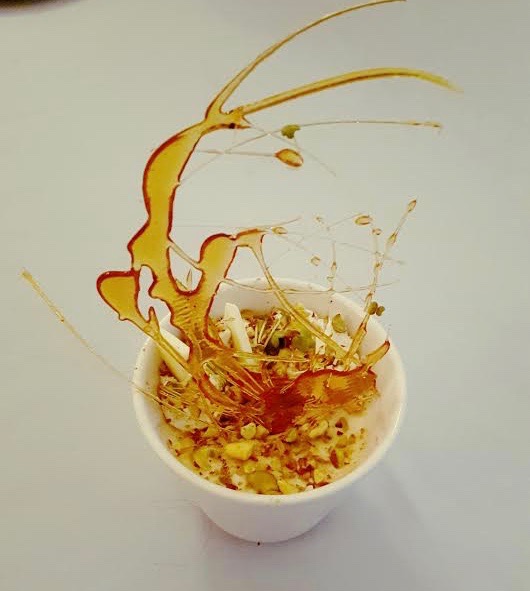