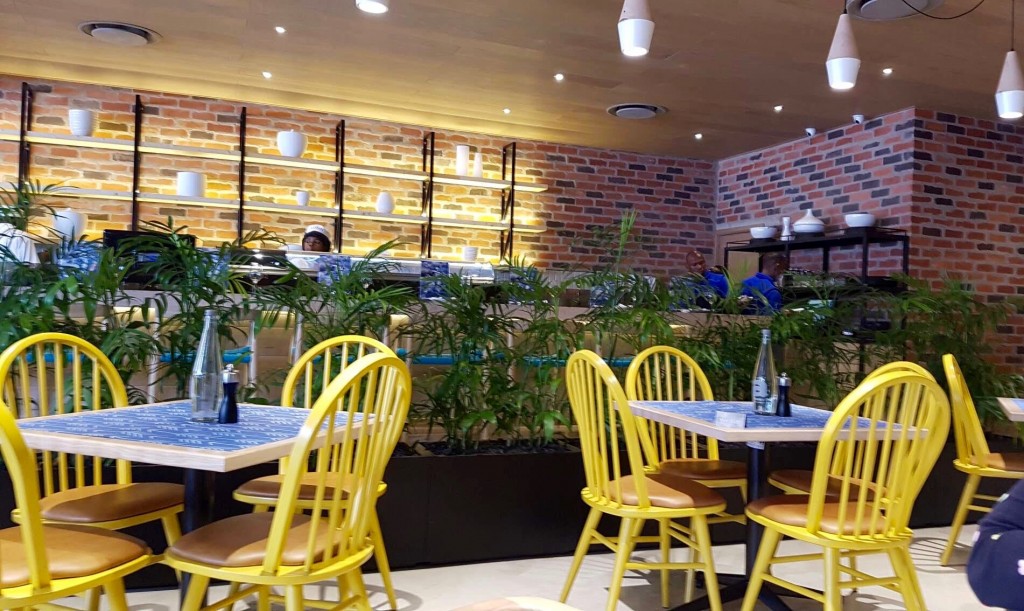 Interior of Catch, a new seafood restaurant in Umhlanga 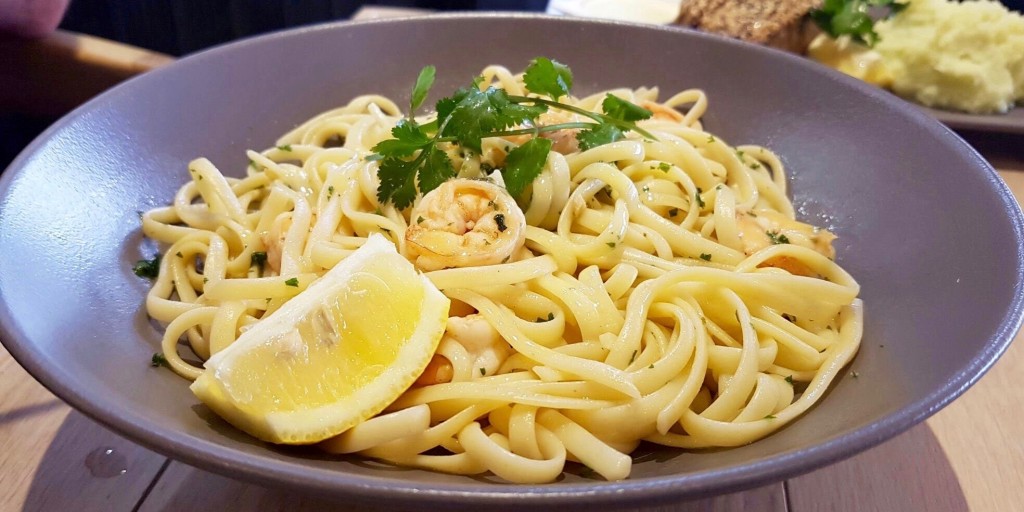 A new seafood restaurant has opened in Umhlanga and the jury is still out,  writes Ingrid Shevlin

Catch is the newest restaurant on Chartwell Drive, a space already so crowded with eateries it’s a mystery how they can all be busy – or profitable. Just a few weeks back I reviewed another new restaurant, the Chefs’ Table, literally across the road from Catch. The Chefs’ Table seats well over a hundred diners and boasts exceptional cooking. Judging by the social media buzz it’s finding favour.
Others in the area are taking strain. They’ve been around the block and back and even though they serve consistently good food, are being eclipsed by the super cool ( like 14 on Chartwell)  and the shiny new, like Catch, which is  already packing them in. This is something of a mystery. Don’t get me wrong. There are many positives about Catch.
It’s a very appealing space that is a clever mix of sophisticated and industrial. The design elements are on the minimalistic side, but the ambiance is softened by the warm lighting and  a row of palms that separate the eating area from a service area. Service is efficient, the vibe is warm.
It’s the food we ordered that was puzzling. It ranged from a superb seared tuna to a prawn linguine so bland nothing could rescue it from the bottom of the taste barometer.  And believe me, I tried. 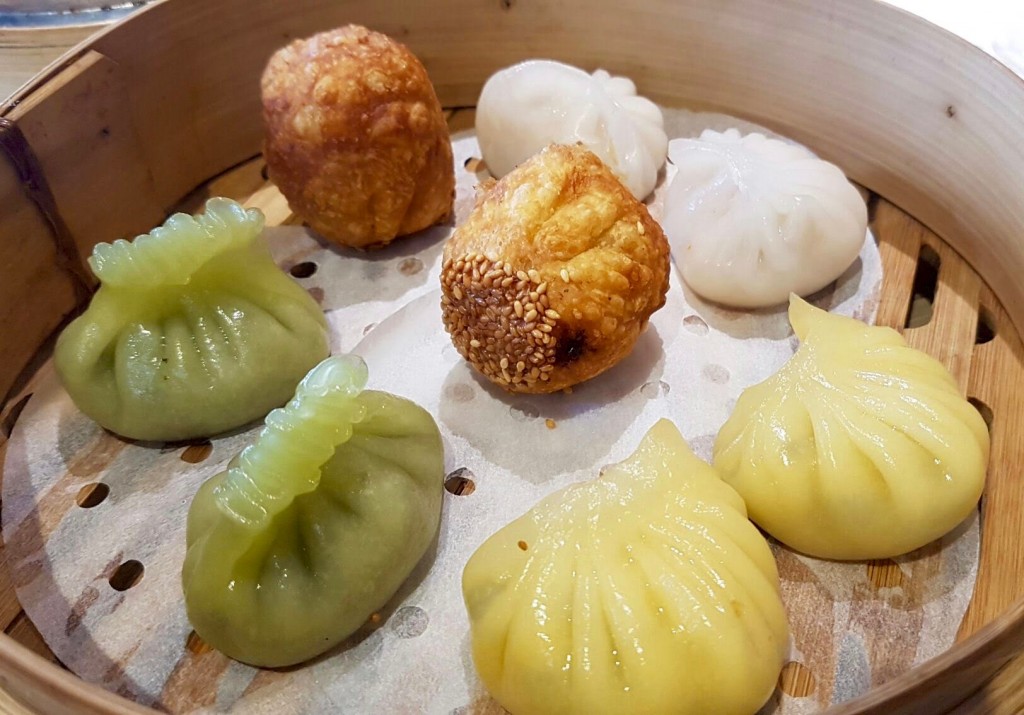 Catch is, as I understand it, part of the Chartwell on 14 restaurant stable. So there are franchise elements to the menu. In other words, not much room for innovative cooking. Although the chefs will be able to play when the specials come on board.
Menu is extensive – and on the conservative side. Starters include spring rolls, crab cakes, seafood chowder and a mussel pot. Then there are salads and a dim sum selection which can be ordered individually or as a platter. A sushi section follows, which includes traditional, new style sashimi, signature sushi and platters.
Under ” hook, line and sinker” you can order, fish and chips, kingklip thermidor, line fish of the day and calamari.
There’s also also seafood combos and signature mains, which range from Peking duck and sizzling beef to seafood pie and the inevitable peri peri baby chicken.
Under ” handhelds”, you can opt for salmon and shrimp burger or a fried fishwich.
We started by sharing a dim sum platter, R135, which included fillings of spinach and cream cheese; pawn and shiitake mushroom; smoked salmon with cream cheese and chilli, and pawn potstickers. All very nice with the dim sum tinted in colours to match the fillings. Not traditional, but pretty to look at.
Then came our mains. My  prawn linguine, which was ostensibly flavoured with garlic, white wine, olive oil and fresh herbs. The serving was ginormous. Between Jono – my son-on-law – and I we managed to eat a third of the pasta. Although sadly the large and plump prawns were completely overwhelmed by the pasta. I asked for lemon, then more garlic and then chilli. I tried salt – it lacked seasoning – and more salt. Nothing worked. We ate the prawns and I took the pasta home where it made two meals topped with red pepper pesto.
Jono opted for the seared tuna, which had been marinated, coated in sesame seeds and  seared. It was served with wasabi mash and a mayo-based sauce, R170. It was a large portion, seared to perfection and sublime to taste.
The daughter opted for grilled calamari, R125 and while it was perfectly tender it also lacked in the flavour category. Although she rated her side dish of savoury rice as one of her best.
So,  a mix of food that was not cheap. Our bill for three came to R649 and included soft drinks and two pretty good cappuccinos. That was a pleasant surprise
It’s hard to know how to sum up Catch. It has potential, perhaps. And I do think that. The specials might make a big different but so far, not particularly exciting cooking. – September 2016