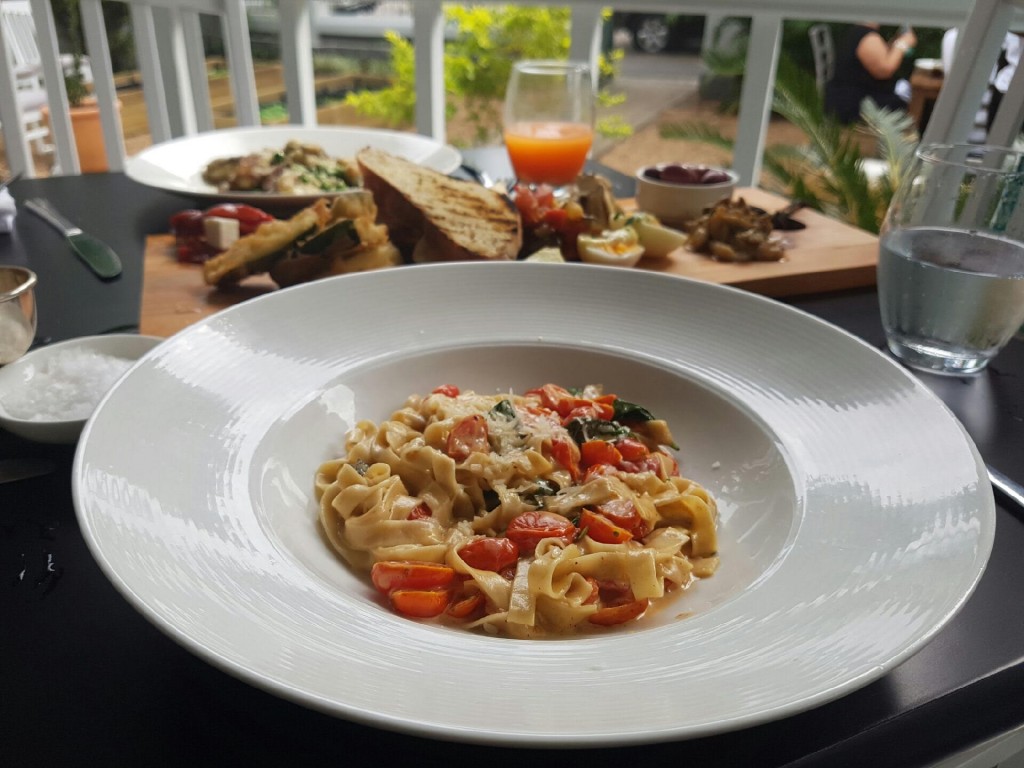 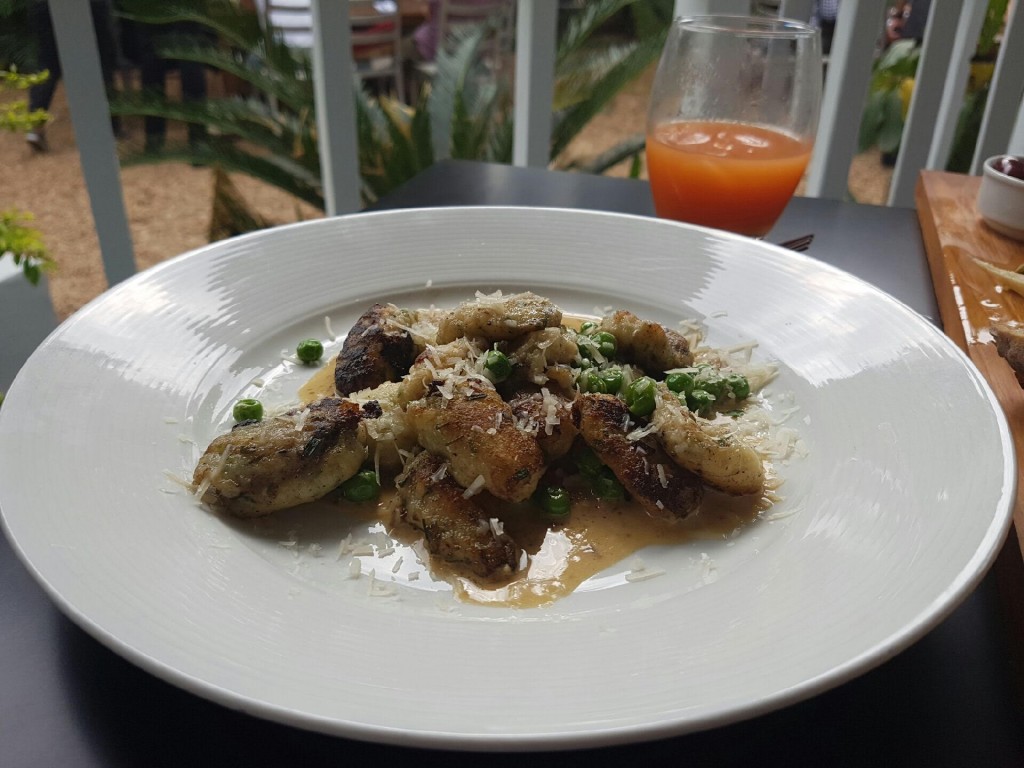 Gnocchi to die for 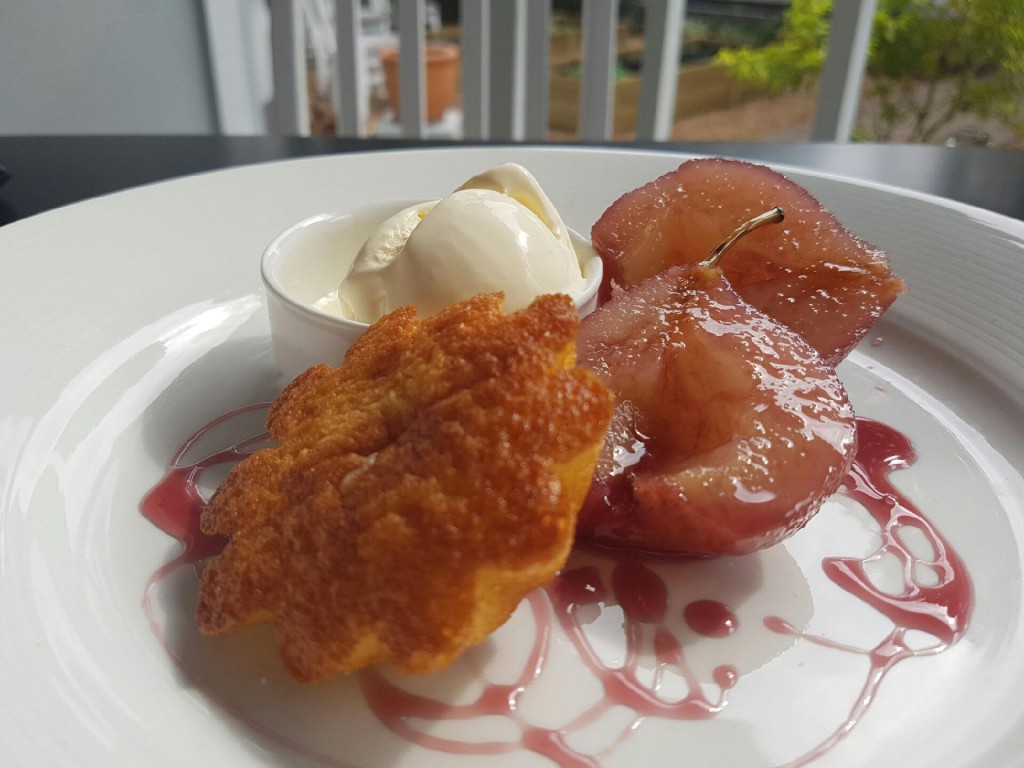 When Adam Robinson arrived in Durban to open the Glenwood Bakery he had already enjoyed acclaim as a chef and restaurateur in France and in England. So, it didn’t take long before his bakery became the byword in artisanal bread in the city. Later when he introduced pizza nights, people queued for the chance to sample his wizardry with flour, yeast and water.
So, when Adam decided to open a full-fledged restaurant in another part of Glenwood, there was so much buzz you would have thought he was the second coming. Everyone and their parrot clamoured for a table.
But, I suspect this caused Adam more problems than he anticipated – as our mixed experience suggests. To find yourself literally engulfed by diners from day one is a challenge few other restaurateurs have had to face.

I visited the  restaurant twice in four days and had very different experiences. The first was unmemorable the second, very memorable. Happy days.
The restaurant is housed in a beautiful example of an early 20th centre Berea home. It has pine flooring, high ceilings, sash windows and lacy fretwork edging the verandah roof. The garden is lovely with pretty trees and beds of herbs and vegetables
The main menu is primarily pasta. Starters include two antipasto, one meat, one veggie, plus oysters, and buckwheat blini with smoked salmon and creme fraiche.
For mains there are five ways with pasta – made fresh daily – plus baked salmon with baby potatoes and salad; a chicken breast served in an aioli broth; and a sirloin with herb butter.
Above that are daily specials which, I assume, change regularly. The items on the specials menu looked virtually the same for both visits, although they were dated differently.
On my first visit I was accompanied by three FFFs; formidable foodie friends. Although demanding, they are forgiving especially as we were there on it’s second night of opening.
The successful starters were the buckwheat blini with smoked salmon, R60,  and special, stracciatelle, R35. This is an Italian soup into which egg is beaten. It had a unusual but very pleasant flavour.
The rocket, roast tomatoes and gets cheese salad, R45, was unmemorable, as was the watermelon, red onions and feta salad served with pomegrenate seeds, R40. This had probably been made too early as the watermelon was soft. These were both from the specials menu.
Two mains from the specials were ordered. Grilled tuna with black bean dressing and chinese cabbage salad, R120. This had an odd taste and texture I found appealing. One FFF opted for the chump of lamb with spiced aubergine and tzatsiki, R140. She felt the lamb was too rare and sent it back to be cooked more. It was also served with a thick border of unrendered fat. Unappealing.
The two other FFFs ordered the grilled sirloin with herb butter, chips and salad, R130 and were not overly-impressed with the steak.
We fared better with our desserts, plum and almond tart, R40 and fig and gorgonzola desert, R40, both of which were delicious.
On my second visit I took the daughter and son-in-law and focused on Adam’s pastas – and hit pay dirt, so to say. It’s hat wizardry with flour again.
We started with a vegetable antipasti which included olives, marinated porcini mushrooms and artichokes, battered courgettes, and peppers, served with Adam’s bread, R80. Easily shared among three and the perfect starter.
For my main I opted for potato gnocchi with peas and bacon, R75, which was easily one of the best gnocchi dishes I’ve had in years. Sublime in fact. The son-in-law was as delighted with his porcini and oyster mushroom risotto, R75. The daughter enjoyed the subtle flavours of her tagliatelle with cherry tomatoes, basil and cream, R55.
You can also opt for open herb ravioli with ratatouille, prawns and beurre blanc. Will try that next.
For dessert we had souffle beignets with vanilla ice-cream and hot chocolate sauce, R40 and a poached pear dessert served with saffron vanilla ice-cream. Both were sublime.
The service at the Glenwood Restaurant was excellent and friendly and Adam’s daughter was a most charming hostess.
I have no doubt the Glenwood Restaurant will go from strength to strength. Be warned though, it’s quite noisy inside as there are no softening elements
They don’t have a liquor licence and you can BYO. I’m slightly confused about corkage. Check when  booking. 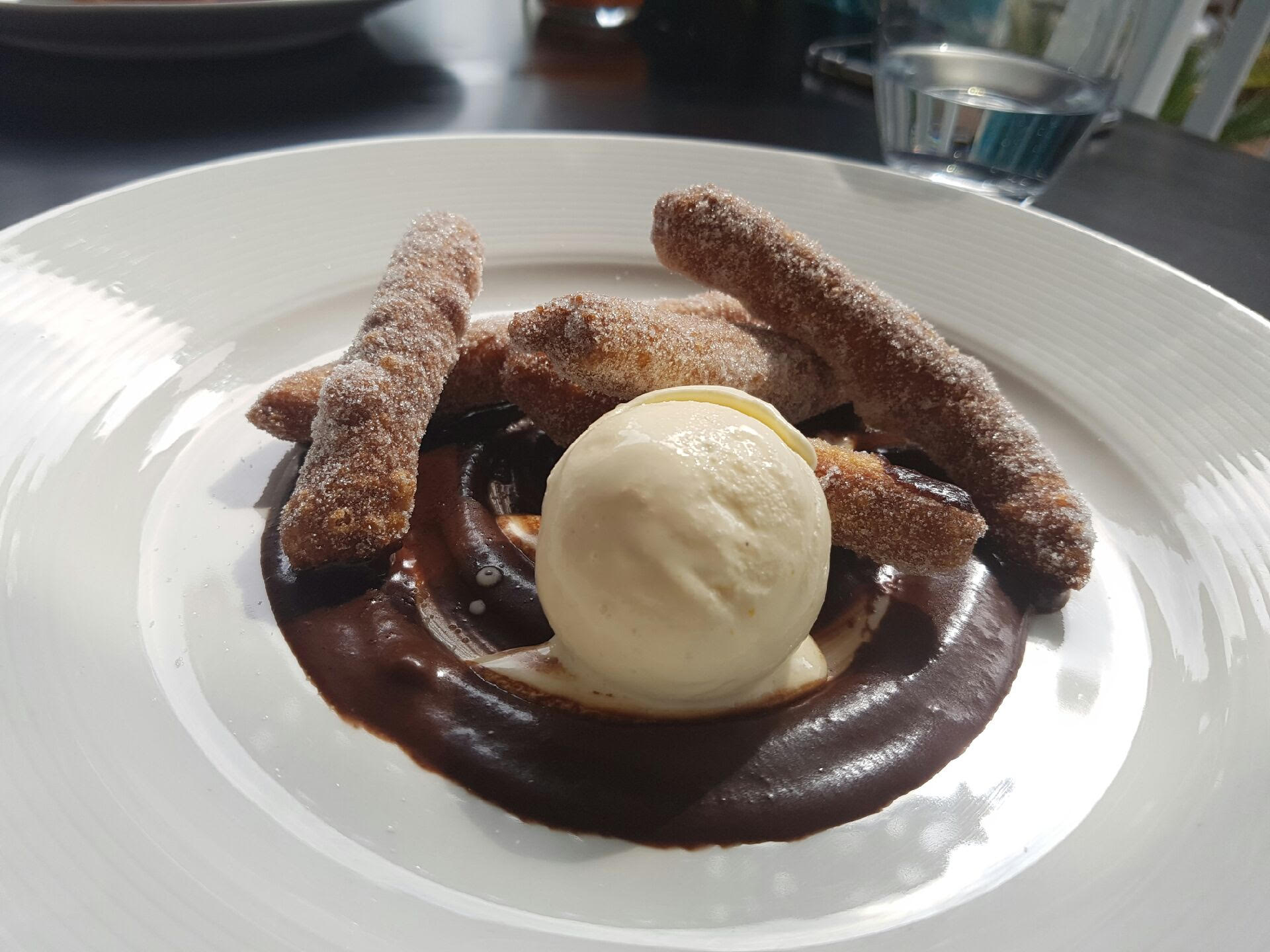