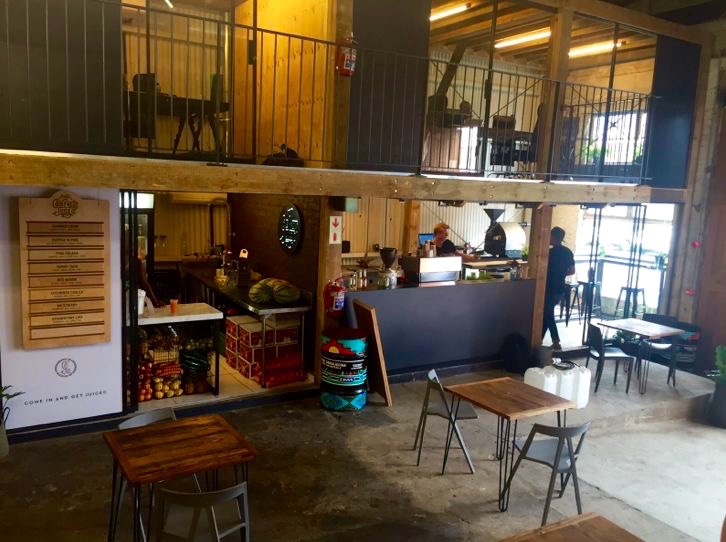 Firebird Coffee Works, one of tenants at 8 Morrison Street. Picture courtesy of The Coffee Mag 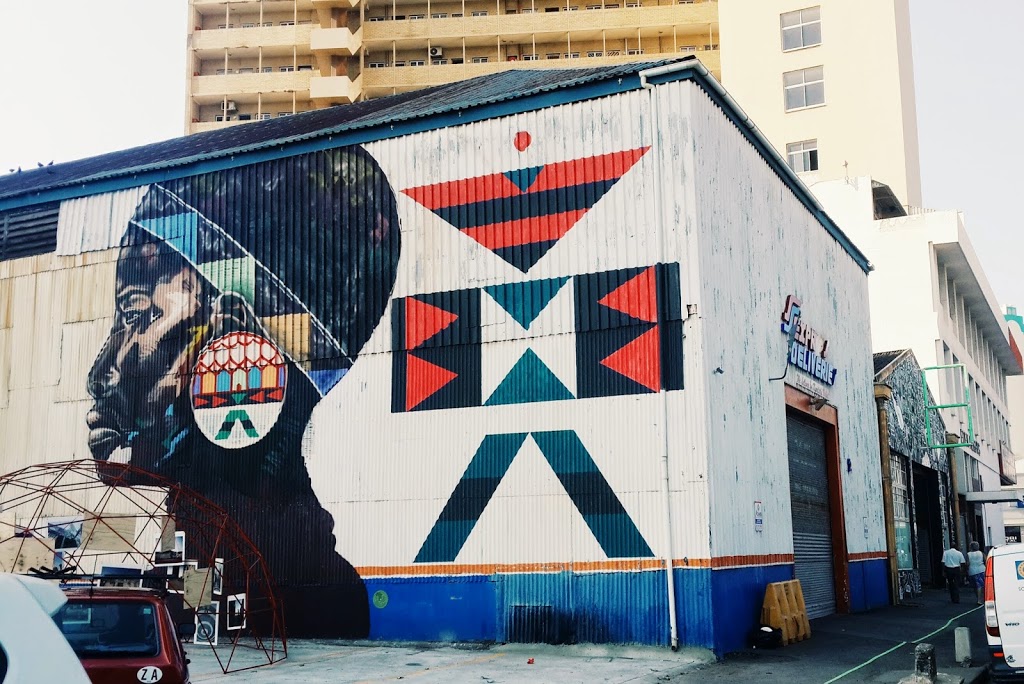 The outside of 8 Morrison Street. Picture courtesy of Propertuity

8 Morrison Street was launched with much fanfare in 2014. Its brief was to offer an affordable platform to young, local creatives.

8 Morrison Street is alive, but is it well?
The regenerated warehouse in Durban’s Rivertown Precinct is an amazing space architecturally, and its launch during the Architects’ World Conference in 2014 made sound sense.
After all, it was intended to form part of the city’s urban regeneration programme in certain areas, of which Rivertown is one.
The creation of small pods (shops) along the sides and on the mezzanine floor of 8 Morrison was aimed at offering  young, local artists, crafters and other creative people the opportunity to showcase their work, and make a living. It was a brilliant plan. It is a beautiful space and many young creatives simply can’t afford the rent at more commercially-driven properties.
So what’s wrong with this picture?
Well, I popped down there one lunchtime last week to find only a scattering of  visitors. Okay, it was during the week, but it was during lunchtime. It should have been buzzing with activity. People should have been lunching, sipping coffee and browsing the shops.
But they weren’t. And there was not one place to eat. How weird is that. Eateries are guaranteed to bring in visitors.
Tenants I spoke to were worried. Few visitors meant less income. How long could they survive, they wondered?
And there were still many empty pods.
What’s there already is great. Firebird Coffee Works where they roast their own beans and make great coffee. Nice space. And a place to sit and chill and sip. There were some clothing shops selling locally designed clothing, a decor shop or two, a spa and beauty shop and 8Organics, a shop selling organic food. How great is that. Also, a fresh juice company.
On the mezzanine level there were tenants like graphic designers.
But there’s light at the end of the proverbial tunnel.
Reece Easthorpe, who represents the property developers, Propertuity, revealed that nine new tenants would soon be renting space – and three of them would serve food. I asked who they were and the company’s vision for the future.

Some of these tenants will be in occupation by the end of the month, he said, others at the beginning of June.
As for their mission and vision, he said, “to continue to curate the development in response to the needs of the Durban Youth Entrepreneurship audience. We feel it imperative, however slow, to provide a space for Inner City youth in, which they are inspired and challenged. A creative environment which stimulates art and design to an audience who have not had the opportunity to explore such in a building that boasts such amazing Urban Regeneration.”
A bit formal, but you get the picture. The important things here is none of this will happen unless it’s supported.
There are also regular weekend events at 8 Morrison. Check out Shrewd Food’s Facebook page for details. Or open their Facebook page, Rivertown Triangle.
So go and support Morrison Street. You will feel better for it.