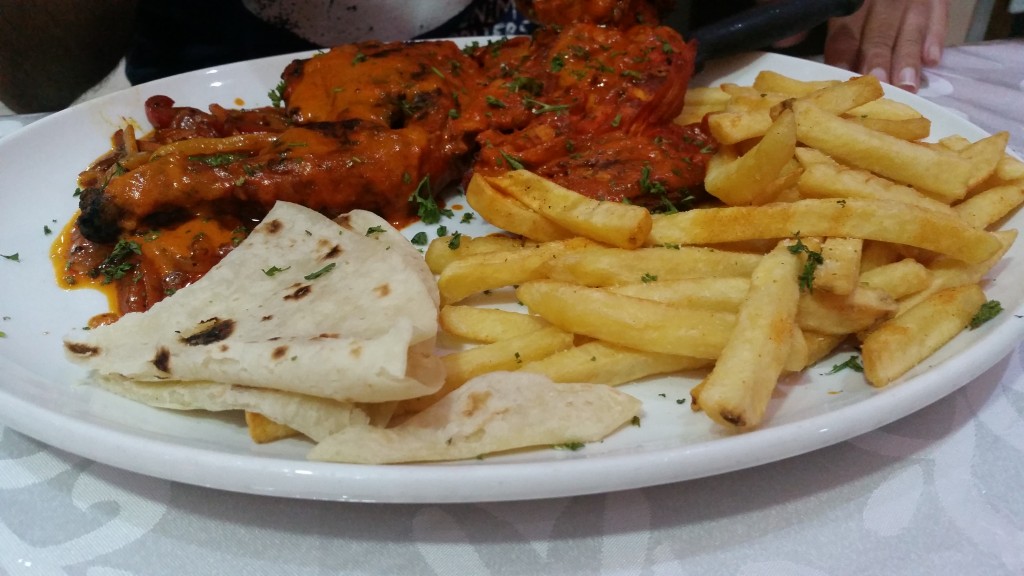 In my experience, too many Halaal restaurants are relying on that certification to bring in customers. And it appears to be working. I mean, have you noticed how Halaal-certified restaurants are always busy? Which is probably why the owners see little point in going the extra mile to serve food that is tempting to the eye and palate.
A good case in point is Zambeze in St Thomas road. Musgrave. Last week fellow foodie Frank Chemaly and I dined there. Our food was grim. But, around us our fellow diners were eating pretty much the same food – and no one was complaining. Perhaps they were there for the social interaction not the food.
Frank and I hoped for more. But didn’t get it.
Then there was our waitress, willing enough, who nearly did my head in.

WHAT’S IN A NAME?
For many years the restaurant was known as Jimmy’s Killer Prawns – also a halaal restaurant. I reviewed the food there once and found it bad.
Then, towards the end of last year, Jimmy’s name came down and for a few weeks it was a restaurant with no name. Then the words Zambeze Restaurant appeared on the front with “Home of Mozambican cuisine” below. However, their Facebook page refers to it as a Portuguese/Seafood/African restaurant. On their till slip is says “225 on Musgrave”. Talk about an identity crises. 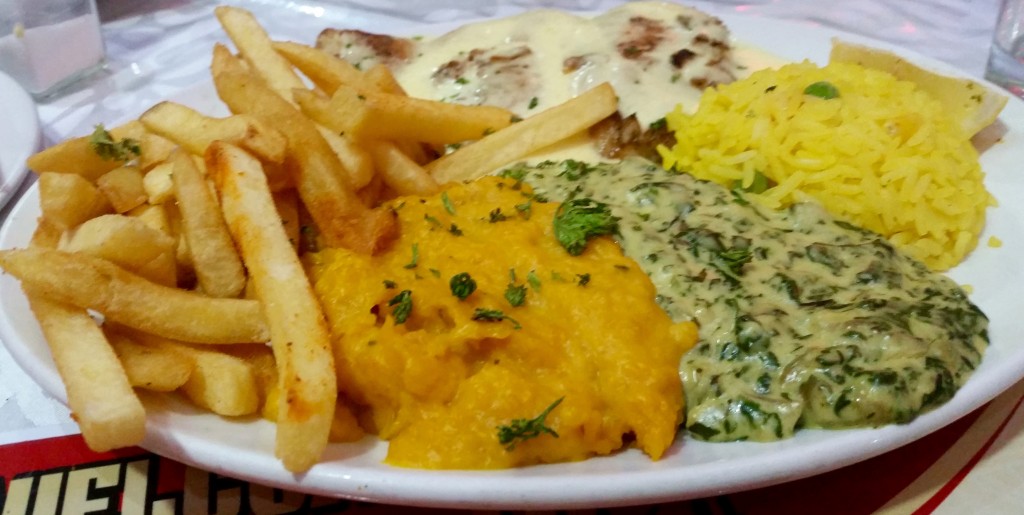 TO THE FOOD
Their food, largely seafood with a few vegetarian, curry, salad and pasta options, has only the remotest of connections with Mozambique or Portugal, food or otherwise.
Still, the seafood selection is comprehensive, as is their combo section. There are two pages of options for family sharing.
We started by trying their prawns. I ordered their queen prawns – three for R55 – with butter and lemon. Frank ordered the creamy prawns, R56.
I was served three modestly-sized and uninspiring prawns smothered in a full-on sauce which was without seasoning. Ironically, Frank’s creamy prawns at R56 were much better value. Not only were his prawns the same size as mine, but he was served six. They also looked and tasted better – although his sauce was bland, bland.
While I was dithering over a choice for my main I asked our waitress what the line fish was.
“A little fish”, she replied. Confused, I asked her to repeat it. She did.
Frustrated, I asked her to check with the kitchen. She returned with a piece of raw, filleted fish on a plate and showed it to me.  Again I asked her what it was.
“A little fish” she repeated.
Giving up, I ordered the kingklip, R140, with a garlic butter sauce, which was served with chips, butternut, creamy spinach and rice. All of this was slopped on the plate, canteen style. The kingklip, smothered in a creamy sauce, had been cooked into oblivion. The chips were cold the spinach had a strange taste. The butternut was the best thing on the plate.
Frank ordered the chicken tandoori, R75. An alternative would have been chicken with picante sauce. This is a South American sauce of  tomato, onion and jalapenos. It’s like salsa but smoother.
Frank found his chicken dry and very, very hot. In fact, it numbed his mouth. In retrospect I wonder if he was not served tandoori marinaded chicken topped with the picante sauce as the till slip referred to his meal as “chicken picante”.  Not wanting any veggies he asked for roti. They served him one roti plus the chips, which he said were also cold.
Our  bill came to R358 without tip and three soft drinks.

LOO REVIEW
Frank is not sure if he went to the staff loo by mistake but the gents loo he visited seemed to double as a storage unit.

SERVICE
Friendly. And they did try and help.