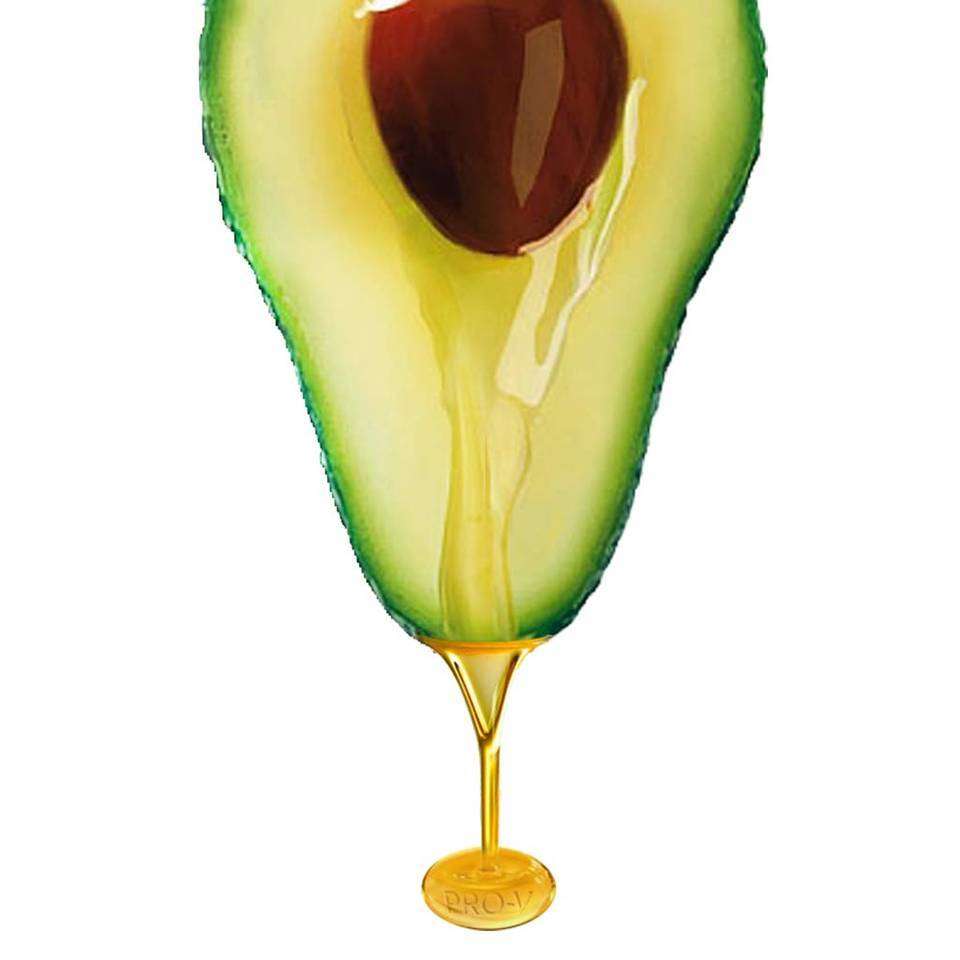 Avocado oil is taking over from coconut oil – and there is no question mark hanging over it like coconut oil.

Shrewd Food reveals the new superfoods for 2016, courtesy of the Daily Mail and musclefood.com. Out goes coconut oil. In comes avocado oil. Out goes juicing. In comes souping. Out goes kale. In comes seaweed. Plant-based proteins are taking over from meat – apart from one special cut of beef that is cheap and tasty. Teres major (named after a muscle in the shoulder) is the name of the cut and it’s really exciting chefs. And black is the new white – as in black rice and black beans.
While some of the items might already be staples in your kitchen, some are a little exotic for us South Africans. Think Birch tree water! Still, anything is available to buy on the internet if you have the will – and the cash.
At the end is a delicious chicken and vermicelli recipe for souping. 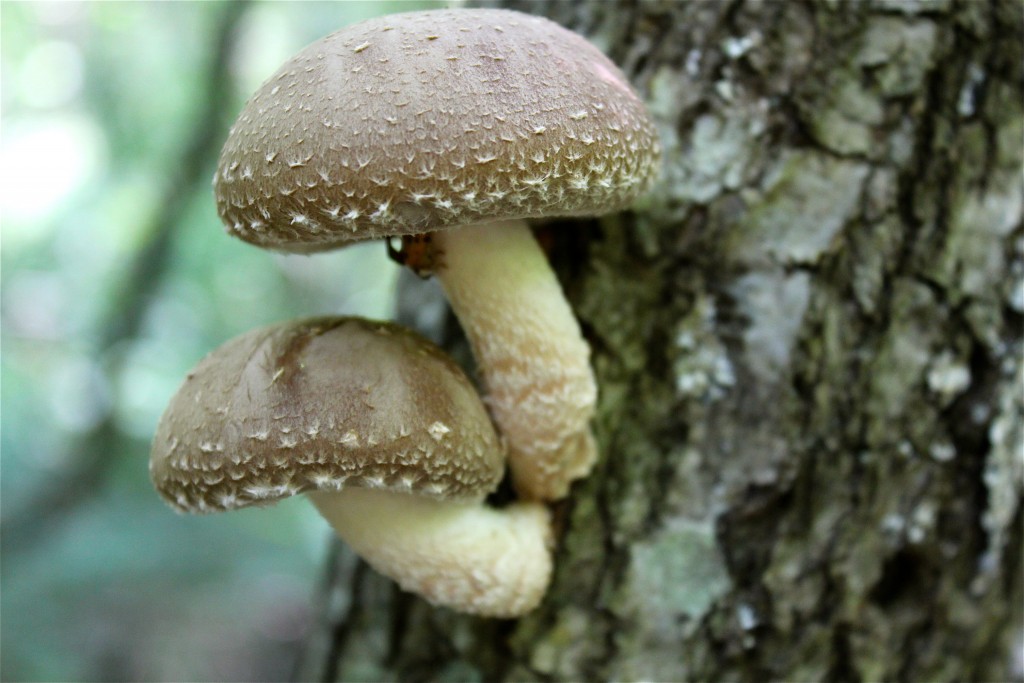 Seaweed
Seaweed has more vitamin C than an orange and loads of calcium, iodine, fibre and minerals. Jamie Oliver claims it is “the most nutritious vegetable in the world”. Problem is where to buy it? Best chance is an Asian deli. Try the Ho Chi Fresh Market at 8d Mackeurtan Avenue, Durban North (031 564 7615). Dried seaweed is better for making strongly umami-tasting stocks, while fresh seaweed varieties can be cooked and served alongside a seafood dish or in soups.

Souping
Making your own soup (with healthy ingredients of course) is the liquid fad of the year, especially as store-bought soups often contain preservatives and other chemicals. And the best thing is that it can be made in advance and frozen until needed. Unlike the results of juicing which have to be drunk immediately. At the end is a really tasty recipe for chicken soup.

Avocado oil
Avocado oil is high in monounsaturated oleic acid and is a heart healthy fatty acid. The oleic acid is also resistant to oxidation so can be stored for longer.
The vitamin E in avocado oil can help strengthen the skin and boost the immune system. It also doesn’t have a question mark hanging over it like coconut oil, last year’s superfood. Easily available at good food stores like Woolworths. Twenty-seven awesome uses for avocado oil from www.nutritionsecrets.com/27-uses-avocado-oil/

Natural Sweeteners
With cane sugar being declared bad for you, the health conscious who like a little sweetness in their lives are looking for natural alternatives instead of artificial sweeteners. Raw honey and agave are two alternatives. Stevia and coconut sugar are others. These, by the way, are available at health food stores and Dischem. New is lucuma or monk fruit which needs less processing. Also Yacon syrup, a low glycemic, low calorie sweetener extracted from the Andean yacon root. Monk fruit sweetener is a natural sugar substitute made from the super sweet luo han guo fruit, native to Southern China. Lucuma, native to Peru, Chile and Ecuado, is the fruit of the lucuma tree. Try Earthmother Organic in Windermere Road or go online. There’s a wealth of information about these alternatives and opportunities to buy.
The site www.superfoods-for-superhealth.com/lucuma.html has fascinating info on lucuma, for instance.

Mushrooms
Rich in vitamin D, mushrooms add flavour to food and reduce the need for salt. Also a good source of B vitamins. The selenium and ergothioneine content may help protect our cells from damage. Shitake mushrooms contain compounds such as AHCC, eritadenine and lentinan, which help boost immunity and lower cholesterol. Studies have also shown that type 1 diabetics who consume high-fiber diets have lower blood glucose levels and type 2 diabetics may have improved blood sugar, lipids and insulin levels. One cup of grilled portabella mushrooms and one cup of stir-fried shiitake mushrooms both provide about 3 grams of fibre.

Plant based proteins
Think lentils, mung beans and peanuts which are cheap and tasty alternatives to getting your protein intake from meat.

Black pudding
Blood sausage is packed with protein and is practically carb free – good for banting diets. Also a good source of protein, potassium, calcium and magnesium, zinc and iron. You’re unlikely to find this at your local supermarket, but chat to your butcher.  Or try Hope Meat Supplies in MacKeurtan Avenue, Durban North, which is owner run and only supplies humanly-harvested meat. 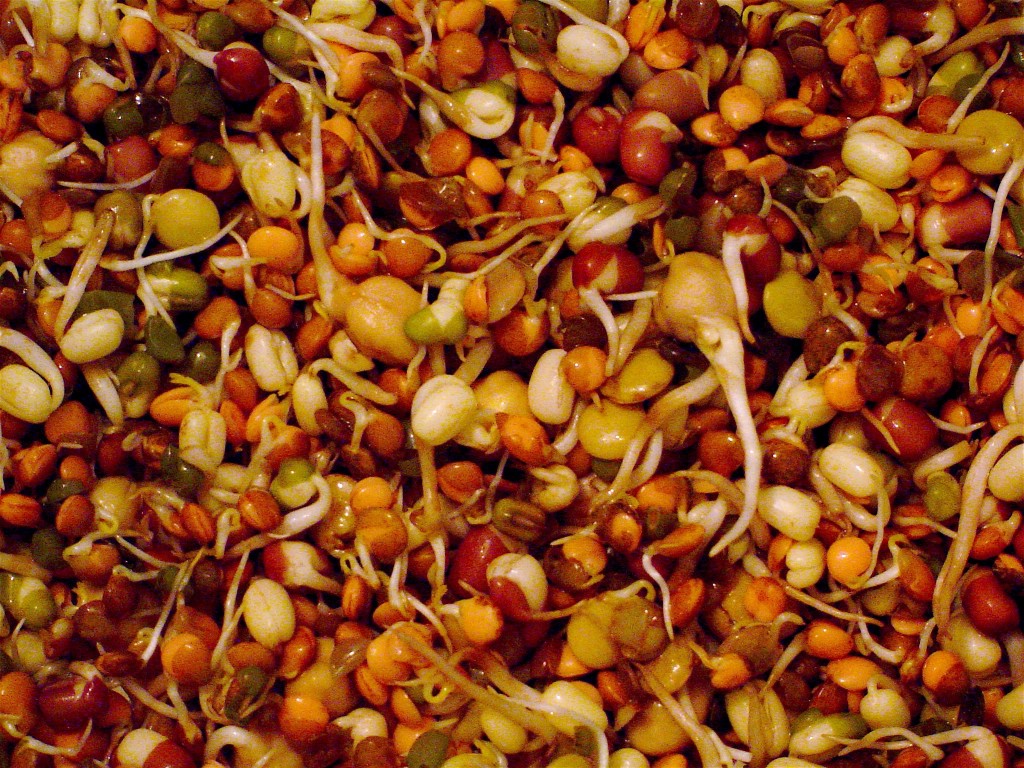 Sprouted grains
It seems the trend for sprouting never quite goes away.  Sprouted grains, unlike whole grains, have begun germination so they are easier to digest. They are packed with
B vitamins, vitamin C, folate, fibre, and essential amino acids. Sprouted grains are also less allergenic to those with grain protein sensitivities. Can also be used in bread. So what grains are sprout-able? All of them as long as you are using raw grains, meaning grains that have not been processed, heat-treated or roasted, from corn to spelt, buckwheat, barley, oats and rice. How to sprout grains from http://ohmyveggies.com/how-to-sprout-grains/

Maca Root
Also known as Peruvian ginseng, the root is most commonly available in a powder. It can be added to smoothies, juices and puddings. Powdered maca contains vitamin B1, B2, C and E as well as calcium, magnesium, phosphorous, potassium, sulfur and iron, and contains trace minerals, including zinc, iodine, copper, selenium, bismuth, manganese and silica. Powerful stuff.

Kohlrabi
This ‘turnip cabbage’ is very rich in vitamin C. While the leaves and stems taste like cabbage, the tastiest part is the base with has a sweet radish flavour. Rich in vitamin C and fibre. Eat raw in salads or roast and stir-fry. 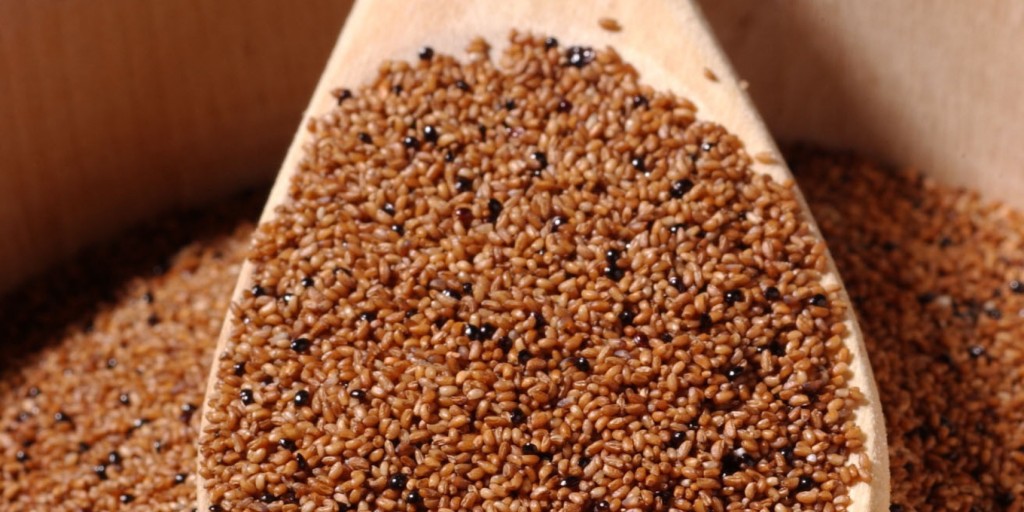 Teff
Teff is set to take over from quinoa (thank God as quinoa is totally tasteless). This Ethiopian gluten-free tiny seed (which is made into a flour) is high in calcium, iron, protein and amino acids. The grain can be used as a substitute for wheat flour and used to make anything from pizza bases to bread.
According to https://www.organicfacts.net/health-benefits/cereal/teff-grain.html  “There is no known allergenic elements to teff grain, nor have any side effects been reported with any consistency. In other words, it’s simply the best grain option out there, without any downside.”
Of all the gluten-free grains it has far more calcium, copper, dietary fibre, iron, manganese, thiamin, vitamin K, and zinc than quinoa. Also good for blood sugar management, weight control and colon health. There are two Ethiopian restaurants in Durban (the Abyssinia Cafe in Cowey road) and another in Davenport (Helen Joseph) road. Am pretty certain they use teff in their flatbreads. It has an interesting taste. Try it. Teff  flour can be bought also from Umhlanga Superspar.

Black Rice
Full of antioxidants and vitamin B1, it has 30 times more fibre than white rice as well as a unique nutty flavour. Apparently black foods have more antioxidants than light-coloured foods because of their high pigment content. Black rice also contains large amounts of the antioxidant anthocyanin.

Tree Water
No, this is no joke. Tree water is a natural source of electrolytes and is extremely thirst quenching. The water is harvested in spring when nutrient-rich sap travels up from the roots of the tree to the branches providing life to the new leaves. It’s also rich in antioxidants. Birch trees are apparently the trees to drink from. No hope it’s sold here, but you can order from  hello@sibberi.com

Sweet potato flour
It’s gluten free and paleo friendly. Sweet potato flour is very versatile and can be used for baked goods, as well as a thickener for soups, sauces and gravies.  Flour is high in fibre, vitamin A, iron, and calcium. Recipes for the flour from https://recipeland.com/recipes/list?q=sweet+potato+flour

Teres Major
A relatively unknown cut of beef shoulder, this is destined for superfood status in 2016 . The meat from this area is super lean and has the same texture as fillet but is much cheaper. British chefs are outdoing each other to make nutritious use of this unknown cut of beef.

1  Heat the oil in a saucepan over a medium heat.

2  Add the leeks and cook, stirring often, for 3 minutes, until softened.

3  Add the carrot, garlic, ginger and celery; cook for a further 5 minutes. Add the stock, bay leaf and chicken, cover and bring to the boil.

5  Remove the chicken with a slotted spoon and roughly shred the flesh, discarding the bones and any loose skin. Set aside in a dish.

6  Add the noodles to the soup, partially cover and cook according to the packet instructions, normally around 8 minutes, then stir in the shredded chicken.

7  Cook for another 2-3 minutes and season to taste. Remove the bay leaf. Serve the soup in bowls sprinkled with the parsley, with lemon wedges on the side to squeeze over.