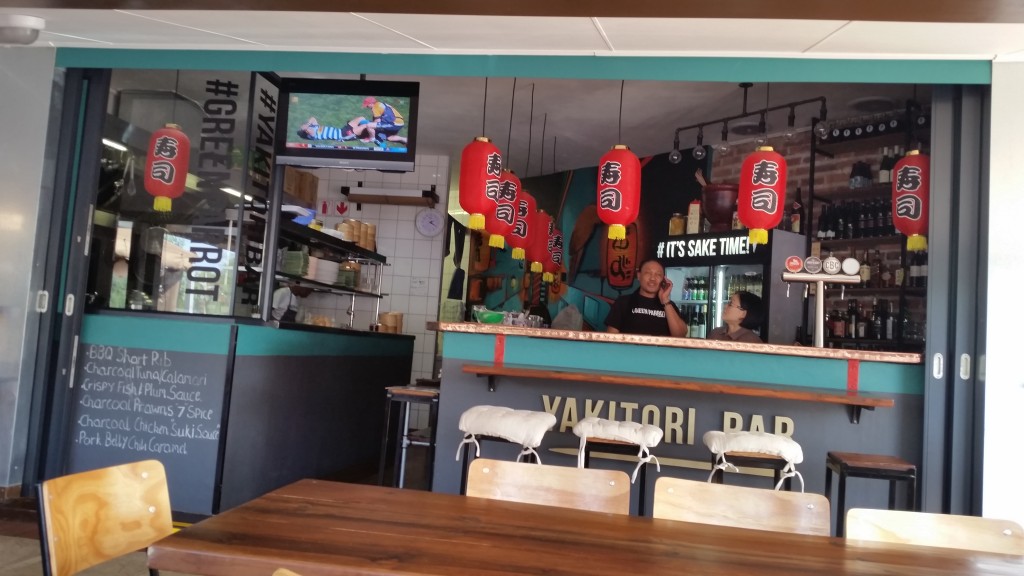 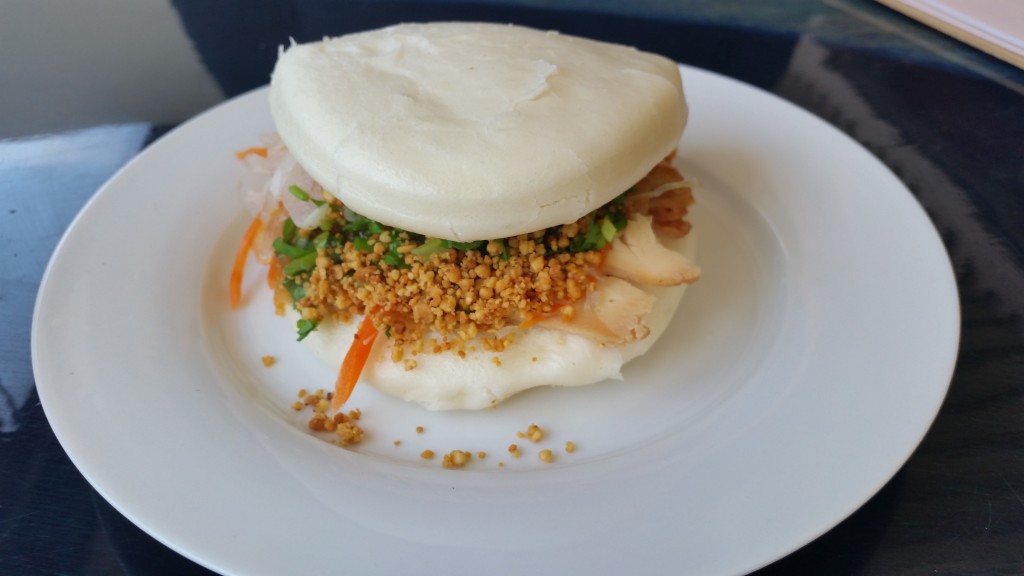 There we were one sunny Saturday looking for a place to eat in Mackeurtan Avenue when   we spotted the Green Parrot alongside the Wok Box. It has been open for two months now. It’s always good to know the face behind a new restaurant. It reduces the chance of you wasting your money. Is it an old hand who has a proven track record?  Or is it some youngling who likes to party and thinks it would be fun to open a restaurant.
Food? Oh do I have to provide food, too?
Yes, numskull.
Oh, okay, let’s serve, um burgers and craft beer. Or let’s do Mexican. That’s easy. Refried beans, chopped tomato and tortillas. Anyone can do that.
Happily, the face behind Green Parrot is Sean Beatt, who falls into the first category.
In fact, I can thank Sean and his Thai wife for my very first test of of exotic food. The couple opened a Thai restaurant on the corner of Windermere and Innes road in the 70s, if I remember correctly. What I do remember well, though, is the taste of that whole steamed fish flavoured with lemongrass, ginger, garlic, lime and a hint of chilli. It was ambrosial. Thanks Sean, you helped start me on a food journey I’m still on.

THE LOOK
The Green Parrot merges seamlessly with the Wok Box, which is also owned by Sean Beatt and serves Thai food. Green Parrot’s look is casual with cheerful red lanterns over the yakitori bar and pretty shades of grey (not 52, Mavis so don’t get your hopes up) with touches of turquoise. The interior houses the yakitori bar, while the main eating area is a terrace sheltered by awnings. It’s a comfortable, casual look.

TO THE FOOD
Japanese with dim sum, noodle hot pots (including crispy duck wontons)and yakitori.  Yakitori is Japanese street food and is traditionally chicken, skewered and  grilled over hot coals. It’s a modest menu helped by daily specials. The yakitori choices here include chicken and pork, which are served with a Sichuan peanut dipping sauce. Korean pepper sausage is also on the menu and served with the same sauce. Also grilled calamari, spicy chicken wings and an unusual version of Caesar salad with black sesame and toasted seaweed matches.
Meleney and I started by sharing a steamed Japanese bun, which is described as a delicate milk bun with BBQ chicken, Sichuan peanut sauce, pickles and spring onion, R54. It was brilliant and the bun was so soft it was like eating marshmallow. Loved the flavours, too. For my main I chose a special, a seared tuna and calamari combo in a spicy sauce, R160, which was served with fried rice. The tuna and calamari were amazingly tender. The sauce was spicy with quite a strong chilli kick. Really enjoyed the meal, but if I had a quibble it was that sauce was a mite too sharp.
Meleney ordered another special; pork belly cubes served with a salad, fried rice and a chilli caramel sauce, R85. She was intrigued by the odd texture of the pork but loved the flavours. Her quibble? It was almost too chilli hot and she likes hot. In fact, I thought she was going to have a heart attack she went so red in the face. So keep that in mind when ordering. Bill came to R339, which included a rock shandy for R25.
Next time we go, we want to try the yakitori.

SERVICE
Friendly but a little inconsistent.

LOO REVIEW
Green Parrot shares a loo with the Wok Box. It’s cute, colourful and quirky with a bucket for a basin and a baroque-style mirror over it.