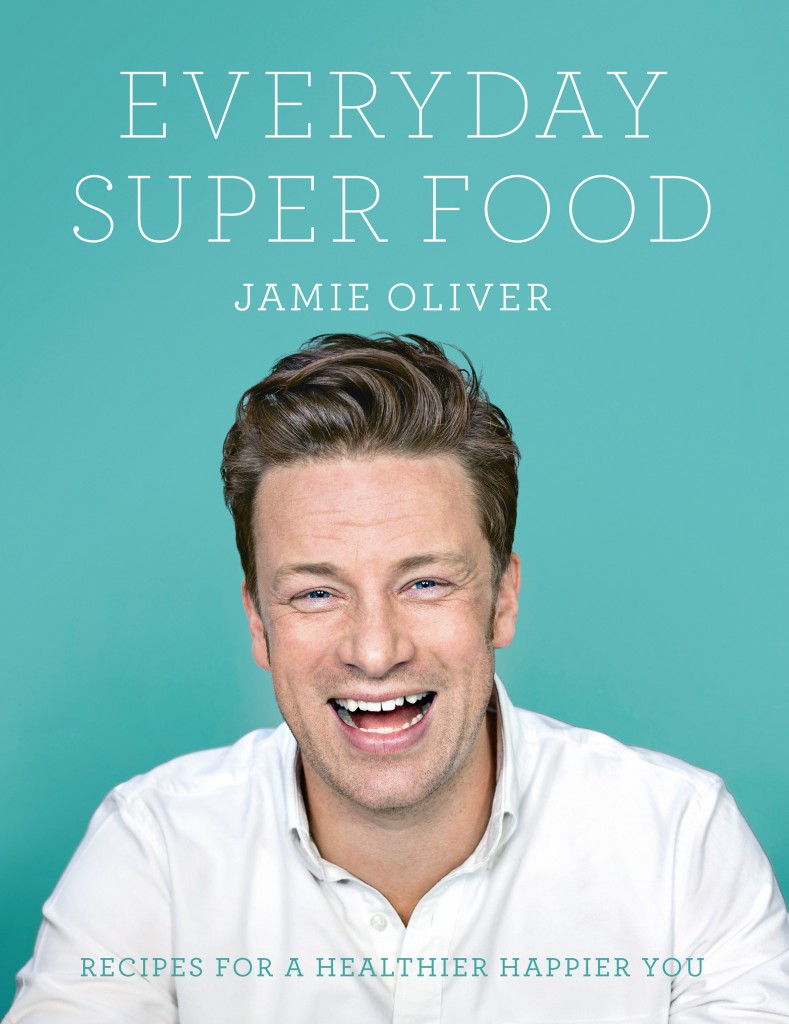 Jamie Oliver looks ten years younger, thanks to his new take on food.

Superfood evangelist Jamie Oliver brings a missionary zeal to his campaign to put the world on the path to better health in his latest recipe book, writes Ingrid Shevlin, who puts two of his recipes to the test

Can you bring about world peace through people’s stomachs? I doubt it but Jamie Oliver is so evangelistic about his mission to change the way people eat he may be on the right track. After all people who lead a healthy lifestyle tend to be happier and more productive – and probably have healthier, happier and more productive children. So let’s say it for food and forget political diplomacy.
The secret to all this is to be found in his new book Everyday Super Food (recipes for a healthier, happier you) published by Michael Joseph and now at a bookshop near you.
The book is the result of a personal journey Jamie undertook, travelling the world to talk to, and learn from, communities who boast some of the oldest people in the world. This is thanks to an active lifestyle, a healthy diet, a strong sense of community and a belief system. This included communities in Okinawa in Japan, the Nicoya Peninsula in Costa Rica, and lkaria in Greece, which has more 90-year-olds than anywhere else on the planet. He was inspired by this journey to turn to a healthier lifestyle himself, losing two stones in the process. In turn, he hopes to inspire you to do the same. The weight loss is the cherry on the top.
The ethos behind his recipes is the balanced plate philosophy, meals that include as many food groups in one meal as possible and all of which are super nutritious.
The balanced plate means: 1/3 of your plate should include vegetables and fruit; another 1/3 should contain carbohydrates (bread, rice, potato or pasta); 1/6 should be a protein; and 1/6 dairy food, with a very tiny amount of fat or sugar.
The book contains 30 meal options for breakfast, lunch and dinner plus a section for snacks which includes dips and nut butters, as well as flavoured waters and therapeutic teas. There is nothing extreme or faddy here, just commonsense.
Be warned though, there are few items that can be considered desserts or cakes as Jamie has declared war on sugar saying it’s so bad for the body it should be taxed. So he uses, for instance, Manuka honey and maple syrup, fresh fruit (like bananas) and dried fruit (apricots and dates) if  sweetening is needed. An example is his recipe for Earl Grey banana bread (under breakfast)  which is sweetened by banana (naturally) and maple syrup and served with griddled peaches and yoghurt. Yum.
The last section in the books explores the different food groups and the vital role they play in our diets. He even ventures into the world of sleep before revealing the secrets to living to a 100.
The book is beautifully laid out and illustrated and packed with all kinds of useful information including the nutritional value of every meal. The more I looked at it the more I warmed to it.
And, just in case, you think he thumbed-sucked it all, he didn’t. He worked with a team of chefs to develop meals that are tasty, and a team of nutritionists to ensure they are healthy.
His recipes include a wide range of ingredients inspired by many of the world’s cuisines.  Also, most are quick and easy to make.
But, if you are a foodie and believe food should be about pleasure first and nutrition second, this is not for you. Instead it’s for the those who wants to change their lives and put themselves and their families on the road to better health.
I put two to the test to check their flavour rating. So did British chef Joanne Golding, but in her case she spent a whole week eating Jamie, so to say, three times a days. At the end it she found the experience a success with her family.

Here are the meals she particularly enjoyed

I was a less enthusiastic about making the wholewheat spaghetti (below) with sprouting broccoli, chilli and lemon, because it sounded bland, but I discovered it was easy to dress up and quick to make. Since I can’t stop myself fiddling with recipes, I changed a few ingredients. I used spelt pasta instead of wholewheat as I prefer the taste (available at Earthmother Organic in Glenwood). Jamie does recommend spelt pasta in other dishes because it’s high in wheat bran fibre and beta-glucans.  In place of broccoli I used asparagus. I also added a sprinkling of Parmesan. Would I make it again? Definitely but with more tweaking.

1  Cook spaghetti according to packet instructions.
2  Peel and finely slice the garlic and put into a large, non-stick frying pan on medium heat with 2 tablespoons of oil
3  Finely grate in half the lemon zest and add the chilli flakes and anchovies
4  Fry for a couple of minutes while you the trim the broccoli and split any larger stalks   lengthways.
5  Add the broccoli to the frying pan with a spoonful of pasta water than cover and leave to steam for five minutes until tender.
6  Use tongs to transfer the spaghetti straight from the water into the frying pan and toss together along with the cottage cheese and loosen with a splash of cooking water if needed. Divide between two plates.
8  Finish with grating of lemon zest and black pepper. 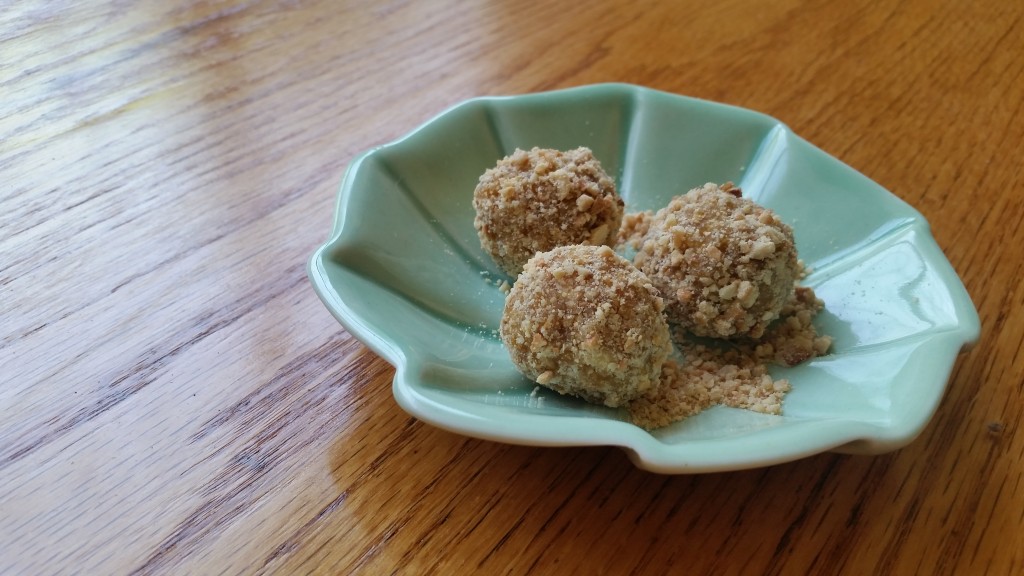 Apricot, ginger and cashew energy balls
For someone with a sweet tooth this is a good compromise. Couldn’t find puffed brown rice but  confident you can buy from a health shop. Used rice crispies instead. The ginger was inspired but I used it cautiously as raw ginger can be potent.  The energy balls were delicious. Next time will double the quantity as it’s very moreish.