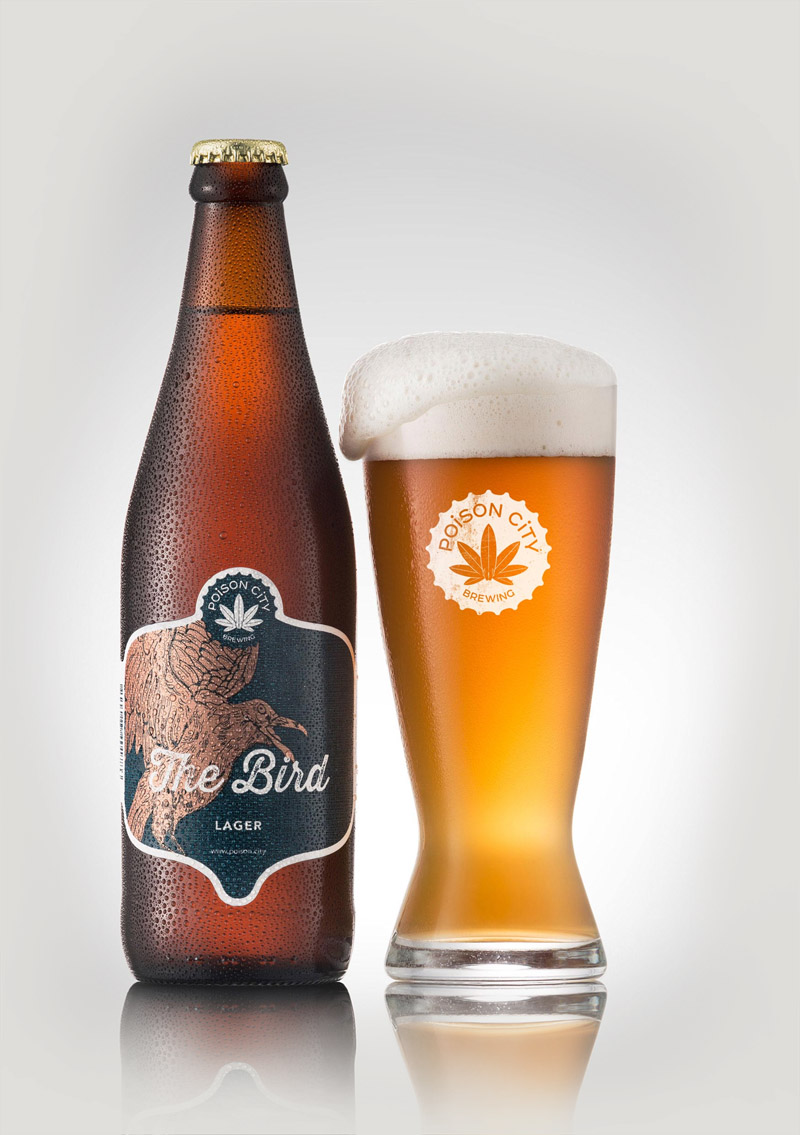 Poison City Brewing with their first product, a lager called The Bird. But there’s more to come say owners of the new craft brewing company.

Durban businessman Andre Schubert has found new wings. After a long career in running successful restaurants, he has now turned his hand to brewing craft beer.
It’s a long-held dream for Andre, and his partner  Graeme Bird, who have just launched Poison City Brewing and its first beer.
Although the two are long-time friends with a shared love of surfing and their home city (hence the name poison city), their careers initially went in different directions. While Andre went into the hospitality business, Graeme, who has a BSc in Building science, had a career that spanned community development programmes and the corporate world. All of which he gave up for the less certain world of brewing. And, in the process, gave his name to a lager that has “fruity, earthy notes and a light bitter finish that plays tribute to the light lagers popular in craft breweries in Germany.”
On their website Graeme and Andre say Bird is a tribute to the soul of Durban.
“Not the clichéd Sunshine City/Zulu Kingdom PR bullshit, but the real Durban – the Durban that makes its own rules, expresses its own unique personality, and never ever prostitutes itself to conformity.”
While the lager  is the first beer they have launched, It’s only the beginning. Craft beer lovers can look forward to a matured dark lager, an imperial pale ale, a Weiss beer and a traditional English ale/bitter.
Bird is of course available at Andre’s restaurant Market, but also at Republik in Durban North, Oscar’s in Hillcrest, Surf Riders on the beachfront, and The Dutch in Umhlanga Rocks. It’s also at bottle stores like Hillcrest Tops, Marriott Gardens Wine Cellar, La Cave Liquors in La Lucia and Umdloti Kwikspar and Tops.
More info from goodtimes@poison.city  – Ingrid Shevlin, October 10. 2015