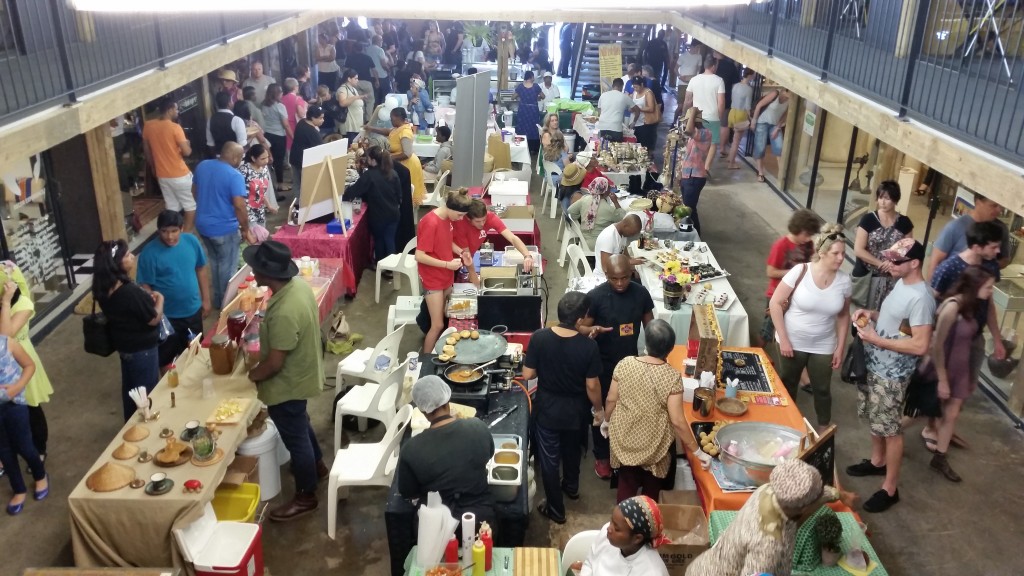 Locals browse around the food stalls at the Durban Street Food Festival on its final day.

The Durban Street Food Festival at Rivertown was a good idea, but there was plenty of room for improvement, writes Ingrid Shevlin

The Durban Street Food Festival held from September 24 to 27 at 8 Morrison Street was a great initiative. Food, music, art were on offer along with the promise that visitors would get to experience the melting pot of flavours, cultures, sounds and sights that make Durban the cosmopolitan smorgasbord it is today – in the words of the organisers, that is.
And to some extent they did.
Such intiatives should be encouraged not dismissed. We need more not less, especially those that give young entrepreneurs a chance to show off, market themselves in other words.
As it turned out on Sunday it was vibey and busy with locals taking full advantage of the warm weather to enjoy the good things Durban has to offer.
But there were some dissatisfied rumblings and hopefully the organisers will listen without taking offence if they are planning any more such events. Here are some issues that need to be raised. But first the good stuff….

Good stuff 1:  Some hot talent from the shop-owners selling jewellery, clothing and accessories and soft furnishings as well as one selling cool furniture.

Great stuff 5: A little arb but worth mentioning – toilets were pretty clean.

Could be better 1:  Most people I spoke to resented paying a R50 entry fee. For a family that could add up. They are also not used to that. Likely it was for the live music. But several people pointed out you get live music at the Musgrave night market, but don’t have to pay an entry fee. But at Morrison street there were many different acts.  Then again, some people were there only for the shops and food and didn’t care about the music. And so the debate goes on. In truth it’s hard to get around this one as the entertainment area was not cordoned off – and musicians need to be paid.  But maybe in the future it could be confined to a tent where music-lovers can pay to hear it.

Could be better 2: Not a good enough variety of food. Not enough thought put into selection. After all, it was called a food festival. I  heard that on on Saturday there were six stands selling burgers but clearly some had dropped out on Sunday. Many visitors were shocked at the inclusion of a popular fast-food chain. Perhaps inappropriate for an event paying tribute to our heritage on Heritage day. And it was supposed to be about street food.

Could be better 3. More seating. It was crowded inside and tables and chairs for those eating made it worse. But the tables and chairs outdoors were not under cover and it was HOT in the sun so most opted for the indoor seating.  This is Durban, folks,  the sun can be a killer in more than one way.

Could be better 4: White plastic chairs and tables outdoors!  Uncool.  Outside area was on the chaotic side, too, and more could have been done to make it look appealing.

Could be better 5: Little worried about the food hygiene at one or two stands. That needs to be watched, especially in hot weather. No one wants their last memory of the festival to be about diarrhoea.