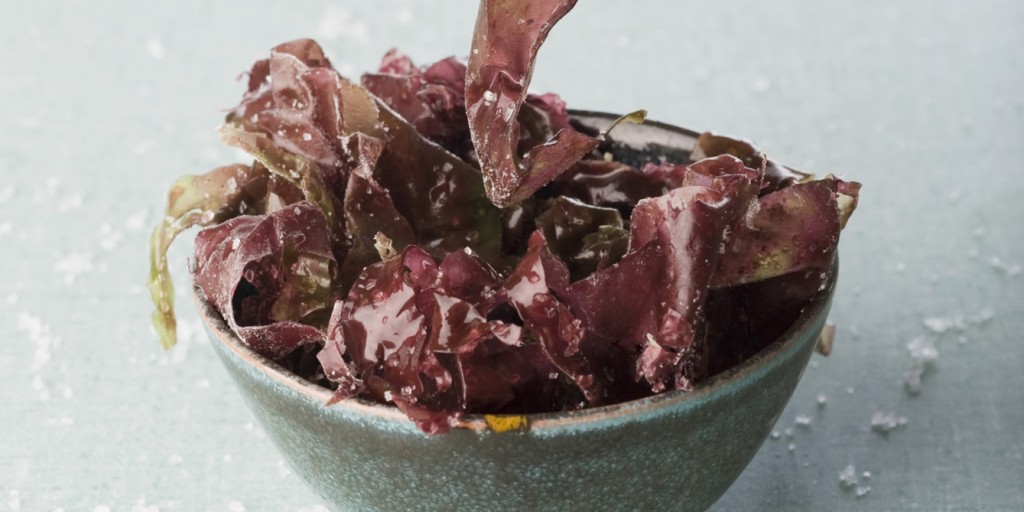 SHREWD FOOD KEEPS YOU ABREAST OF THE TRENDS

Hardly a day goes by when some foodie somewhere doesn’t come up with a new and quirky way to combine familiar ingredients. And the odder they are the more media attention they get – and the more fellow foodies salivate. It seems we just can’t stop pushing the frontiers of food.
Scientists, too, are playing their part in helping develop new flavours, but these are created in test-tubes in labs rather than kitchens. Here’s a look at what’s new, from bacon-flavoured kale (for real) to the world most expensive cocktail, costing a staggering £5 000.

Bacon flavoured kale: Even the most ardent – or should that be hardened – vegetarian usually finds the smell of bacon hard to resist. But now they can have their bacon and eat it. So to say. The Oregon State University (in Oregon, naturally, USA) has now patented a new strain of red marine algae called dulse. Not only does it have a strong bacon flavour, but it has twice the nutritional value of ordinary kale.
The fast growing algae was initially ground up and sold as a powdered cooking ingredient. But now a researcher at Oregon State University, Chris Langdon, has created a new strain of dulse which, he says, is better when eaten whole rather than ground up.
He reveals that when it’s fried it tastes like bacon not seaweed – and it’s a pretty strong bacon taste too. Because it’s packed with minerals, vitamins and antioxidants and because of its quick growth, Langdon predicts it will become the next superfood.
It’s still in its development phase, however, but watch this space.

News ways with sausage: The dausage, a pork or beef sausage stuffed with jam or custard, could become the next big, um, food fad.
The savoury-sweet combination is the idea of Britain’s Liam Bennett who is trying to raise funds on Kickstarter so he can start producing his jam-injected bangers on a commercial scale.
The 37-year-old Welsh web developer, told the Daily Mail that he, “was inspired to invent the dausage by the success of the cronut (cross between a croissant and a donut) and the duffin (combination of muffin and donut that is baked, dipped in melted butter and then coated in sugar).
“I love jam doughnuts, but I wanted to make something a bit different, so I came up with the idea of trying a sausage,” he said.
He admits, though, his dausage wasn’t well received at first but says that people now love it.
‘Although everyone thought I was crazy, it worked really well,’ he said. ‘Most people who have tried it have loved it.”
Comments on Facebook have been largely positive, too.
(The fad follow to the cronut and muffin is the baoger, a combination of a burger and ‘Gua Bao’ – a Taiwanese steamed bun, which is the invention of Sydney eatery Belly Bao. The Baoger consists of the half bao half burger bun, filled with beef patty, melted cheese, lettuce, radish, onion, and sauce).

Is this cocktail worth bankrupting yourself for? Drinking cocktails in a larney London hotel is always going to be expensive but here’s one likely to bankrupt us ordinary mortals.
It’s a cocktail created by the Savoy’s American Bar. The Original Sazerac is the most expensive item on the cocktail menu and costs a staggering £5,000.
According to the drinks description on the menu, the Original Sazerac is: “The more sophisticated and richer-tasting older brother to the Old Fashioned, with roots in history that stretch back to the early and mid 19th century.
“Made using the Sazerac de Forge from 1857, which was the original brandy used at the time, which is enhanced by 1950s Pernod Absinthe from Tarragona and Peychaud’s Bitters from the early 1900s.”
It has been claimed by some that the Sazerac is the oldest American cocktail, originating in pre-Civil War New Orleans.
In any event this version at the Savoy is about as close as we’ll get to the real McCoy

Super kelp: Kelp (also known as algae or seaweed) has become the latest nutritional superfood and is set to take over from kale as a trendy new food item. The vitamin-packed seaweed is a concentrated sourced of calcium, iodine and antioxidants. Since many women are short of iodine it’s an important supplement for them to include in their diet.
The main difference between kelp and kale is that kelp has iodine which kale doesn’t and magnesium and calcium which kale does. So if you take kelp it does have everything in it.
On the whole kelp is difficult to buy. But you can try an Asian supermarket, such as the Wu Chi Fresh Market at 8D Mackeurtan, 031 564 7615. Otherwise take your kelp as a supplement. Much easier.

Evolution of sushi: It seems that Los Angeles is taking over from New York in developing new food trends. One of the biggest is a “ pole to bowl” café such as Sweetfin Poke in Santa Monica. It specialises in bowls of raw fish with avocado and rice. It is quick, it is simple, it is raw and it isn’t expensive. As Sweetfin’s owner Seth Cohen says, “It is the natural evolution of sushi. And in LA, there seems to be a sushi bar on every corner.”
Nothing could be better for Durban, where pole to bowl is something we can boast about.

Crushed is best: Still in In LA, they gone long past simply juicing banana and blueberries – too much concentrated sugar without the fibre to slow down absorption. Cold-pressed veg mixes are what it‘s really about. The idea is that by crushing the fruit and greens, rather than running them through a centrifugal blade, it is much more nutritious. Juice Up, which operates from the Shongweni Market on Saturdays as well as The Morning Trade at 15 Station Road on Sundays, serves  cold-pressed fruit and veggie juices. Try them, they are delicious. Check their Facebook site for more info.

New ways with cauliflower:  Thanks to Tim Noake’s Banting Diet we are head of the pack when comes to cauliflower as a substitute for just about every carb going, such as cauliflower rice, mash, couscous, pizza bases, and flour (cauliflour!). Its versatility is endless as there seems little that can’t be substituted with cauliflower
Believe it or not but it’s only now going mainstream in the UK.
There are a number of reasons behind its popularity: be it rice or mash and that is because it is lower in calories than potato and rice (25 calories per 100g compared with about 140 calories per 100g of cooked white rice). In other words is has much fewer carbs.
Jamie Oliver is a convert. He’s been a fan of cauliflower rice since adopting a grain-free, Paleo diet to deal with his many health issues. He recommends using a food processor’s “S” blade or simply grating the cauliflower’s head to achieve the faux rice. But good news. My local Woolworth’s food store (in Musgrave Centre) is now selling cauliflower rice. R29.99 for a 400g pack. That takes the effort out of it. The only problem is that I’m not sure I like the taste at all. — Ingrid Shevlin, August 10, 2015
( Sources: internet; www.dailymail.co.uk; www.independent.co.uk) 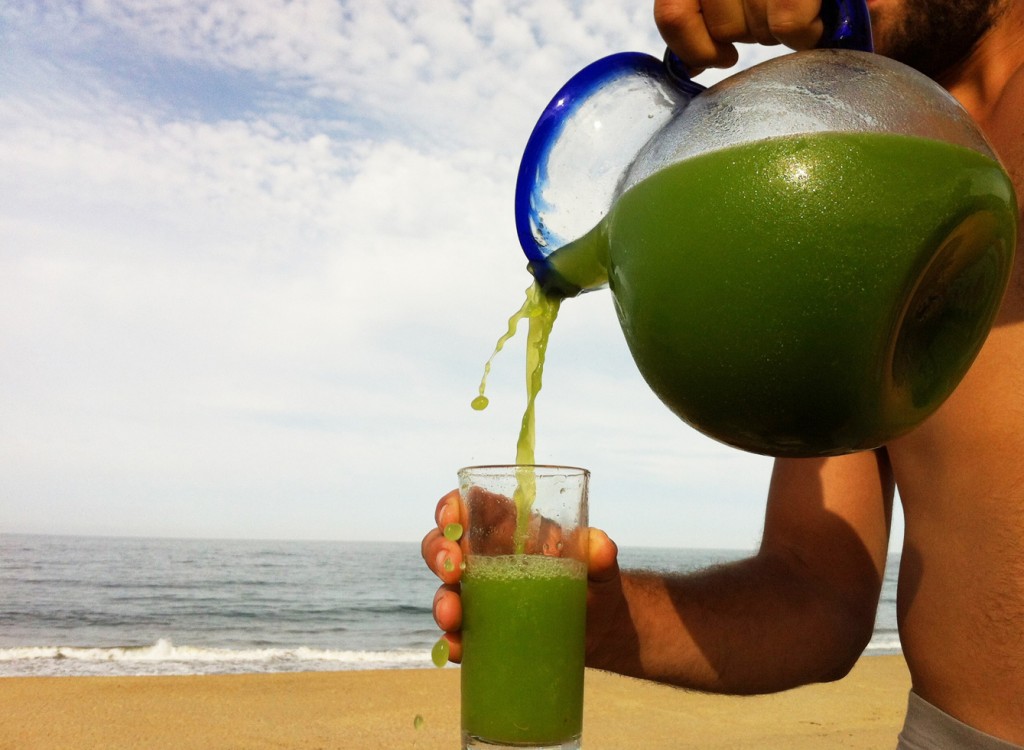 Cold-pressed vegetable juices are the way to go