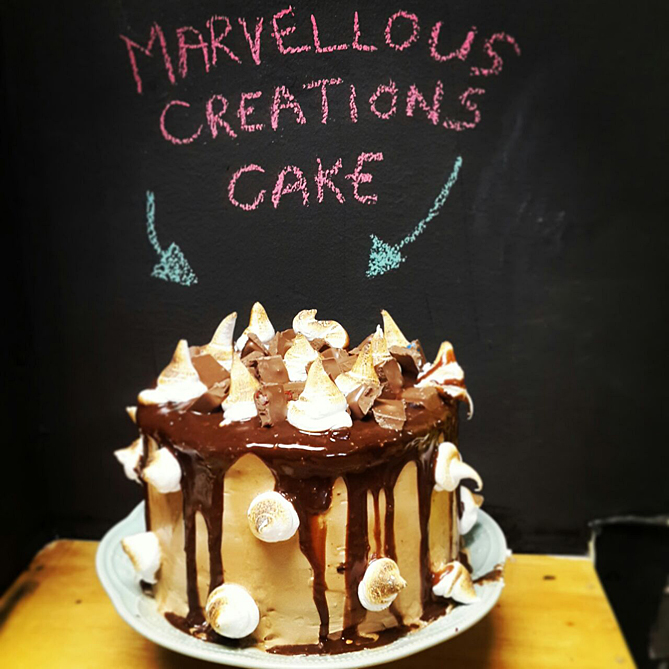 One of Roxi’s amazing creations

When Roxi Wardman opened Spoonful Eatery, a coffee shop in Windermere Centre, she was deluged with publicity. You would think it was the second coming of Nigella Lawson.
Discounting Nigella, few other restaurateurs were lucky enough to receive that much attention. But then few are as attractive and as buxom as Roxi, have bright pink hair, a tattoo or two or three or have a predilection for wearing tight animal prints.  And I doubt that even one restaurateur can boast of  being a train driver’s assistant like she was in a former life – although one or two might possibly come from the Bluff like she does.
On top of that she is a  former winner of MasterChef SA, making Durban proud by winning Season 3.
So now you know Roxi makes for good copy. So it’s of little surprise that so many journalists fawned over her.
But despite all that, when I met her at the newly opened Spoonful Eatery, I was struck first by how sweet she is and, secondly, by her air of naiveté.
Quite honestly I feared for her. The hospitality business is a tough one and I didn’t think she would survive the challenges. One of which was not being allowed to have a stove in the cafe. So she has to prepare everything at home and bring it in. Which is clearly why her menu focuses on foccaccia-based  sandwiches, which can be toasted to order, and cakes. Fabulous cakes as it happens.
But two months down the line she’s not only surviving, she’s thriving. I think that behind that sweetness is a tenacity and determination. The qualities that won her MasterChef perhaps.
So now she is packing them in at the cafe which is at back of a shop called Anthology. The decor is winsome and eclectic and the vibe busy and buzzy.
While her sandwiches are good and have imaginative filling combinations, I suspect it’s her cakes that are bringing in the customers.
They are pure evil. They seduce  you and make you instantly forget you are on no-sugar, no-carb, no-fat, no-fun diet.
As for the icing; it’s butter and nothing but butter sweetened with sugar syrup and flavoured with coffee, chocolate, vanilla, caramel and more.
The cakes are iced extravaganzas, three tiers of sweet sinfulness.  They are so gorgeous to look at it seems a shame to slice into them but, hey, don’t hold back. Order and savour. You won’t regret it.
Their cappuccinos have also got better and better. The last one I ordered was pretty good. I was impressed. There are also teas and juices and other coffee options. Plenty to like at Spoonful. 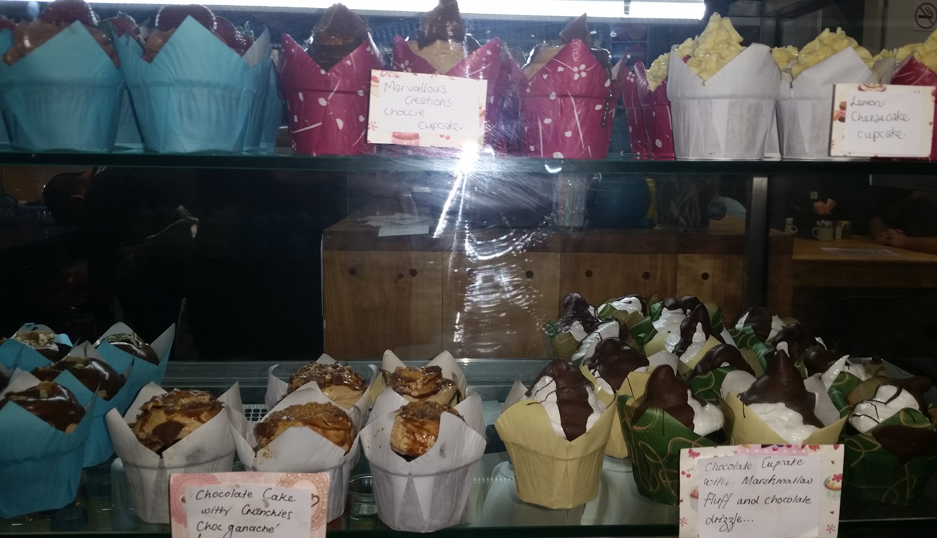 Cupcakes to make you sin