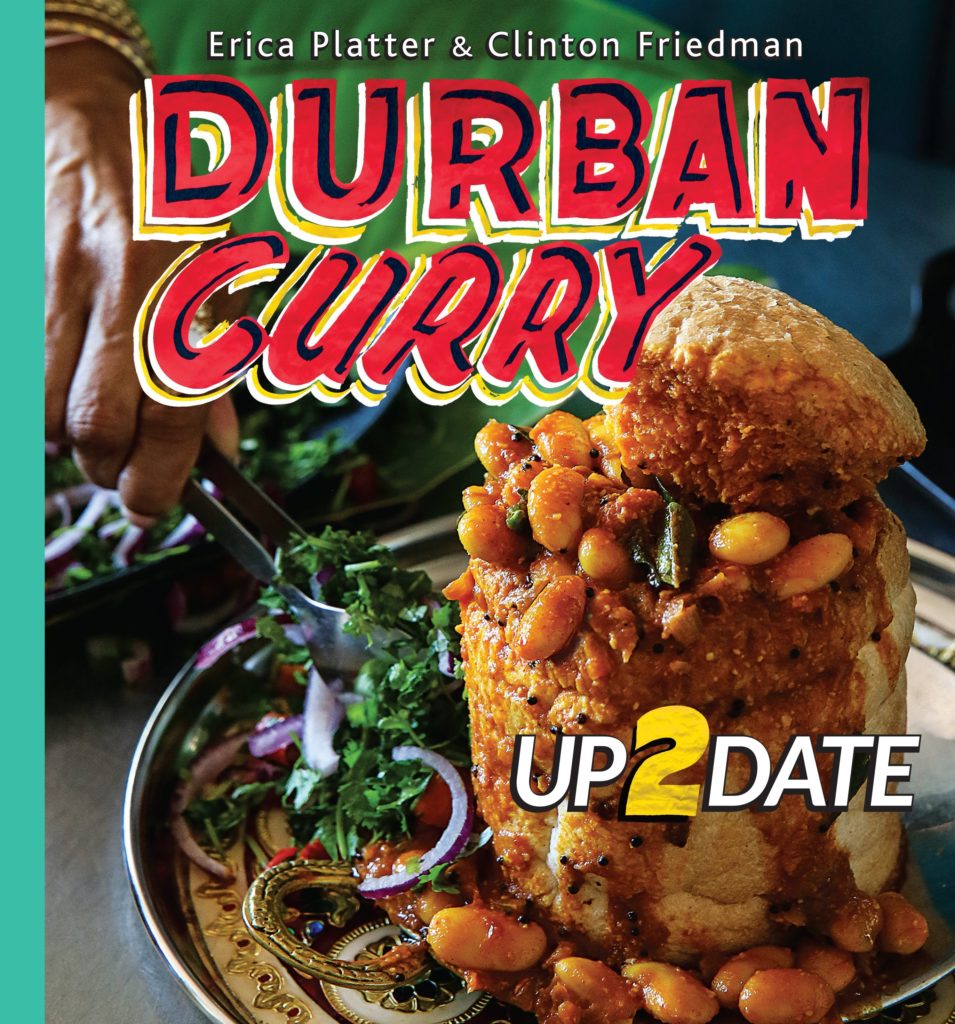 Durban is the only city in South Africa that can boast it’s own signature dish: Durban curry. Now Erica Platter and Clinton Friedman have just published another book celebrating the city’s  culinary treasure, Durban Curry Up2Date is the HOTTEST book off the press right now. By Ingrid Shevlin, who ended up at two book launches.

Erica Platter was at one of the many launches promoting her book about Durban curry when she overheard two women talking. One said words to the effect of: “Why is this white woman writing about curry”. To which her friend responded, “Well she did it, didn’t she”. And so she did. Again.
Erica Platter’s first book, Durban Curry – So Much of Flavour, was so popular if was reprinted three times before finally selling out. It was also placed second in the Best Book of the Year category in the prestigious Gourmand World Cookbook Awards 2015. No mean achievement.
But the public was insatiable, it seems, for more curry stories so rather that reprint it for a fourth time she and Clinton Friedman decided to publish a brand new collection of recipes. Clinton is her “publishing partner, image maker and everything-else designer”, as she puts it. The book is Durban Curry: Up2Date. Up2Date is the rather evocative description for the potatoes ideal for use in curries.
Erica describes her book as more about “food stories” than recipes – although there are recipes, of course. But, if you think Erica dreamed up all the recipes, she didn’t. It’s  a complitation of recipes from some of Durban’s best known curry chefs, chefs with a penchant for all things spicy, foodies, and homecooks. Or that she is passionate about curry. She isn’t particularly, although she is passionate about food in general. But what she is really passionate about is acknowledging the contribution made by Durban curry to our cultural heritage and its uniqueness to Durban. Not always a given it seems. 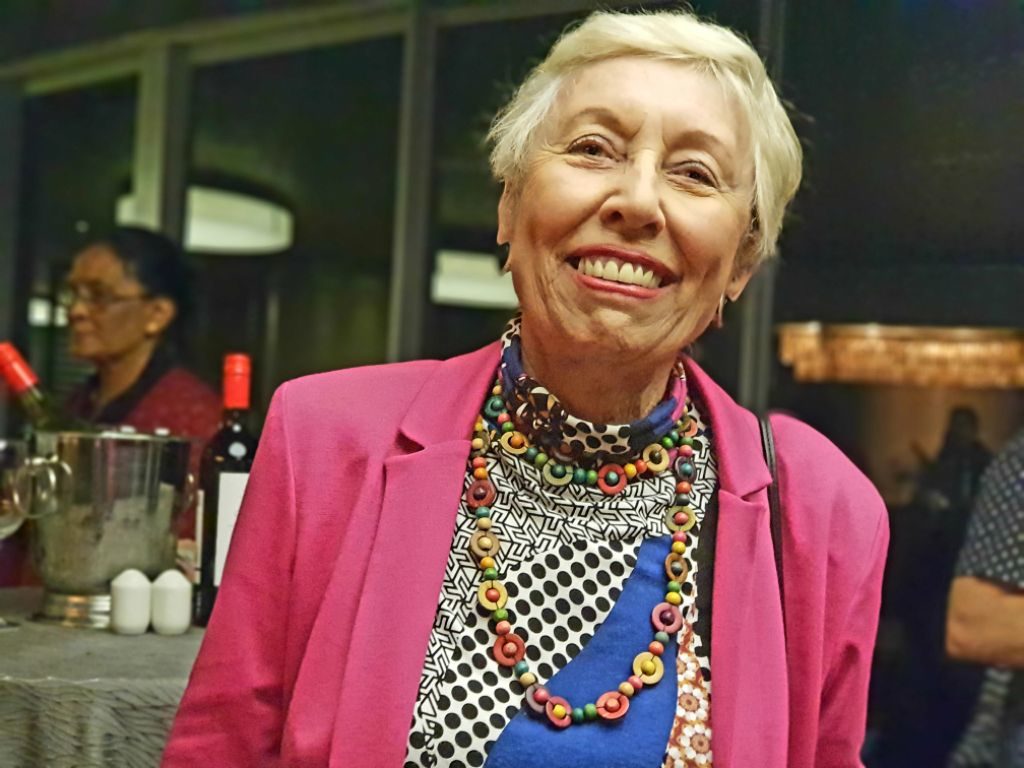 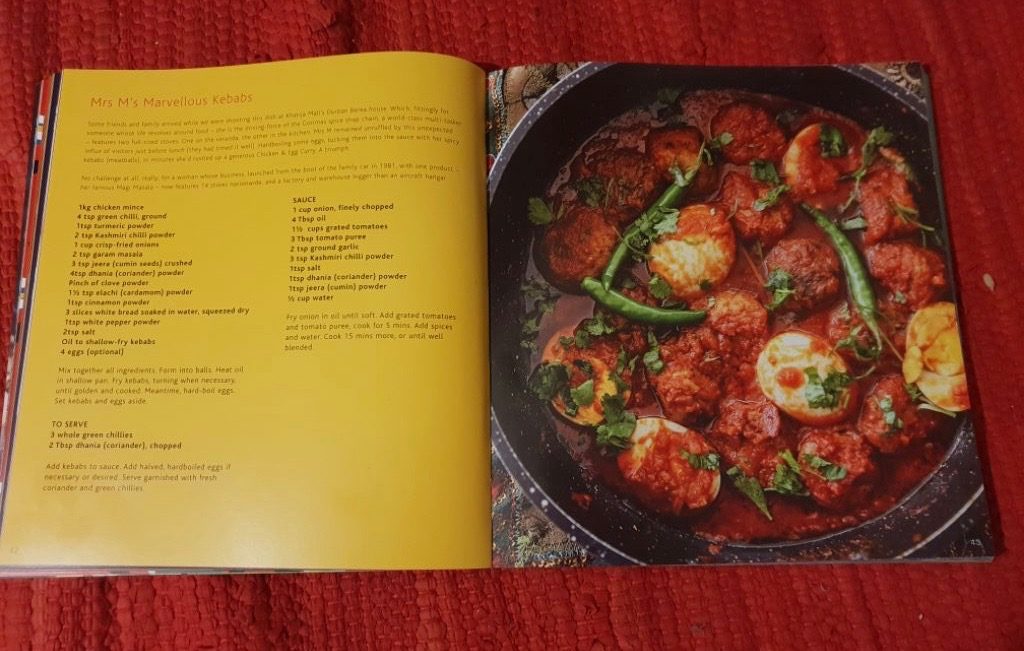 Durban Curry just might be the best in the world
You may wonder why a Durban curry is known as a Durban curry and why this is so important. The answer is simple. It is thought by many a curry enthusiast that the best curries in the entire world come from the city of Durban. Durban itself has a fascinating history, much like the rest of South Africa. When you first land in Durban, you will feel as though you have landed in India, Singapore or somewhere else in Asia which has a significant Indian population. In fact, most of South Africa’s Indian population is concentrated in Durban.It, therefore, does not come as a surprise that many popular dishes from Durban have a distinct Indian twist to them. But what is it that sets apart a Durban curry from any other curry? This is a good question and what we would conclude is the following.
Heat: Durban curries are said to be much hotter than other curries and will often incorporate the use of hot and spicy cayenne pepper, or a very hot spice known as curry masala, which is different from store bought curry powder.
Red colour: The use of tomatoes, tomato puree or concentrate in Durban curries is another feature which sets it apart. This will normally result in its lovely red color. Some people opt to add paprika to the dish, however sticking with the tomatoes, you could not go wrong.
Sweet Spices: You will often find the use of garam masala in Durban curries is very popular. But the real sweet spices you are trying to get at are either cinnamon, cardamom and cloves, or a combination of all three spices. As for us, we love using whole cinnamon sticks as it gives that hint of sweetness as well as adds a rustic touch to the dish. We also find that we tend to use different combinations of the three sweet spices depending on what kind of meat we are using. For instance, we are more likely to use cloves in a lamb or goat (mutton) curry as we believe these ingredients were made for each other.
Curry Leaves: You will not find a Durban curry recipe which has not incorporated curry leaves into the dish, either by adding the leaves whole, or grinding them along with other curry masala spices when creating a homemade spice blend.You can, therefore, achieve creating a Durban curry with as many spice combinations as you please, but so long as you have the above four elements incorporated within your recipe, you are bound to achieve something close to the authentic Durban Curry.  – The Spruce Eats (www.thespruceeats.com)  Written and published June 30, 2019.