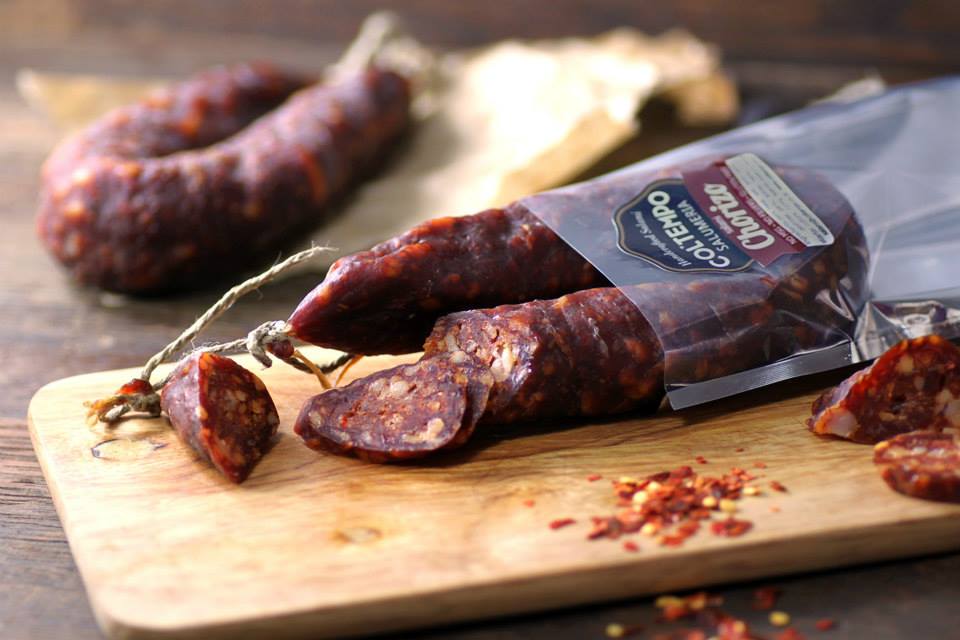 With Col’tempo Salami settling into their new premises, foodies will be able to meet Hylton Rabinowitz and, occasionally, his son Paul, two people passionate about their products, and food in general. And, of course, buy artisanal cured meats and handpicked deli items. Ingrid Shevlin checks out Col’tempo

Col’tempo Salami, the purveyors of meat cured the traditional Italian way, has a new home in Florida Road. Well, not exactly in Florida Road, but just off it in 8th Avenue. This is good because it’s an oasis of calm and good food while still close to the bustle and hustle of Florida road. And there’s plenty of parking. Hooray. Of course, it may not be as peaceful when the foodie hordes discover it and realise that Col’tempo is more than makers of simple, real food, as they put it.  No, it’s a homage to food in the form of the aforementioned meats and to its deli items, luxurious and hard-to-find ingredients, all of which have been handpicked by Hylton Rabinowitz. 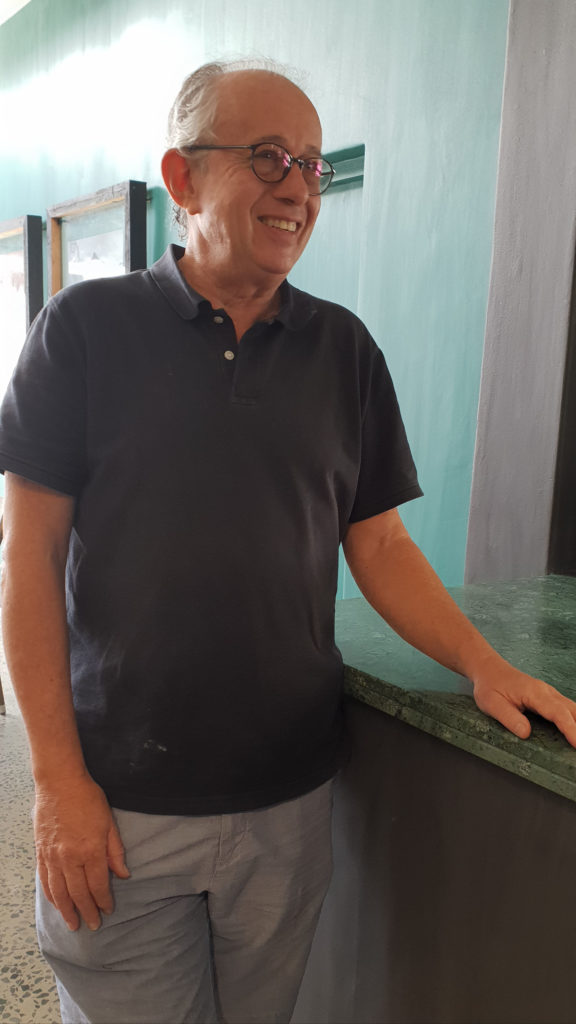 Hylton loves food, talking about food, buying food obviously, and playing around with various ingredients to create new and better versions of traditional favourites. Like his version of lasagne, which will have five layers, he tells me. Oh, I forgot to mention that Hylton loves all things Italian, too, and frequently visits Italy with his son, Paul, who speaks fluent Italian, looking for food producers in remote places making food the traditional Italian-way. By hand.
Naturally, Hylton’s main business is cured meats; pancetta, coppa, bresaola, salami, chorizo and prosciutto, sliced so finely they are almost gossamer-like.  There’s also pork and other sausages. So, naturally Col’tempo’s new home includes a curing room, which is walled off, but you can see what’s happening through glass windows. There are rows and rows of pork and beef, hanging and maturing all for your pleasure. They are all made to Hylton and Paul’s own innovative recipes using responsibly sourced meat from the Winterton area, spices they have ground, blended and roasted themselves – as well as other imaginative ingredients. They are also gluten, MSG and filler-free. A labour of love. And it shows in their products.
There’s also a kitchen area, the deli and an area given over to tables and chairs. It’s a lovely space (as the daughter commented). Right now you can order coffee – Hylton makes a mean cup, he says – and further into the future, he will offer simple meals using his cured meats and deli items. On sourdough bread.
Oh, I also forget to mention that Hylton has been experimenting with making his own sourdough bread and thinks he’s nearly there. When it’s perfect it will be topped with combinations he’s still working on. Naturally, Hylton won’t be rushed into saying when this will happen. He’s having fun. End of May, he says, hazarding a date. But go and have a coffee in the meantime. You will enjoy talking to Hylton.
If you google Col’tempo you will see it says it’s opens all the time. But of course it isn’t. Weekdays from 7am to 4pm and, maybe soon, Saturday mornings, he says. “What am I going to do at home, anyway”, asks Hylton, rhetorically. Perhaps Mrs Rabinowitz would like to see him occasionally, but then perhaps he gets underfoot.
Hylton and his son Paul, an industrial designer who studied in Milan, have long been familiar faces on the market scene.  When Hylton retired from the jewellery business – he’d also done stints running restaurants – he began playing around with various foods before hitting on curing meat.  According to a delightful article in the Daily Maverick by Erica Platter, after reading and googling and visiting salami makers in Italy he and Paul  Paul, began experimenting with curing meat in a cottage at the bottom of the garden of the family home. But it quickly became too much for Mrs Rabinowitz. It was all those drying salamis hanging around her kitchen that, apparently, did her head in. Before long they found themselves selling at markets, quickly building up a devoted following, Erica Platter being one such follower.
The space they have in 8th Avenue is an old Berea home, the interior of which has been gutted to create a large open space. The original exterior has been preserved as befitting a protected building. Here Hylton can play to his heart’s content. At the moment it seems all about sourdough bread and lasagne and, since Paul has his own business to run, it’s Hylton having most of the fun.
Hylton is such a joy to speak to and so enthusiastic about everything on his premises, I ended up buying some really interesting food stuff. Although he has, for instance, olive oil for under R50 he also has olive oil selling for hundreds of rands, even one that sells for thousands. I didn’t buy olive oil but I did buy something called truffle zest, which you can sprinkle over practically anything for extra flavour;  Italian salted capers which I’m looking forward to trying; a tin of  Italian peeled tomatoes (Hylton thinks they are the best) and some grilled artichokes.
I also found some papardella pasta, which I was really excited about as it’s an intrinsic ingredient in Ottolenghi’s chicken soup recipe –  which I shared on Shrewd Food’s Facebook page earlier – and I hadn’t been able to find it in any shop. I also bought a box of pearl couscous, which I first tasted at 9th Avenue Bistro, but also hadn’t yet found it in any shop. Although Woolies now stocks it. And then the real prize, 36-month-matured Parmesan cheese. According to Hylton it tastes totally different to the less-matured Parmesan. Waiting to try that too. 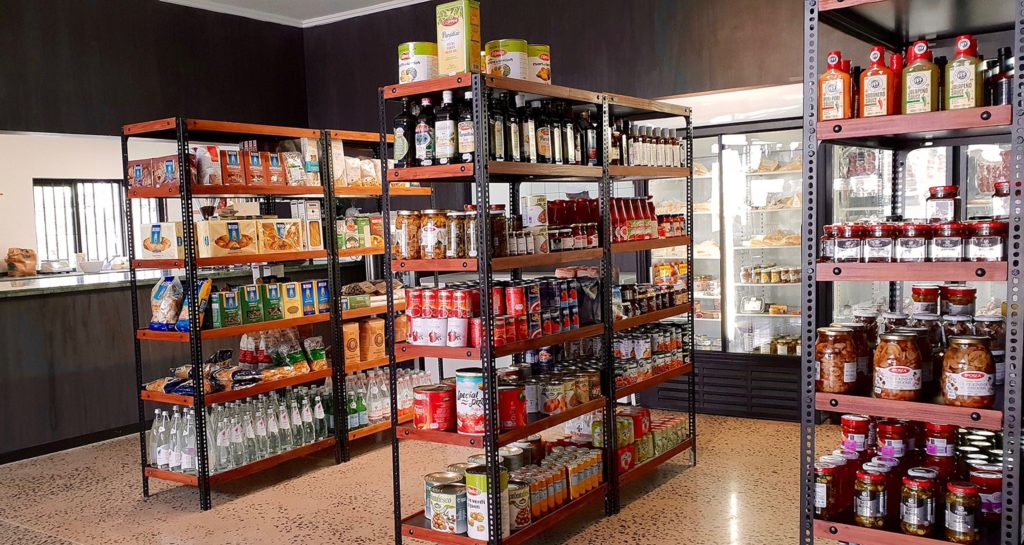