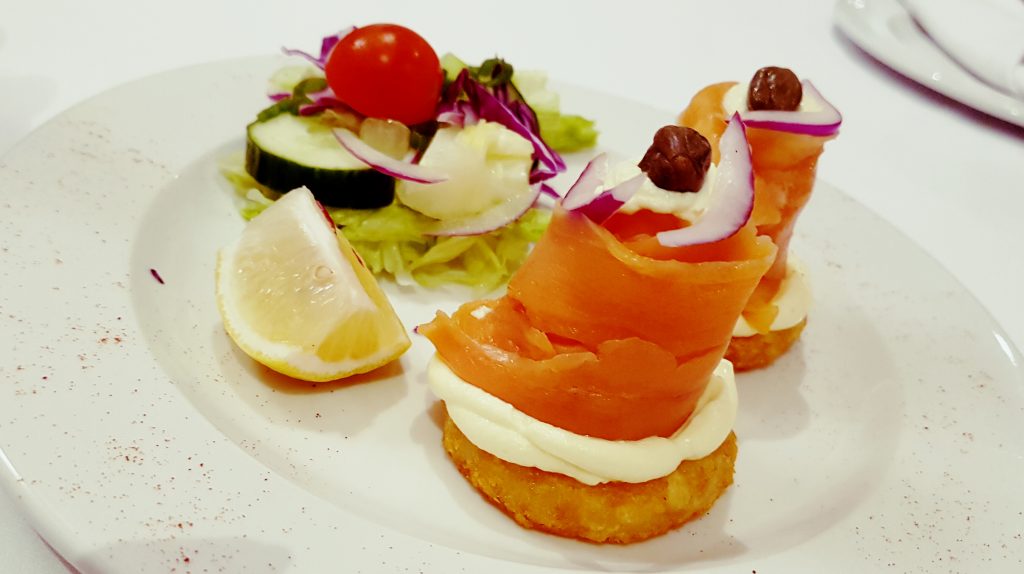 I fear for the future of chef-owned restaurants. With the the high cost of running a restaurant is it only franchise operations that can survive? And are they serving the cause of fine food?

There are around 23 Cattle Baron franchise restaurants in South Africa. Most of them in the Cape. Their first in KwaZulu Natal, has just opened in the Pearls in Umhlanga.
How depressing.
Depressing because Umhlanga is becoming wall-to-wall franchise restaurants and it seems there is less and less room for the individually-owned eatery. Probably due to exorbitant rents and running costs. How can a one-man operation compete against the might of the Spur Corporation, Famous Brands, and Taste Holdings, all major players in the restaurant industry.
Depressing because the whole concept of franchises is to keep costs down and profits high and the only way to do this is to compromise on food. It’s strict portion control, pre-coooking and cooking by numbers. Little inspiration here.
Depressing because the last three mediocre meals I ordered recently have been in franchise restaurants.
But Cattle Baron is the one that convinced me. If you eat at a steakhouse, eat steak. That’s common sense. The seafood, chicken and vegetarian options are concessions to those who, unwillingly, find themselves at steakhouses. Like a work colleague’s farewell or a friend’s birthday celebration. 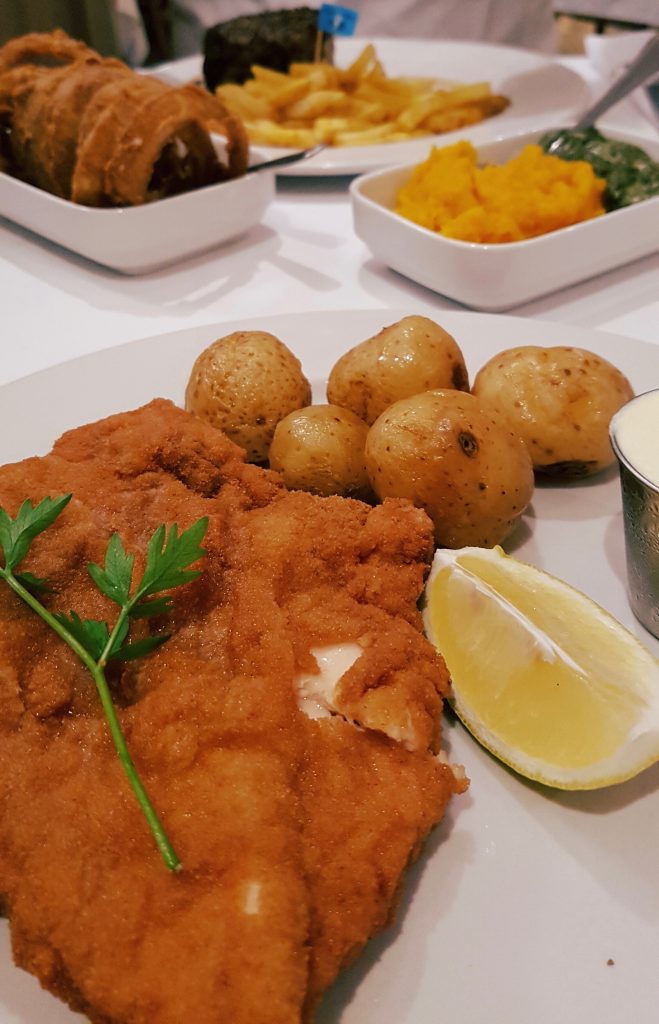 Crumbed chicken schnitzel with Frank’s peppered fillet in the background along with his rather odd onions rings.

ABOUT CATTLE BARON.
Cattle Baron Umhlanga is a huge restaurant with a pleasant decor and comfortable seating. Like most of the restaurants in The Pearls it has a terrace overlooking the sea. Rather bizzarely their toilets are down a long, lonely passage on the outside, which left me feeling I was on a building site as the walls and floor were bare cement. If you go, don’t go alone. It was quite scary.

ABOUT THE FOOD
The franchise was established in 1987 and their menu boasts of offering traditional-style food inspired, I assume, by the 80s. Think oven-baked snails and  avocado and prawn cocktail, deep fried cambert and  crepe suzettes. And several chicken and seafood options were deep-fried or gratinéed. I got quite excited when I saw they serve their legendary vegetables free with main dishes. I thought of chargrilled asparagus or pan-fried green beans. Instead it was creamed spinach and butternut. Bleh.
The starter selections was varied and included mushrooms stuffed or crumbed or topped with napolitana sauce; venison carpaccio, calamari strips, and mussels marinière.
A pleasant enough salad selection included a biltong, roquefort and fig salad; and a jalapeño, Parmesan and avocado salad. Also two vegetarian dishes and five burgers.
The meat selections is extensive. If you are a carnivore, this is paradise. Over 40 choices.  A kind of 101-ways-with-steak. Also ribs and chops available.
In contrast here are five chicken options – chicken parmesan and baked chicken cordon blue – and 10 seafood options, ranging from fish and chips to grilled line fish and a seafood combo.

TO OUR FOOD
Although not particularly inspired by the starter selection, Mercury food critic Frank Chemaly and I eventually opted to share a smoked salmon trout served on a deep-fried rosti, with creme fraiche, capers and red onions, R78. It was very pleasant with the rosti nicely crisp.
I wasn’t much inspired by the chicken options either as they seemed rich. Eventually I ordered the deep-fried crumbed chicken schnitzel served with the above-mentioned free veggies, a free mushroom sauce, plus a free starch. In my case it was oven baked baby potatoes. The cost of the meal, according to my bill was R85 which was weird as the menu stated R105. Mistake?
I thought Frank described my schnitzel very well in his review in yesterday’s Mercury (February 17).  “The schnitzel crumb was not particularly crisp, but not soggy either. The chicken was not exactly succulent, but wasn’t dry”. Bleh
It was also served with a pool of grease in the middle of the schnitzel. The mushroom sauce was okay, the veggies bleh and the baked potatoes bleh. bleh. They tasted as if they had been precooked and set aside and baked much later as they were grey with an unpleasant taste. The one positive thing was that it was a huge portion.
Frank opted for a blackened pepper 200g fillet, rolled in peppercorns, pan fried, flamed in brandy and simmered in a creamy pepper sauce, R179.  Chips were his carb of choice. Onions rings cost him R32.
Since the steak was flamed at the table it didn’t quite reflect the promise of favours merging in the pan. However it was super tender and cooked a perfect rare. He enjoyed the pepper crust but felt the sauce was just “flour and fire”. That aside he was happy enough. His chips were dismal, though. Bleh, bleh.
The uninspiring desserts included cheesecake, chocolate mousse and creme brûlée.  We settled on sharing crepe suzettes, the culinary  pièces de résistance when a was a young bride in the 80s. This version was a sad facsimile. Bleh.
Would I return Cattle Baron? No. Am I going to eat at a steakhouse again? No.
Bill came to R513.9o. Prices are reasonable and there are free sides and sauces. Service was pleasant. – February 2017