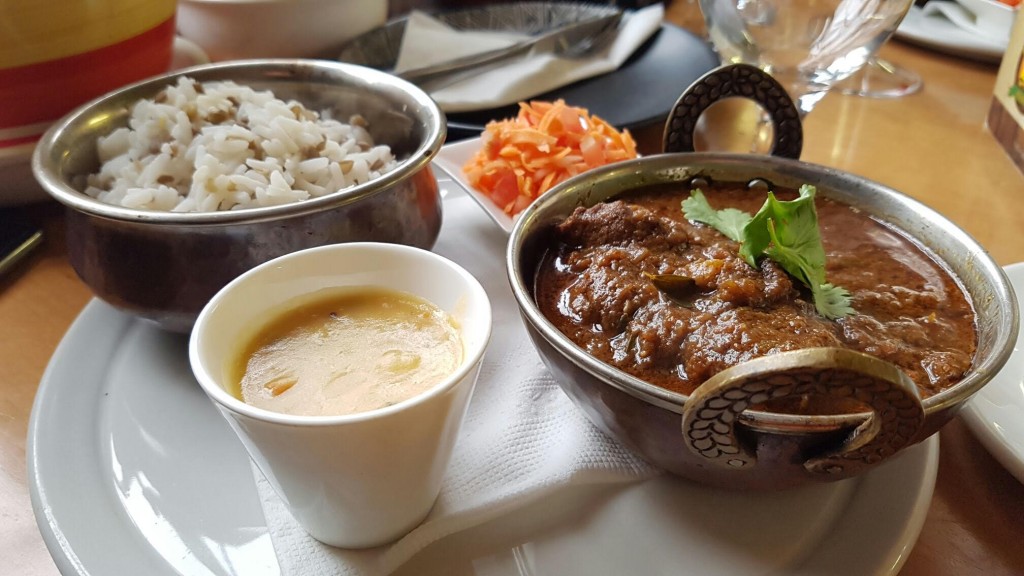 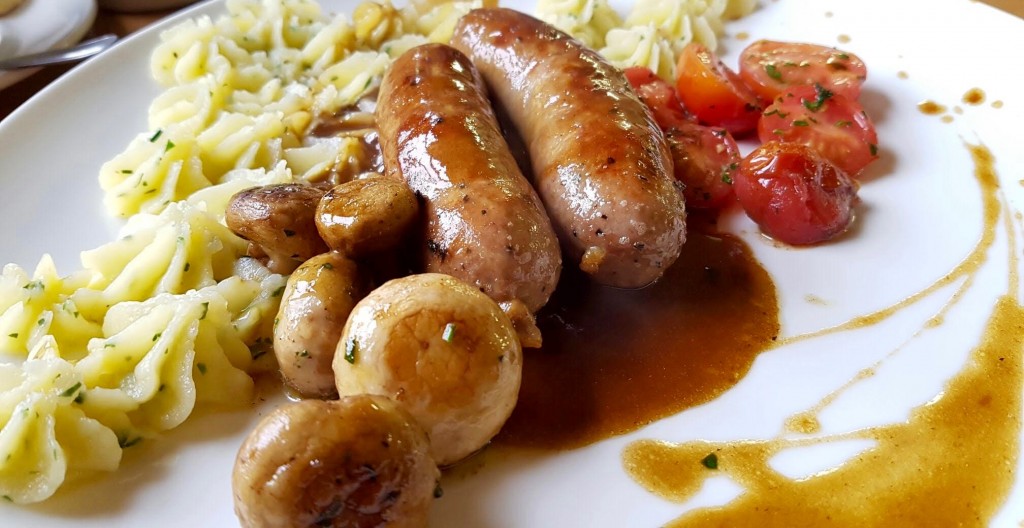 A heart-warming bangers and mash

You are in for an interesting experience if you elect to visit Quills, a restaurant, deli and micro brewery entirely staffed by students from the 1000 Hills Chefs School. The students both prepare the food and serve customers. It’s perfect training for the real – and harsh – world of hospitality.
Established in 2004 by Chef Dixi (Dixon), its students have since won a slew of national culinary awards. Understandably, since Dixi has a formidable reputation in the hospitality training industry.
Quills offers a small menu of homestyle meals that is reasonably varied and  includes platters, burgers, a curry of the day, pizzas, salads and specials. The Sunday we were there the specials ranged from tortellini filled with spinach and served in a tomato pesto along with chicken breast in a Black Forest ham sauce; a ploughman’s platter with slow cooked beef brisket and pickles; a woodfired pizza special and slow-poached pork ribs.
Okay so that’s all the positives. The downside is that because students are  doing the cooking, the outcome is not entirely predictable.  But perhaps that’s small price to pay for competently produced food that is very reasonably priced. And that’s not even taking into account the spectacular views from the deli over hills rolling away into the distance as far as the eye can see.
The Sunday we visited the temperature was 8 degrees. It was rainy. It was misty and the hills were shrouded in mist and cloud. But it was warm inside Quills where the vibe was buzzy and friendly.
Students swarmed everywhere. Opening doors, greeting customers, showing them to their tables and taking orders, watched over by a huge pure white animal more wolf than dog.
Around ten students manned the open kitchen and each time the head chef called an order, they shouted “Yes chef” in unision. Loudly. Like in Hells Kitchen – although, thankfully, sans the foul-mouthed Gordon Ramsay.  Every time a shout went up, I jumped in my seat in fright. The younglings – daughter and son-in-law – laughed each time.
The son-in-law and the brother ordered a  lamb curry, R85, which was served with rice, dal and a carrot, and tomato sambal, R85. They were impressed, particularly the son-in-law, a curry aficionado.
The daughter ordered bangers and mash served with grilled baby rosa tomatoes and mushrooms, and was reasonably happy with her choice, R75. Although, in all honesty, it’s hard to please her at the moment. She is heavily pregnant and uncomfortable. But what I tasted of her food I liked.
I ordered the line fish of the day, freshly caught barracuda as it turned out, which was served battered and deep fried. It came with chips, a side salad at my request and two sauces, one being the most delicious tartar sauce I’ve ever tasted.
I was very excited. I like barracuda. Alas the outcome was disappointing. The fish had been dipped in such a thick batter it had, inevitably, prolonged the cooking process. The result was two pieces of dried out fish.
I complained. Politely of course.  Chef Dixi came over and offered to cook me more barracuda herself. Just one piece I begged as I aready eaten one piece of fish, a salad, some chips, some of the daughter’s bangers and mash and a mouthful or two of curry.
She cooked me three pieces. Perfectly I might add. With the batter as light as air. I ate two more pieces of barracuda, but with difficulty as I was full by then. But I appreciated her gesture. 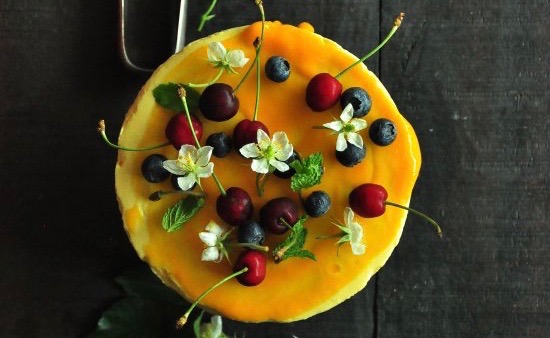 Then the call came for dessert. The family traipsed to the dessert counter and opted to try a slice of of fridge cheesecake topped with mango, R25, which was so light and silky we were in culinary heaven. Chef Dixi insisted we try the baked cheese served with strawberries, R25, which was as good. Best cheesecakes ever, declared the son-in-law. Amen.
Our bill for four came to R378. Our student/waiter, Matthew, was a delight.  This is a cheerful venue where everyone is enthusiastic and willing to make your experience a positive one, and who enjoy all things culinary.