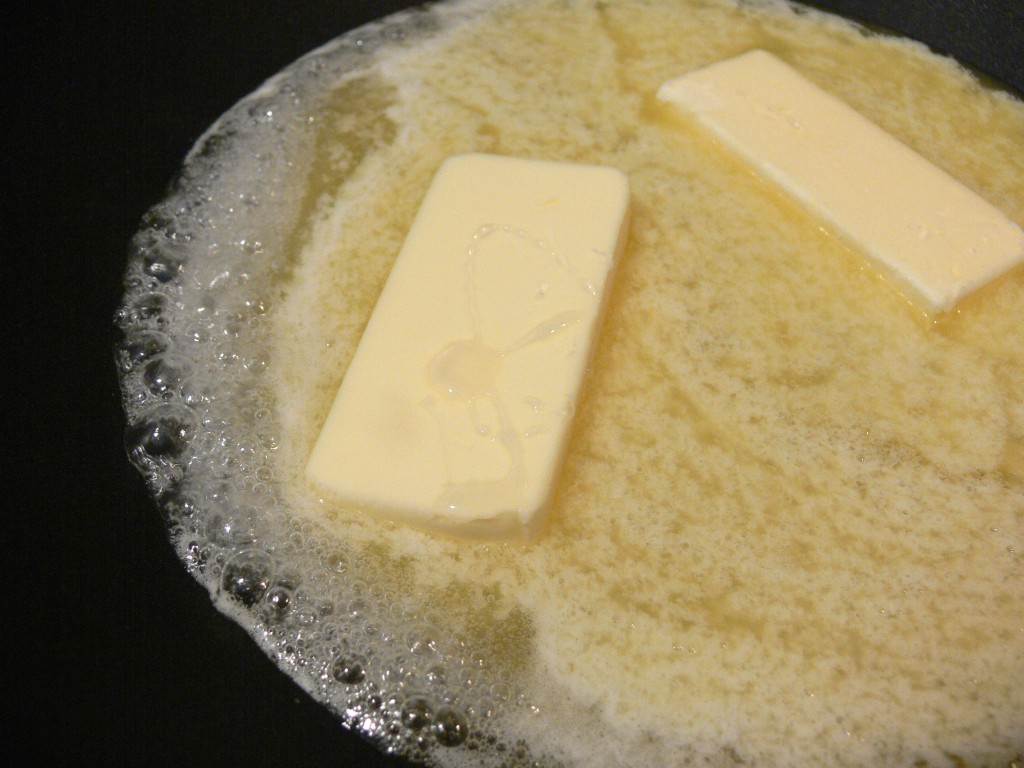 Tim Noake’s book The Real Meal Revolution, offers all you need to know about the Banting diet and includes banting recipes – one of which is featured below. Buy from Adams Booksellers.

Reviewing The Real Meal Revolution: Changing the world one meal at a time by Prof Tim Noakes, nutritionist Sally-Ann Creed and chefs Jonno Proudfoot and David Grier, is a bit like trying to review the Bible. It’s almost a sacrilege and Banting devotees are so vociferous when it comes to promoting it – or defending it against criticism – that it’s best not to take them on.
Although I started out as a sceptic I’m less so after reading the book – although far from being a devotee. And the recipes will appeal, whatever your eating preferences.
So, if you want to know more about the diet and what’s in this one-stop Banting Bible, read on. It’s long, I admit, but I’ve broken it down into subsections so you can dip in and out as you please. And I hope you do.
It’s available at Adams for R310, which is not bad when you consider it’s 200 pages and packed with glossy illustrations. 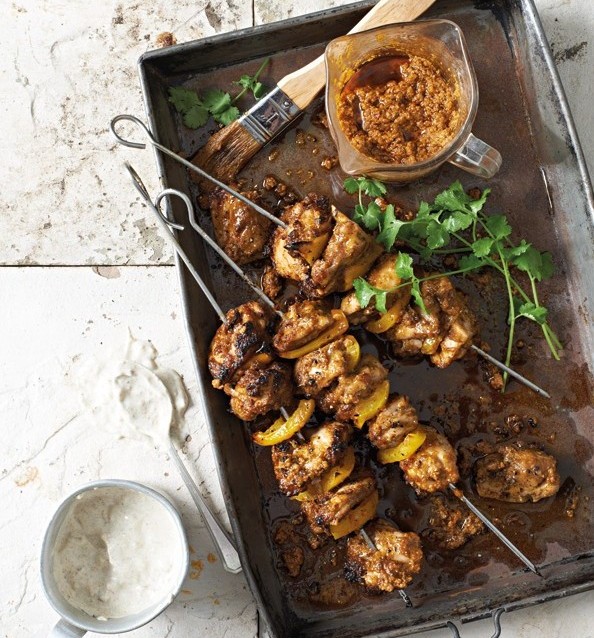 THE BOOK
When I asked an Adams staff member which was their bestselling recipe book, she replied The Real Meal Revolution. And with over 250 000 copies sold (I’m assuming internationally here), who would challenge that.
Now, inspired by the success of The Real Meal Revolution, Noakes and his crew have published Raising Superheroes, a “real food” cookbook that aims to help parents raise healthy and bright kids.
The Real Meal Revolution is divided into three main sections.
The first is devoted to introducing the contributors, explains the principles behind the banting diet – high fat, low carbs, to put it simply –  and suggests those who would benefit from it.
It’s written very simply. Short sentences. No big words. Lots of sub-sections. And, in case you have a short attention span, larger typeface is used, sometimes in red, sometimes underlined, to emphasis important points.
It was very irritating.
But that’s a minor point. It makes interesting reference to what Noakes describes as the three catastrophes that befell mankind:
1 The advent of agriculture and the move to eating grains (carbs), which is forbidden in the Banting diet;
2 The US government’s decree that a high carbohydrate and low fat diet was the only path to good health – which then became the dietary blueprint for the developed world;
3 And, finally the invention of genetically modified foods.
The next section is a selection of recipes based on the Banting principles. The final part takes a more detailed look at the science behind Banting and traces mankind’s relationship to food from primitive times
It’s very dense and my eyes quickly glazed over.
I can now see the point of the first section. It’s Banting for Dummies.

THE RECIPES.
The question here is would any non-Banter buy this book? I think so because the recipes are enticing and although there is a focus on fat and protein it’s not excessive and all the meals are well balanced and include plenty of vegetables. And full-fat anything is hard to resist. Fat is delicious.
For those who despair at the prospect of never eating pasta or bread again (as you will read below, the banting way is no grains of any type), alternatives are offered. But, frankly, I don’t find the idea of  pasta made from eggs, cream cheese and psylliym husks, which is better known as a laxative, particularly appealing. Or the recipe for carb-free bread, which includes two cups of flaxseed meal and eggs whites. Or carb-free tortillas using cauliflower, psyllium husks and coconut flour. And I really, really, don’t like cauliflower rice or mash, a banting staple.
But then I did like the thought of banting mayo using egg yolks and double thick Greek yoghurt and many of the other recipes.
The recipes are divided into sections like basics (cauli rice and  carb-free bread); breakfast (kale with chorizo and eggs); meat (lime and sumac rump skewers with cinnamon, cardomon and coriander; and grilled harissa lamb chops with tomato and cucumber salsa);  poultry (parmesan chicken pieces with roast garlic tomatomole); seafood (tom yum prawn broth and That steam fish parcels);  sides and salads (courgette and garlic gratin with cream and butter);  and entertaining (spicy chicken wings with blue cheese dip). Plenty of appealing veggie dishes, too.
But naturally no desserts as sugar is evil.
The recipes are imaginative and varied and influenced by many cuisines from around the world. And nothing is  too complicated or too time-consuming.
Although Noakes maintains you can’t be a reluctant banter and pick and choose from its principles, I think you can. And this is a book to pick and choose what suits you.

TO BANT OR NOT TO BANT
I’ve read endlessly about the various diets or eating plans we humans should follow. Most are so contradictory that it can do your head in. Ultimately, therefore, you have to follow your own instincts about what makes sense tor you.
I’m no nutritionist but I can say this.
Noakes is right about the flawed research in the 70s that led to the low fat, high carbohydrate diet being touted as a cure all. Blame it on an American biochemist called Ancel Keys (PhD) and who first published this “research” on fat and cholesterol in 1953.
He’s also right about the dangers of sugar. About the dangers of a processed foods, which are high in sugar, preservatives and trans fats. In my view, he’s right, too, about the dangers of genetically modified food.
But I’m uneasy, though, about his claim that because most of us are insulin resistant (blame it on modern diets – and the Americans!) we should all be banting. He also says it’s especially beneficial to athletes, those with diabetes, the obese, the pregnant, children, women in menopause, those with digestive conditions, allergies and cancer.
Noakes’s belief that humans don’t need carbohydrates to survive (except for what is available in some vegetables and fruit), is pretty controversial. He bases this on the fact that because our primitive forefathers survived on fat and protein and, occasionally, some scrubby grass, we can too.

WHAT YOU CAN AND CAN’T EAT
In the first section of Noakes’s book, foods are divided into three colour categories:
Green is for all you can eat foods.
Orange lists fruit and veggies which contain carbohydrates and which should only be eaten in very small amounts.
Red is for forbidden foods.

So basically, banters must:

Banters can eat but in limited quantities

How Banting works in weight loss.
As I understand it, the Banting diet helps in weight loss because participants are eating a minimal amount of carbs (and only those from vegetables and fruit) and that because protein and fat satisfies hunger pangs quickly, less food is eaten. But Health24 received a complaint from a woman, a diabetic, who had been following the diet religiously but had put on weight. Health24 contacted Tim Noakes for comment. .

Tim Noakes stumped
“To gain weight means that she has increased her calorie intake,” Prof Tim Noakes told Health24 when we quizzed him on this particular case.
“The Banting diet works because in most people who follow it, reducing carbs and increasing fat intake spontaneously reduces calorie intake without producing hunger. In some women this does not occur for reasons that we do not understand.
“To overcome this we advise some degree of food restriction – by eating less frequently and by practicing intermittent fasting. The brain controllers that direct calorie consumption need to be re-programmed and this requires active participation by some individuals.”Noakes, who in a previous article for Health24 explained that he has a predisposition to develop adult-onset diabetes because he is what is known as “carbohydrate resistant” (CR) and hence “pre-diabetic”, added that the presence of diabetes complicates the issue, especially if insulin is used because it is a fat building hormone.”Those who struggle to lose weight need to be absolutely certain they are not eating more than 25 grams of carbs per day,” he said. 25 Grams of carbs is about 1 medium baked potato.”

Chermoula chicken kebabs with dukkha yoghurt.
Chermoula is a brilliant Moroccan marinade that is traditionally used on lamb. You can add it to marinades or dip your bread in it. Personally I think life is too short to make your own chermoula, but when I discovered that Food Lovers Market was sold out, I decided to use harissa paste instead. The two North African pastes are very similar. I used almost the entire contents of a 140g jar as a marinade. Instead of Greek yoghurt I used Woolworths’  double cream yoghurt which was so thick and rich I nearly swooned in pleasure. I also flung over extra olive oil before grilling. This meal was a huge success at a recent dinner party.

1 Puree all the ingredients into a fine paste.
2 Add to a saucepan and cook for about 15 minutes, until the oil and fibre begins to spit.
3 Store in a sterilized jar for up to a month.

1 Combine all the ingredients and leave to stand for an hour to infuse.

1 Skewer the kebabs with a square of pepper, then a piece of chicken and continue the pattern until you have six pieces of chicken on each skewer.
2 Pour the chermoula over the chicken and rub it in.
3 You can grill these straight away, but leaving them for a while or even overnight will enhance the flavour dramatically.
4 Cook or grill them on as high a temperature as possible until nice and dark on the outside. Keep a close watch and turn regularly.
5 Serve with the dukkha yoghurt on the side, along with fresh coriander and a twist of fresh lime or preserved lemons. I served with wholewheat couscous rather than cauli rice. – Ingrid Shevlin, March 2016