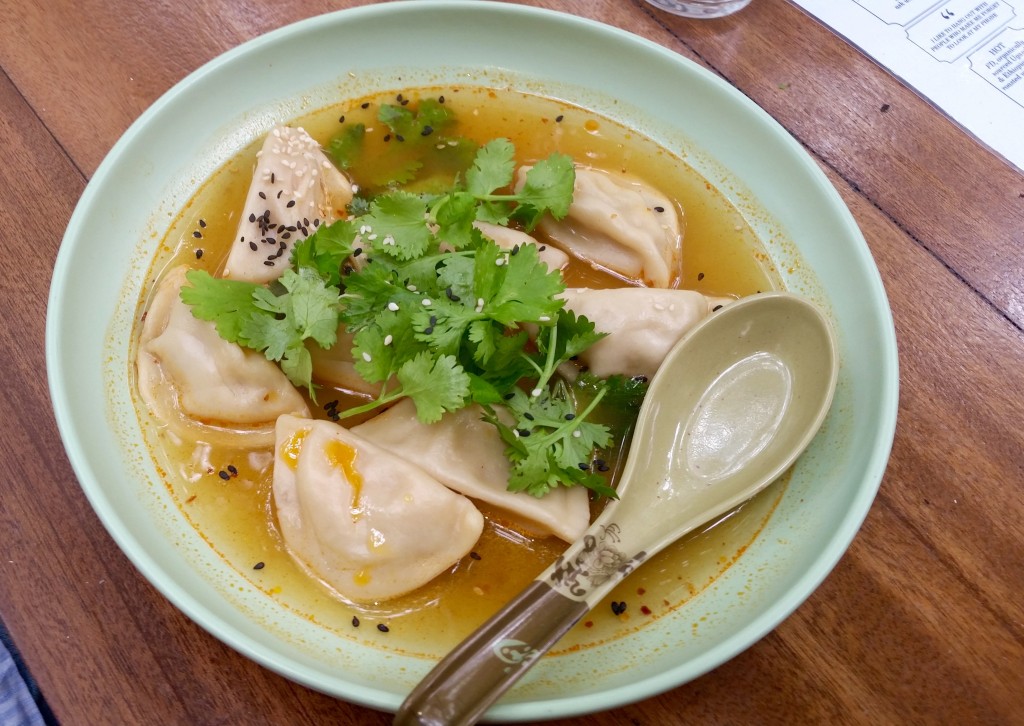 Freedom Cafe is alive and well with a new menu and a newly revamped interior.
Following Lucy Markewicz’s departure to focus her energies on the Cake Lab and the Renegade Kitchen, Neil Roake took up the reins again of the restaurant he opened some years back, and which has won design awards.
But it’s essentially still the same uber stylish venue that was born from a collaboration between Neil Roake, founder and creative director of Durban ad agency, Modern Museum, and the awesomely talented Greg and Roche Dry of Egg Designs.
Neil is also a foodie, having authored six books on food. After outsourcing Freedom Cafe to Lucy for four years, he’s just relaunched it.
On Saturday I lunched there with my partner in Shrewd Food, Meleney Cunniff and Lucy Markewicz herself, all three of us eager to put the new menu to the tongue-tip test – and left happy after a long, relaxing lunch. 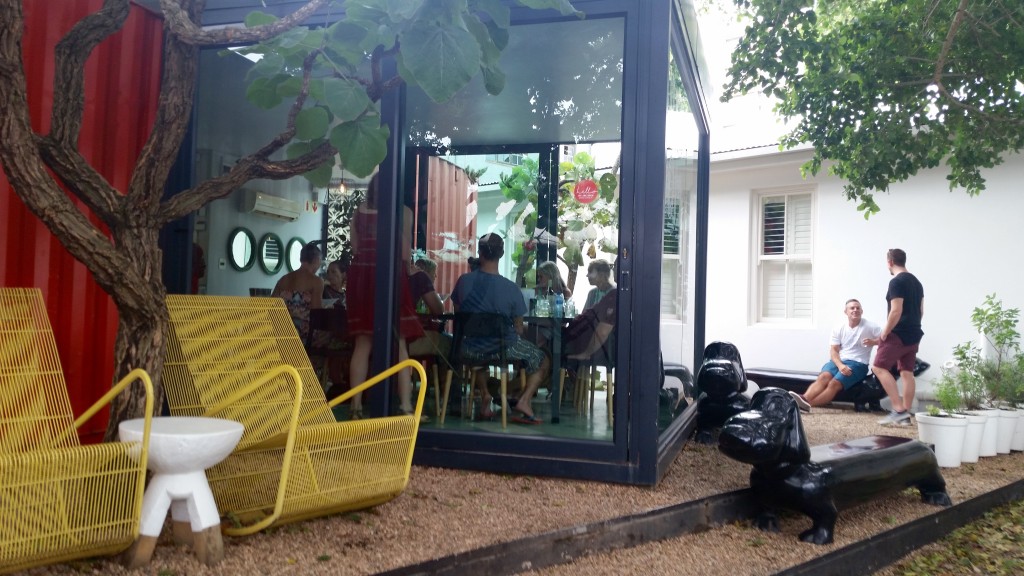 Freedom Cafe, from the front. 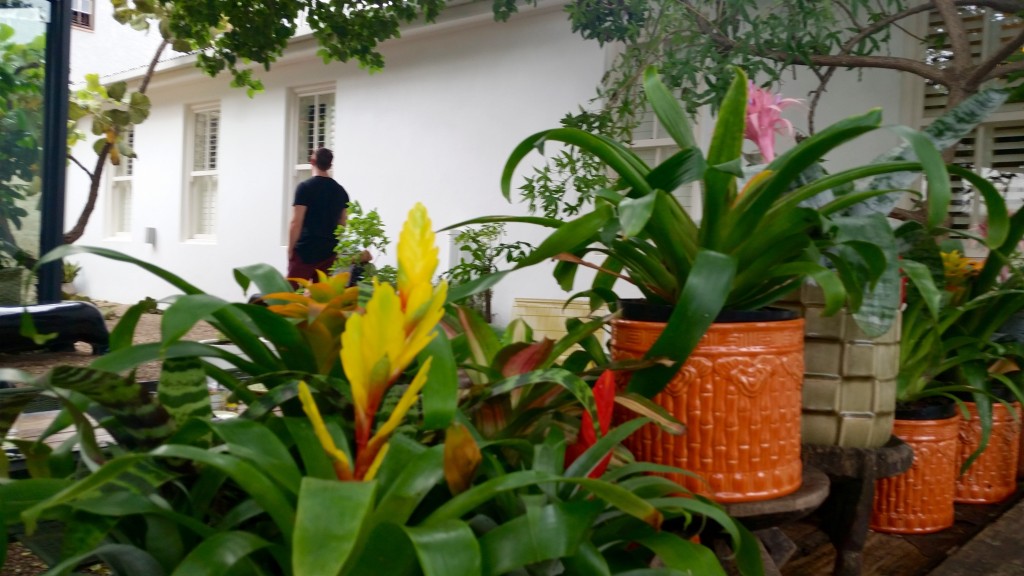 THE LOOK
The major change is to the interior of Freedom Cafe, which made clever use of two shipping containers. Previously, a bar area took up most of the main space, leaving an awkwardly narrow area for tables. Now the bar has been tucked away in one corner, resulting in a larger central space for extra tables.
In the outside front area, a table has been devoted to a variety of bromeliads. The enormous Dachshunds are still playing sentry but, weirdly, the flamingos have turned from pink to gold. The back area with tables under trees is unchanged.
Freedom Cafe remains one of the prettiest eating venues in Durban with its shady trees and a wall of staghorn ferns.

TO THE FOOD
Light cafe meals that have been inspired by cuisines from Asia and the  Middle East. While the menu is limited, there’s still enough variety to please the most fickle of diners.
There’s a breakfast menu with the likes of a Turkish breakfast with boiled eggs, cucumber, olives, feta, and sumac, along with omelettes, health breakfasts and traditional. Although the traditional has a twist. Think scrambled eggs, pork sausages, mushroom and tomato kebabs, crispy pancetta and chakalala.
Salad selection includes a fried egg salad with nuoc cham dressing; a smoked trout salad with pickled ginger, avocado and sesame; and a watermelon salad with feta, olives and pickled red onion.
There are three soups and five burgers, which include a kimchi mayo beef burger; a turkish beef burger with a red pepper salsa; and a falafel burger with chilli jam.
A sandwich selection includes a deep filled chicken sandwich with sweetcorn, dill mayo pickled red onions and rocket. A spicy section covers a green chicken curry with palm hearts and chargrilled zucchini; and a Sri Lankan lamb and cucumber curry bowl.
Under “wrapped” is a roti taco with lamb curry and, rather unusually, tzatzki, dried peaches mint and pico de gallo, as well as Vietnamese summer rolls. An original Freedom Cafe favourite if I remember correctly.
Meleney opted for pork wontons in tom yum broth, R59. You can add prawns for an extra R30. It was truly delicious and the wontons exquisitely flavoured. A winner. Lucy ordered the pressed pulled pork sandwich with jalapeño, pickled red onions and pico de gallo, which is a tomato salsa, R65. She praised her choice.
I ordered a kfc (twice-fried “Korean fried chicken”  wings – you get it?) flavoured with gochujang and served with straw fries, R95.  Gochujang is a pungent fermented Korean condiment made from red chilli, glutinous rice, fermented soybeans, and salt. The wings were plump and tender and delicious. A generous portion too.
In honour of Lucy’s presence we were served complimentary desserts. A lemon meringue ice-cream pie and koeksister ice-cream. Nice, but too sweet. Although we enjoyed the pink lemonade sorbet served with watermelon balls and black sesame.
The only real disappointment were that the cappuccinos were bitter.

VIBE & SERVICE
Freedom Cafe has always had a happy vibe and while the service has not always been consistent, we had no complaints.