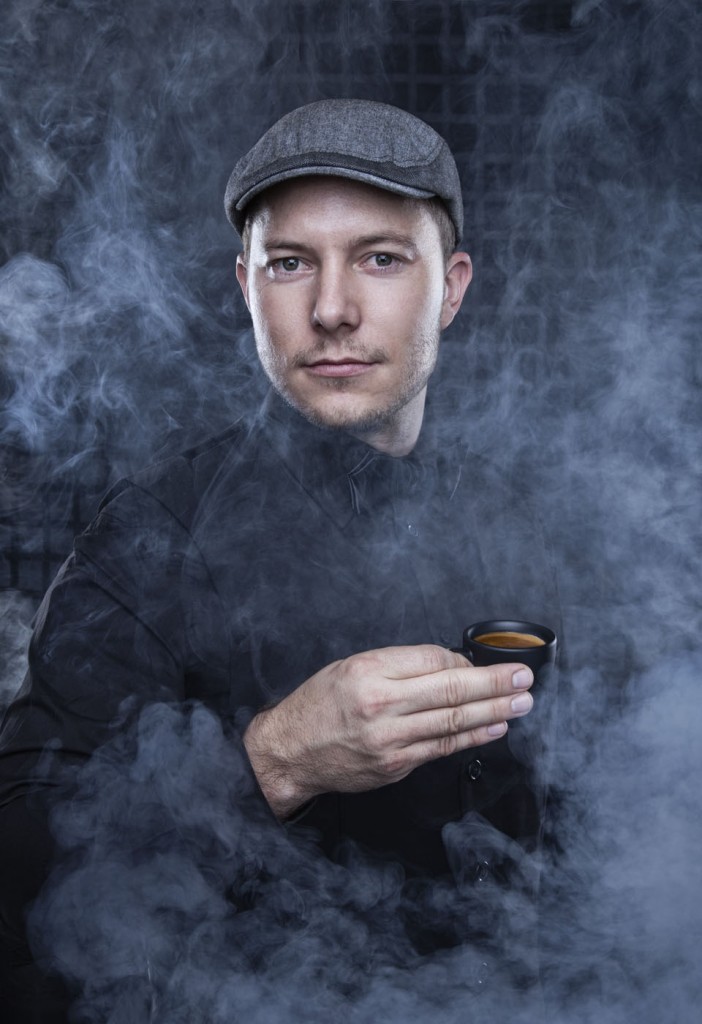 Craig Charity, who came 15 in the World Barista Championships last year. Craig is from Durban

You’ve all heard it before  – Durban is the hottest place to be –  and it is. Hot on the heels of our winning the bid to stage the next Commonwealth Games, Durban is hosting, for the first time, the SCASA National Coffee Competitions from November 19 to 22 at Gateway.
This includes the Barista Championships, Cup Tasters Championships and Latte Art Championships. In the end three National Champions will be chosen, one from each category, to represent their country.
And don’t think for a moment things don’t get hot and steamy during the competition. Having played the role of Barista Mama for the regional championships earlier this year, I know exactly how tense it can get behind the scenes and then on stage.
After all this is a test of  performance and skill under pressure. As well as being able to produce perfect coffee under the watchful eyes of  seven critical judges, each barista has to produce four espressos, four cappuccinos and four signature drinks – in under 15 minutes!

If there has to be a top dog in coffee it’s the barista competition. The World Barista Championship attracts entries from baristas from over 50 countries who have won their regional and national-level competitions. The winner of  the  South African Barista champion taking place form November 19, will represent South Africa in Ireland next June.
Among those performing this year are the Gauteng Regional Champion, Johnson Sehoro,  and Wayne Oberholzer who is representing the Western Cape. He is a former SA Champion. Also performing will be Eastern Cape Champion, Donovan McLagan, famous for his appearance in a Checkers TV commercial and a former Cup tasters Champion who was placed 5th in the world in 2012.
Finally KZN’s hopes are pinned on Craig Charity, former SA Champion and 15th best Barista in the World in 2014. Craig is from Lineage Coffee in Hillcrest.
There are 24 baristas in the finals, six from each of the 4 competitive regions.
During the competition you will have the chance to meet some of the country’s best coffee talent. If you’ve ever wondered about the world of specialty coffee, this is your chance to pick the brains of the best of the best.  – Ingrid Shevlin