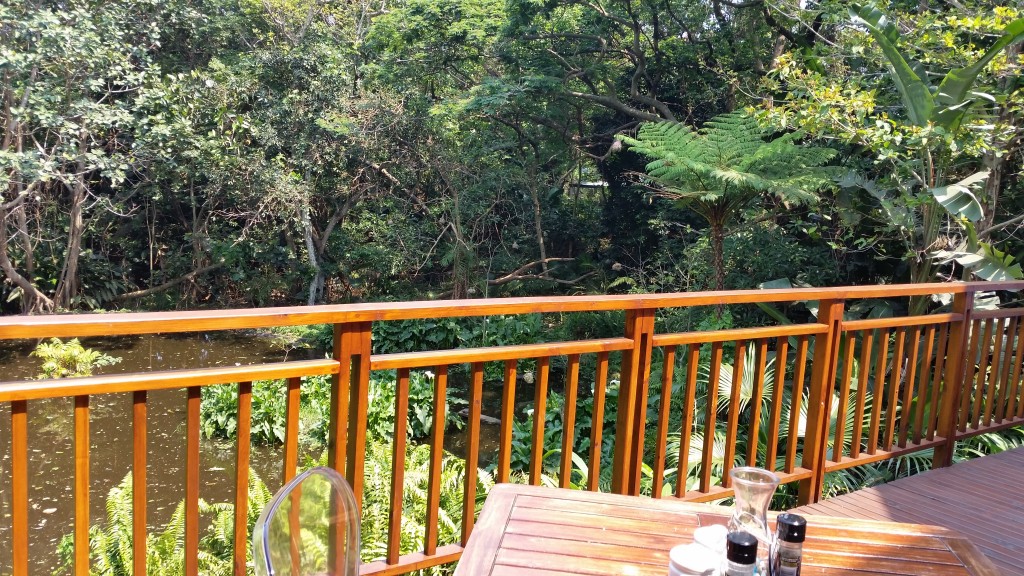 Waterberry Coffee Shoppe – view from the deck over indigenous forest. 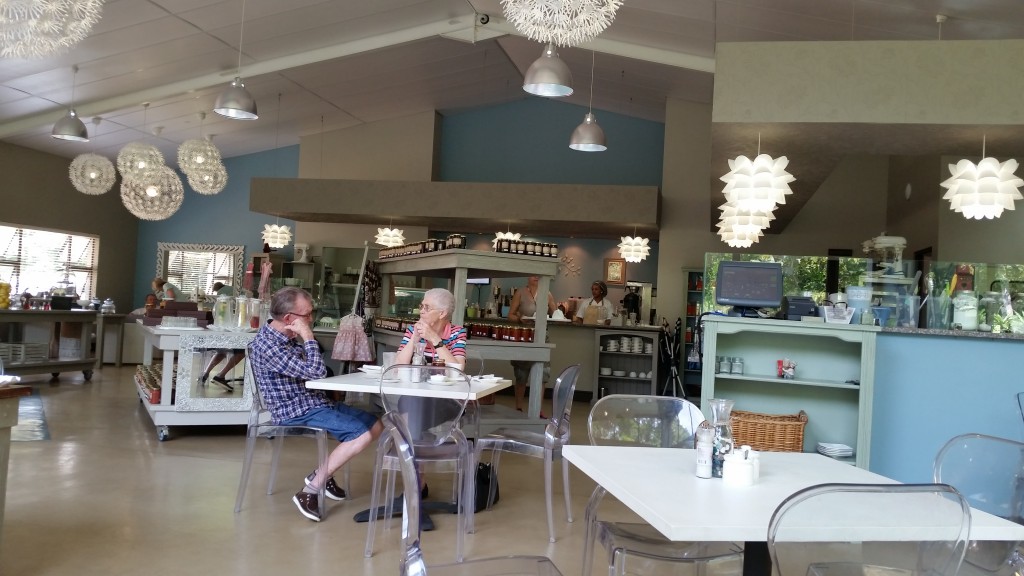 It’s hard to be indifferent to the charms of family-friendly Waterberry Coffee Shoppe. It’s a bright, airy restaurant in soothing shades of greys and blues with a stunning location in the middle of a coastal indigenous forest. It’s home to a rich birdlife and duikers. Staff members are warm and welcoming and, judging by their website, so are the owners, who seem to be decent, god-fearing folk.  And their faith has certainly been put to the test. Opened in 2003 their first disaster struck at the end of that year when a huge tree fell on their deck, requiring some serious reconstruction.
In June 2013 the entire restaurant, a wooden structure, burnt to the ground and had to be rebuilt. Then, in June this year, the restaurant caught alight again. This time the damage was not nearly as severe but some rebuilding was necessary. On their website they describe the fires rather whimsically as “A Berry, Berry Big Fire” and a “A Berry Little Blaze”.
Fast forward to October and all is well with Waterberry.  But there is one blot on this picture perfect landscape and it’s the food.THE LOOK
As I said, a very pleasant, spacious restaurant, contemporary in look with brushed cement floors and huge  windows overlooking the forest. Homely rows of jams, marmalades, pickles and other condiments sit on windowsills and on shelving units on wheels, which also showcase a range of delectable-looking cakes. Nice, homely vibe. 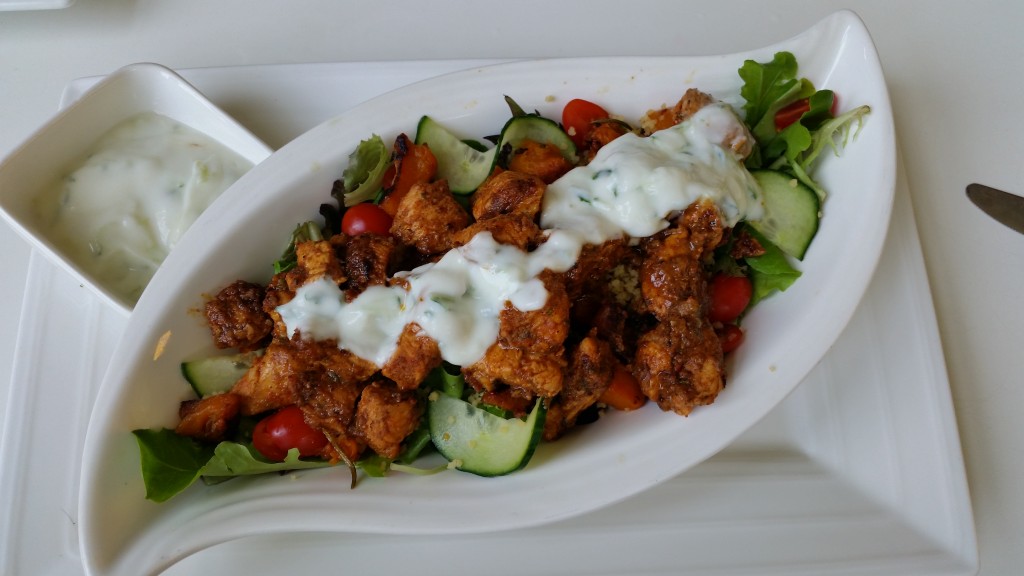 TO THE FOOD
Waterberry has a pretty basic menu. They have a limited breakfast menu which includes the chance to make up your own, as well eggs Benedict, eggs Waterberry (with mushrooms), eggs Onassis (with salmon) and muesli. Cost is around R60 with half portions available. An all day breakfast offers options like avo on toast and French toast.
After this comes pancake and waffle options (homemade). A good selection of toasted sarmies with a salad (or chips) are also on the menu and, judging by those that passed our table, they looked good. A kiddies menu (and playground) is also available.
Main meal options are limited to wraps and flatbreads, with various fillings, as well as salads. One such salad was a Capri with smoked salmon trout, capers, tomatoes and Danish feta.  Another featured seared fillet strips with greens, tomatoes and blue cheese. There’s also the inevitable quiche.
The daily special was a homemade beef burger, which Frank ordered. Frank Chemaly being the Mercury’s food  critic. You can read his experience in that newspaper next week. We, my brother and I were his guests.
Frank’s homemade burger, which came topped with tomato and lettuce, was remarkable only by its lack of flavour or seasoning. In this case it might have been better to have bought it pre-made. He enjoyed the homemade chips though.
I ordered their version of a caesar salad, which was described as poached chicken strips served over greens, tomato and cucumber with boiled egg, croutons and a caesar dressing, R70. Sadly this looked as unappetising as it tasted. It was chunks of warm chicken, sprinkled with what appeared to be diced toast and a dressing that tasted predominately of mayonnaise.
My brother ordered the Moroccan chicken salad, R70, which was marinated chicken on greens with cous cous and minted tzatziki. Quite a strong spice flavour but not bad at all. Perhaps the best dish of the three.
We had better luck with the blueberry cheesecake which was gorgeous and rich, and my waffle served with only sugar and cinnamon as I asked.

SUMMING UP
I’m going to give Waterberry the benefit of the doubt and suggest that Mondays, the day we went, is the chef’s day off, as it’s hard to imagine a trained chef producing such mediocre food. So listen up Waterberry, you have a great place, a great location and good staff. It takes no extra time  to produce good food. After all your cakes have had rave reviews on Facebook, so something (someone?) is working in the kitchen.