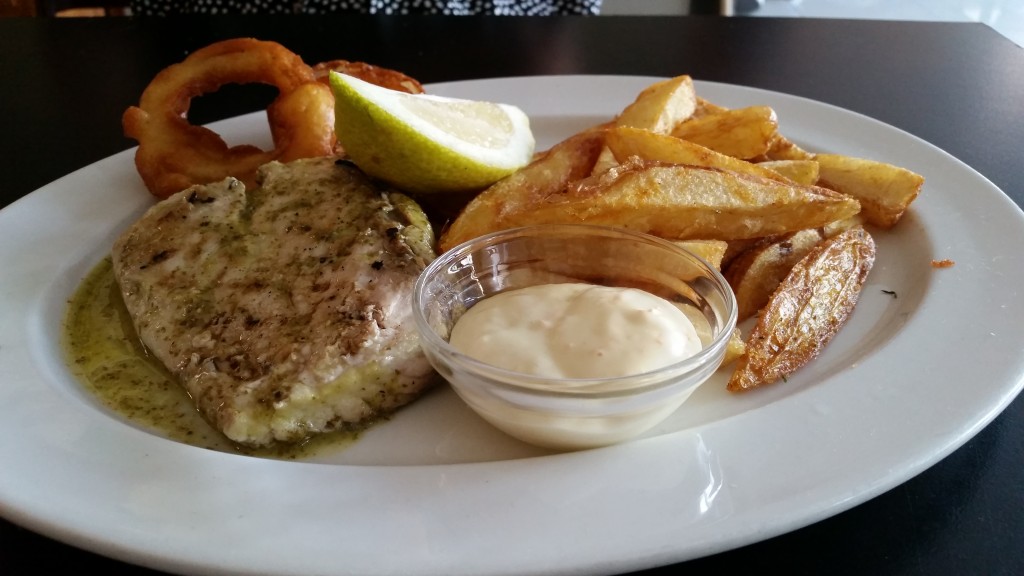 The P.I.T.Z serves more than steak, chops and burgers, such as fresh kabeljou

INTRO
According to its website The P.I.T.Z is a “genuine South African braai restaurant with a hint of an American theme”, which is, I suppose, a fair enough description.
This was our second visit, with the first being late last year. Inevitably it was looking a little worn and it wasn’t anywhere near as busy as when we first visited, also on a Sunday.
Its location in a somewhat worn-out hotel didn’t help its appeal. Nor did its decor, which was a little rudimentary, or the badly executed portrait of Nelson Mandela opposite the entrance. Worse, most of the tables were set up outside in what is, basically, a car park. Most car parks are bleak, but this one was particularly cheerless.
Despite that we enjoyed the food and were unanimous in believing that if  P.I.T.Z was in Gateway, or similar, it would be a whole different ballgame.

END_OF_DOCUMENT_TOKEN_TO_BE_REPLACED 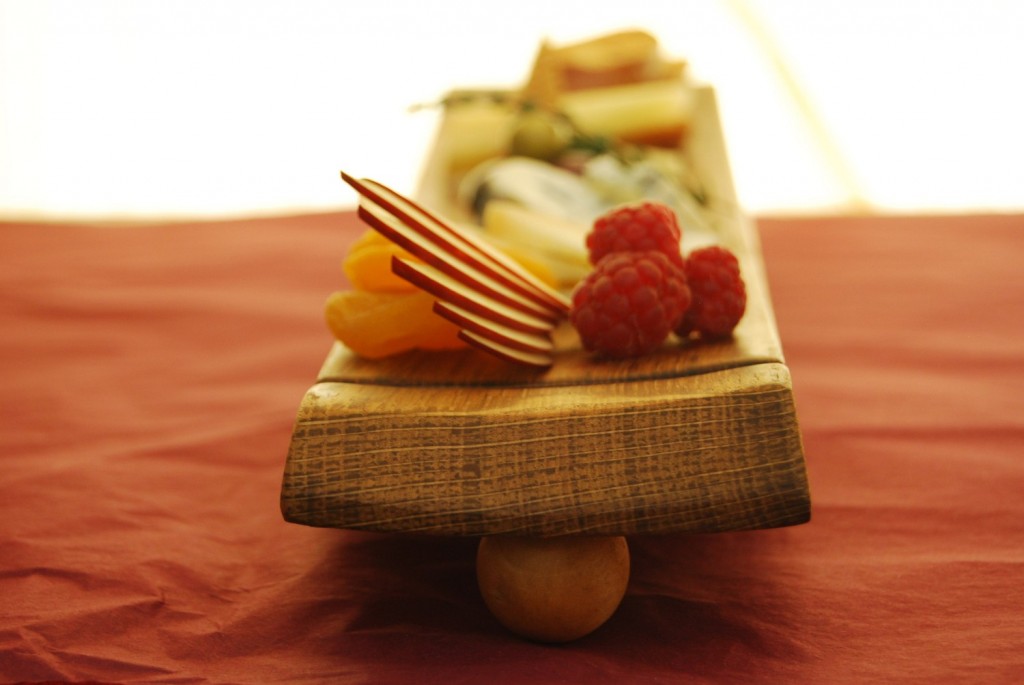 Food plated on a wooden board. Good to look at, awkward to eat off

Please can I get my food served on a plate? If I go to one more restaurant with food perched precariously on a wooden board I am going to declare war. Or vote with my feet. I can’t tell you often the fries have fallen off, the salad’s toppled over or, in my worst experience, a half boiled egg’s rolled lazily away from me as I tried to pin it down with my fork.
I reckon plates were invented for a reason, that reason being to contain the food, allowing the eater to marshal the various bits into bite sized pieces. Perhaps they came about as a result of a ceramic accident, with an early potter making a mistake in some pre-historic kiln, leaving an odd lip around a flat base. But what a happy accident! Sauces cannot escape, peas are secure and there is a satisfying sense of accomplishment when the forkful of food is easily assembled.

END_OF_DOCUMENT_TOKEN_TO_BE_REPLACED 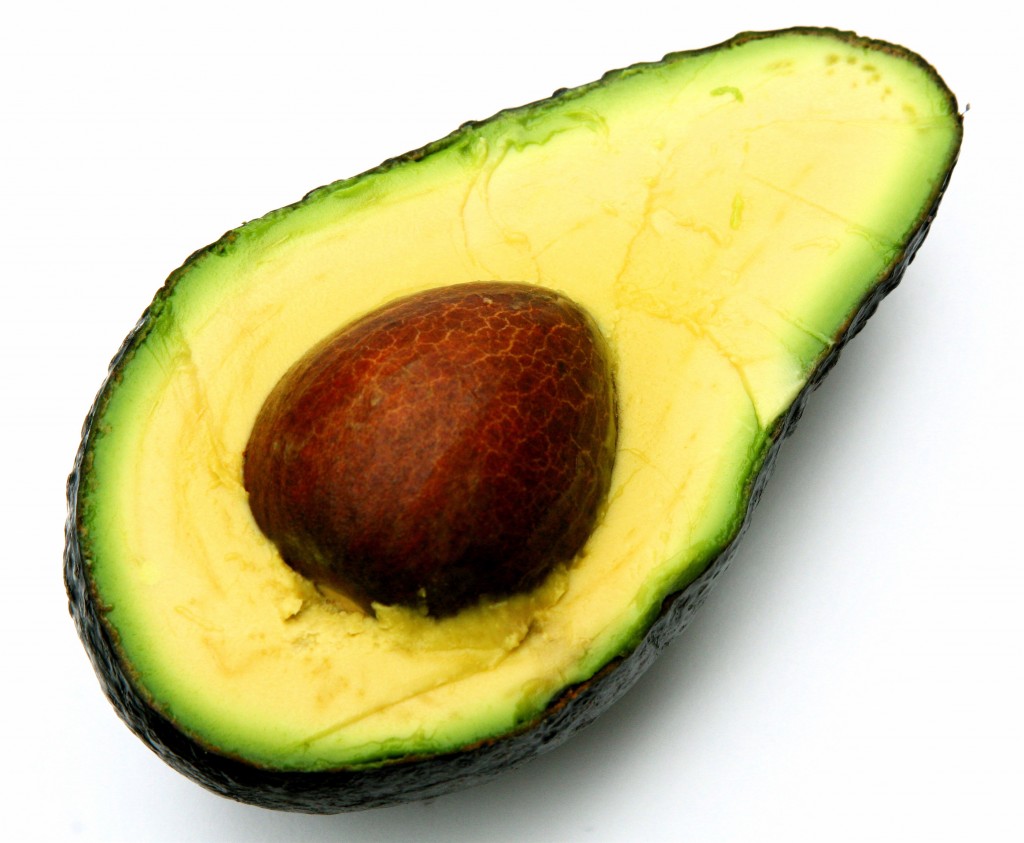 The humble avocado has become a victim of its own success

THE POPULARITY OF THE AVOCADO COULD BE ITS DOWNFALL

The avocado is enjoying worldwide popularity but this may result in it becoming endangered says a report in The Independent in London.
The reasons are water and drugs.

END_OF_DOCUMENT_TOKEN_TO_BE_REPLACED 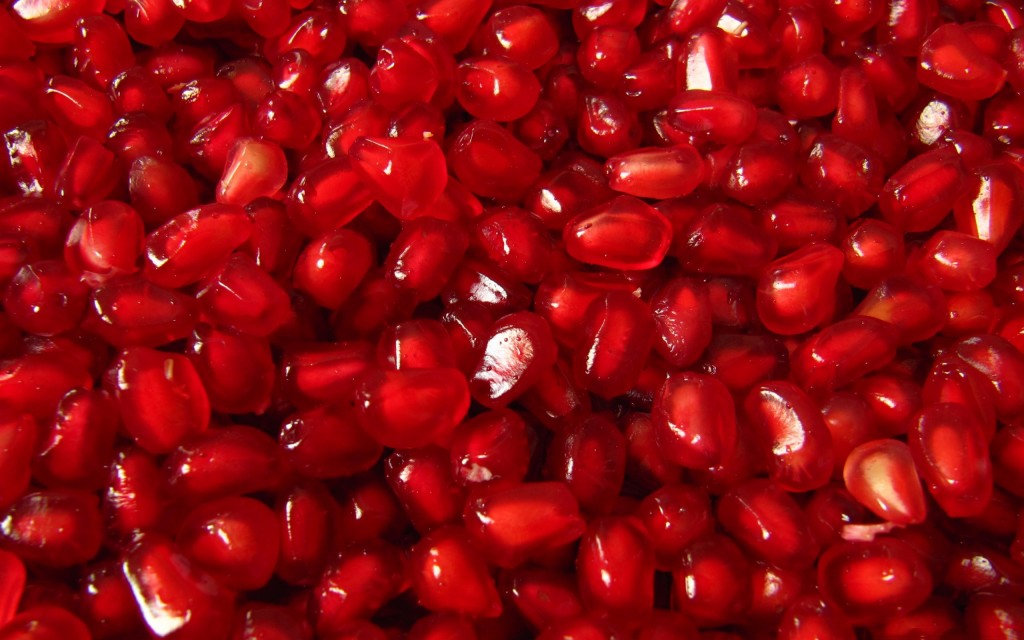 Pomegranates, one of the fifty top foods.

FIFTY FOOD TO INCLUDE IN YOUR DIET

Hardly a day goes by without a new food list being featured in some publication. Such as: “Ten foods you thought were unhealthy but are actually good for you”; or “Ten foods with hidden sugar”; or “Ten “healthy” foods that are really unhealthy if you want to lose weight” .. and so on.
And that’s not even talking about the faddy diets that keep popping up.
It’s a minefield out there if you enjoy eating but also want to keep healthy and fit.
On May 6 the Independent in London (www.independent.co.uk) published a very interesting list of 50 foods you should include on your shopping list. It was so sensible, we thought it worth repeating. The full story on why the foods are so important is available on their website. Tap in author’s name – Siobhan Norton – in search engine.
Here is the list.

END_OF_DOCUMENT_TOKEN_TO_BE_REPLACED 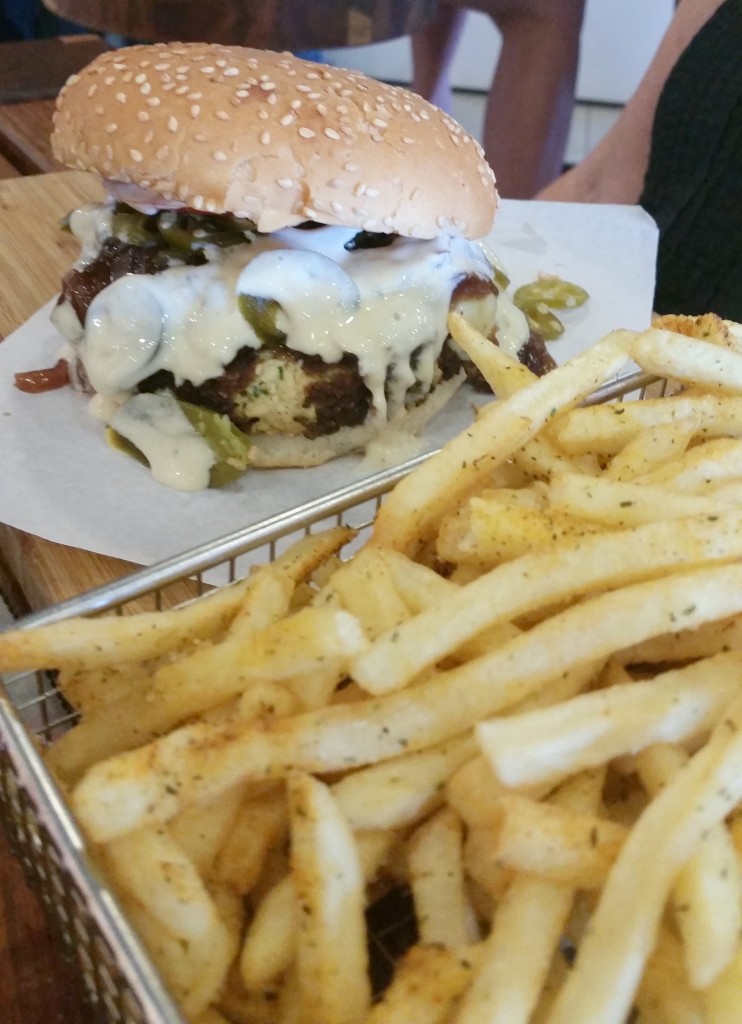 ROCOMAMAS
Shop 21-23 MacKeurten Aveneu Durban North
Call 031 563 0925
Open: Thursday and Saturday 9am to 11pm
Fridays from 9am to midnight
Sunday to Wednesday 9am to 10pm

THE INTRO
RocoMamas is so head-poundingly noisy that if you are looking for a quiet place to eat and chill, go elsewhere. On the upside it’s perfect if you are on a blind date and dread the thought of the conversation turning awkward.
If you are, don’t you worry. He or she won’t hear a word say. You can sing the national anthem, quote poetry or recite the United Nation’s declaration on slavery and all your date will see is your lips move, will assume you are making intelligible conversation and smile politely.