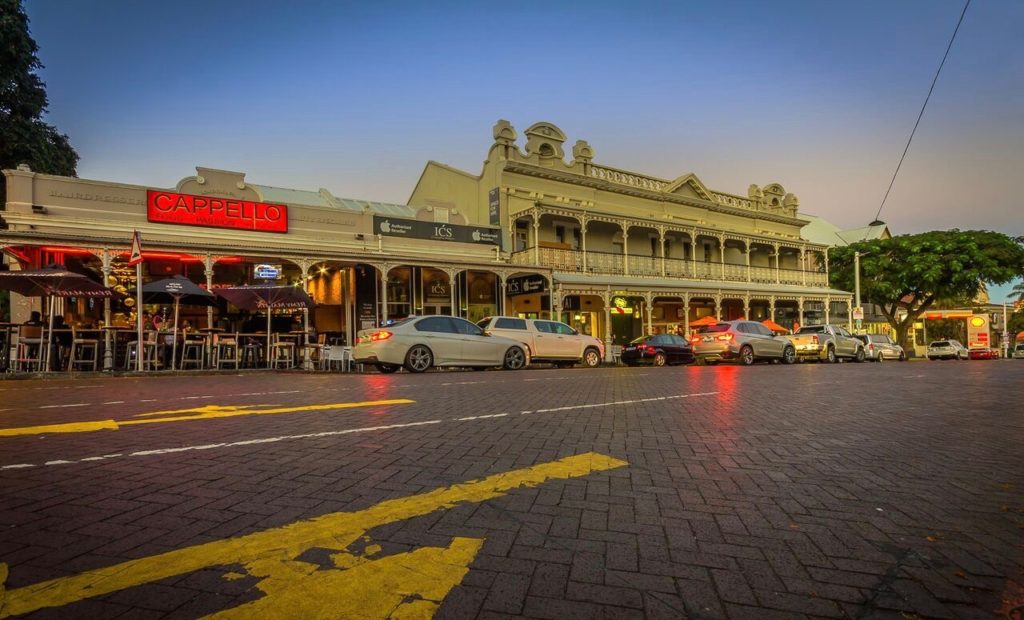 Hello Future! Florida Road is being transformed, restored and regenerated. Well, that’s the plan anyway.  Ingrid Shevlin discovers what Urban Lime (and a few others) have in mind for this iconic area, destined to become Durban’s high street. Expect an explosionof restaurants.

Jonny and Katie Friedman are the powerhouses behind Urban Lime. On their website they describe the company as “an innovative commercial property regeneration company that transforms and regenerates urban landscapes that have fallen out of fashion into vibrant communities for people, business and enterprise to thrive.”
And that’s no boast. They own and are rejuvenating more properties in Florida Road than any other developer. An impressive number I discovered after Katie took myself, fellow journalist Frank Chemaly and two young food entrepreneurs looking for restaurant space, for a walk up and down Florida Road. The aim was to not only view their properties, but learn their plans for those still undergoing regeneration and renovation. In other words, loads of changes, but not of the skyscape. Urban Lime is, as they say, all about restoring. Not destroying iconic and historic buildings.
Of course you can’t own that many properties and be that powerful and escape criticism on a range of issues. Like accusations of high rents, or disapproval of their plans for the Florida Road of tomorrow, or suggestions they are favouring chains and franchises over the “little guys”. 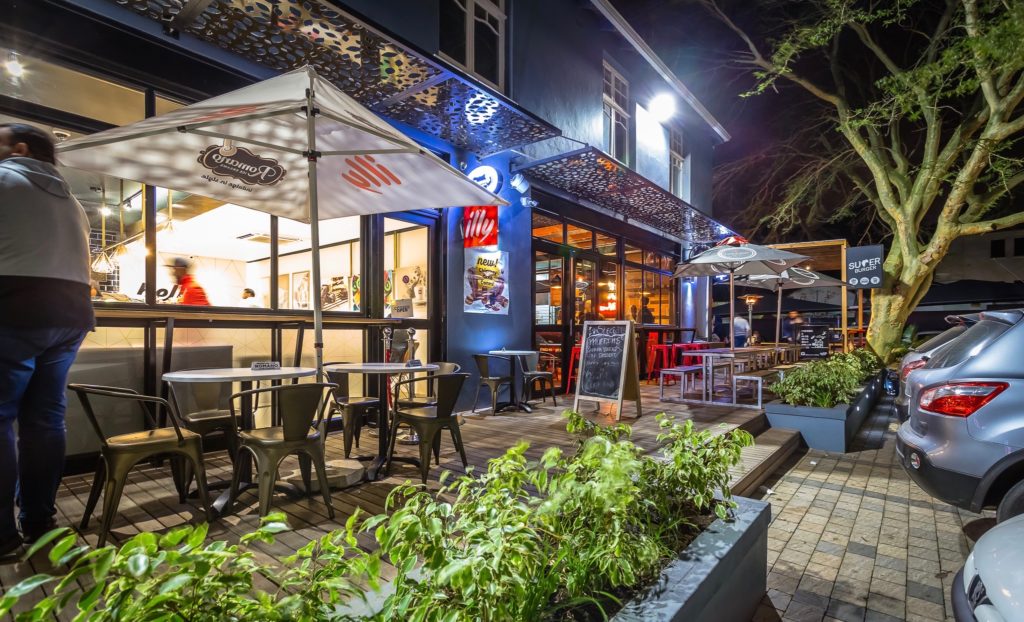 But whatever you think, you just can’t help but be charmed by Katie’s palpable enthusiasm for Florida Road and it’s architectural heritage, and Durban, which has been her family home for just over two years now.
British by nationality she and her husband – a South African citizen who was raised in Britain – moved here from London because they identified Durban’s amazing potential. Apparently they own properties around the world and have been behind regeneration developments in London and Cape Town. But, that’s not what this story is about. It’s about what they have planned for Florida Road.
All the properties mentioned below are part of Urban Lime’s property portfolio.
Firstly, Republik’s Durban North branch is relocating to 217 Florida Road in what used to be an art gallery and then Wakaberry. Katie thought it would be open by now, but when I strolled past it recently, it looked far from ready. Repubik is a gourmet burger, wine and coffee bar.  Latest update is they will be opening on October 1
Sugarlicious, (also in Umhlanga) is another new tenant. At 223 Florida Road they boast of serving South Africa’s first ice-cream macaron sandwiches in a wide range of flavours. Their macarons are exquisite looking – almost too beautiful to eat. I’m not sure they are quite my thing, though, far too sweet and I think the macarons suffered from being kept frozen (remember the ice-cream). But, clearly others feel differently as there were enough people enjoying them when I was there.
Florida Exchange at 223 Florida Road, an Urban Lime initiative, has welcomed a new tentant to the existing line up. This time it’s the CraftsMen (formerly of Helen Joseph Road). Luke Reddy and a partner are behind this operation and they are serving pulled pork, lamb and brisket (slow-cooked in a smoker) served in rolls  or Chinese steamed bao buns. I sampled a  “bao to your sensei”, which is steamed Chinese bao buns filled with smoked pork belly, a light slaw and a chilli soy bean paste with dressed pak choi, R65.  Sublime. Good to see an owner-run eatery finding favour so quickly as their stock was sold out three times in the first week. CraftsMen will soon have a bar up and running.
The next building we visited is behind Taco Zulu and overlooks the Florida Exchange. The plans are to accommodate both a shisanyama and a Turkish restaurant at the rear. Love Turkish food, so that’s a plus.
There is a slightly delapidated house on the corner of Florida and Currie Road, 257 Florida Road. It’s currently undergoing renovation and Lupa is the intended tenant on the ground floor. An outbuilding on the same property is destined to become a small artisanal bakery and should be open by the end of this year.
Passing FNB and Spar we come to Hacienda, at 218 Florida Road. At the moment Love Coffee occupies a small space on the ground floor along with Barber Box, a tiny but busy barber shop. It will be joined by a salad bar and a surf shop in the near future. The pavement along this little side street has been lifted and replaced with small cobble-like stones (all paid for by Urban Lime). That, and long, steel eating tables, offer a stylish touch. If you enter the Hacienda, you’ll see a large atrium area. Plans are for another restaurant to be sited there. This time it will be about fine dining.
The next building is Florida Fields. Plans are to introduce small businesses, which will be food and retail related. Then comes three beautiful Edwardian villas dating back to 1903.
The first is Atherton, 295 Florida Road, which is the new home of latest branch of Jack Salmon Fish House. All branches are owner operated, each with a working partner. This is a beautiful and rare example of intact Edwardian architecture and it has lovingly been returned to its former glory by Urban Lime, who also own the third Edwardian villa in the line up. The middle villa is owned by attorneys, but Urban Lime is collaborating with the owners to combine the gardens of the three properties to return them to an oasis of green with trees, plants and shrubs.
A textile company, Home Fabrics, is the tenant on the ground floor of the third villa. The upper floor will offer individual offices for SMEs with shared meeting spaces.
We walked further up towards Mitchell Park and arrived at what was once the Artisan Gallery, which I loved. At the moment restaurateurs are being invited to apply for the space.
Then we all walked back down towards Gordon Road where Skyline Coffee have opened up a hugely popular café. As I understand it, Spiga, reincarnated as Pizza d’ora, will open two doors down from Skyline. This property is not owned by Urban Lime. But they do own the former Spiga premises, including the back section where Mozambik is located.
A Mexican restaurant might just be taking up the space vacated by Spiga. Called Salsa Mexican Grill (also in Umhlanga), it claims to serve genuine Mexican food, but not “typical” Mexican food. I’m not sure what that means, but according to their  web site … “ what makes the salsa experience truly special is the inspired, healthy, modern twist that we give each of our signature dishes.” So, healthy Mexican food!
But as we go to press this is unconfirmed, so that prime site is still available
Next to that is a new cocktail bar, Charlatan, a sophisticated and stylish addition to 200 Florida road, serving high end cocktails and innovative tapas-style food. Love it.  They serve a citrus flavoured gin imported from Italy to die for – although any gin is worth dying for…… 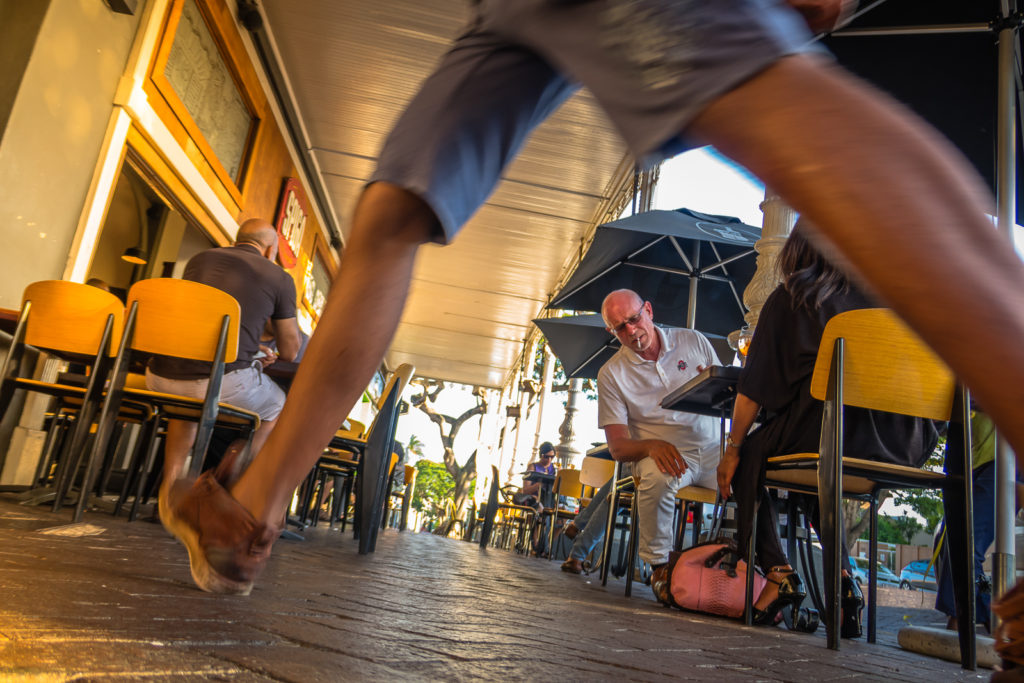 Talking a walk on the “wild” side of Florida Road. Picture courtesy of Urban Lime

NEW OR COMING TO FLORIDA ROAD.

The below eating/drinking venues are not part of Urban Lime, but are worth a mention.

THE QUESTIONS YOU WOULD LIKE TO ASK URBAN LIME

1 Considering that the emphasis in Florida road is on regeneration and maintaining the quaint architecture, how is it possible that a company can flatten four old buildings to erect a block of flats all in steel and glass?
“This is not an Urban Lime project, but the Florida Road Facebook page ran a opinion poll for a couple of days on this development and people were overwhelmingly in favor (35 votes, 83% loved it) as the existing properties, (Coco’s, Absolute, Govanders) were untenable. Urban Lime is not against new build development and the planned development will have stylish new retail (area) on the ground floor and also offer much needed public parking for the road.”

2 With all these new planned restaurants, where will visitors park? Already Florida road is under great strain.
“Urban Lime has made proposals to the city to build a large underground parking facility on the Gordon Road Park site, whilst restoring and greening the public park.  They have also made other, more simple, proposals to allow cars to park perpendicular, which would almost double parking capacity… but these public projects that use public land are almost impossible to move forward, but we don’t give up!”

3 Will the Florida Road of the future become affordable to only chains and franchises?
“Not on our watch! Of the 80-or-so tenants Urban Lime currently has on Florida Road four are chains/ franchises (Starbucks, Pizza Hut, Seattle and Jack Salmon).  Lupa will take it up to five and, if Salsa do come on board, six.  We have a strong bias towards small locally owned enterprises, however we think Florida Road should accommodate a healthy mix, to offer people choice.  People vote with their feet and business at the end of the day.” 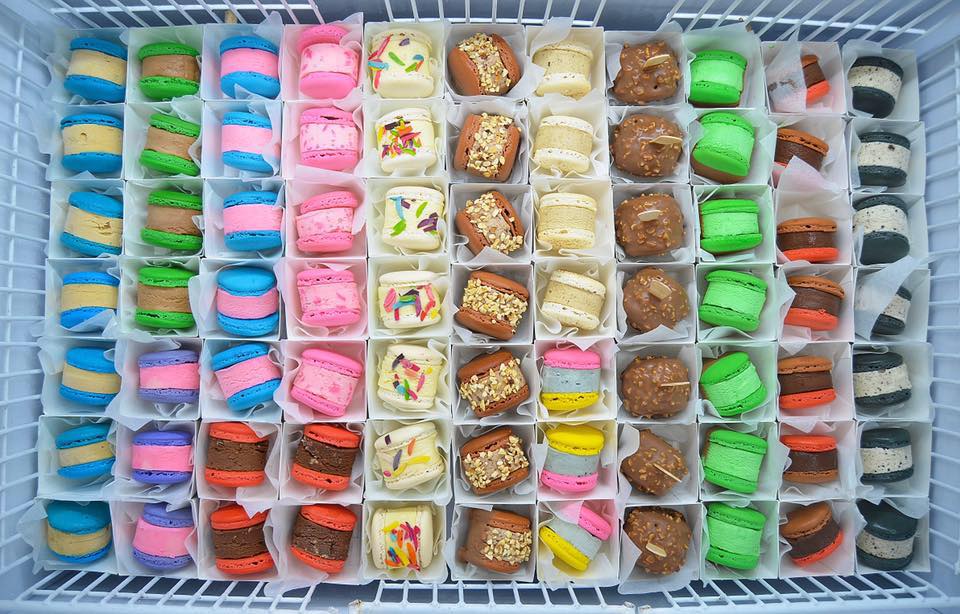