SUGAR AND SPICE AND ALL THINGS NICE 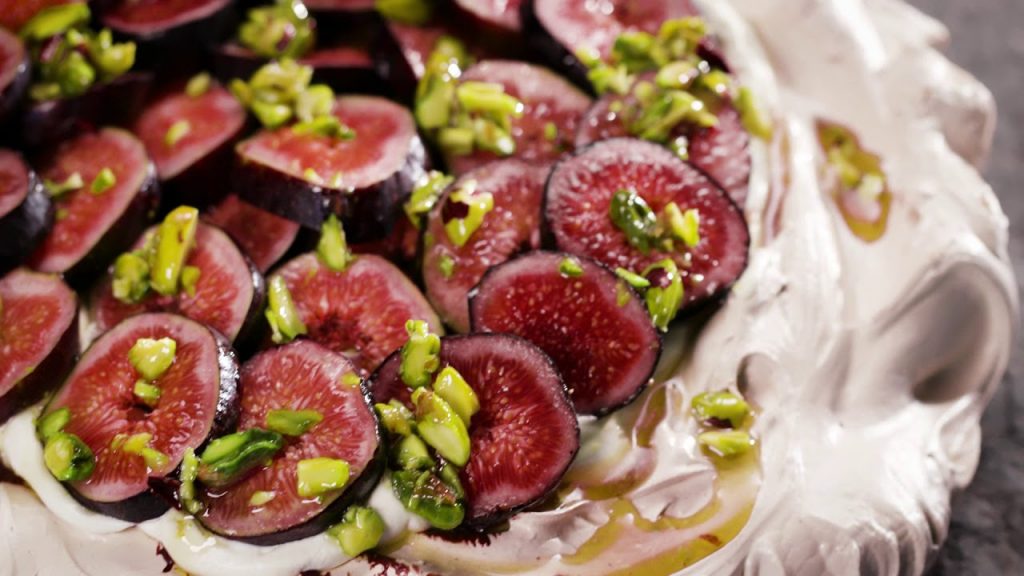 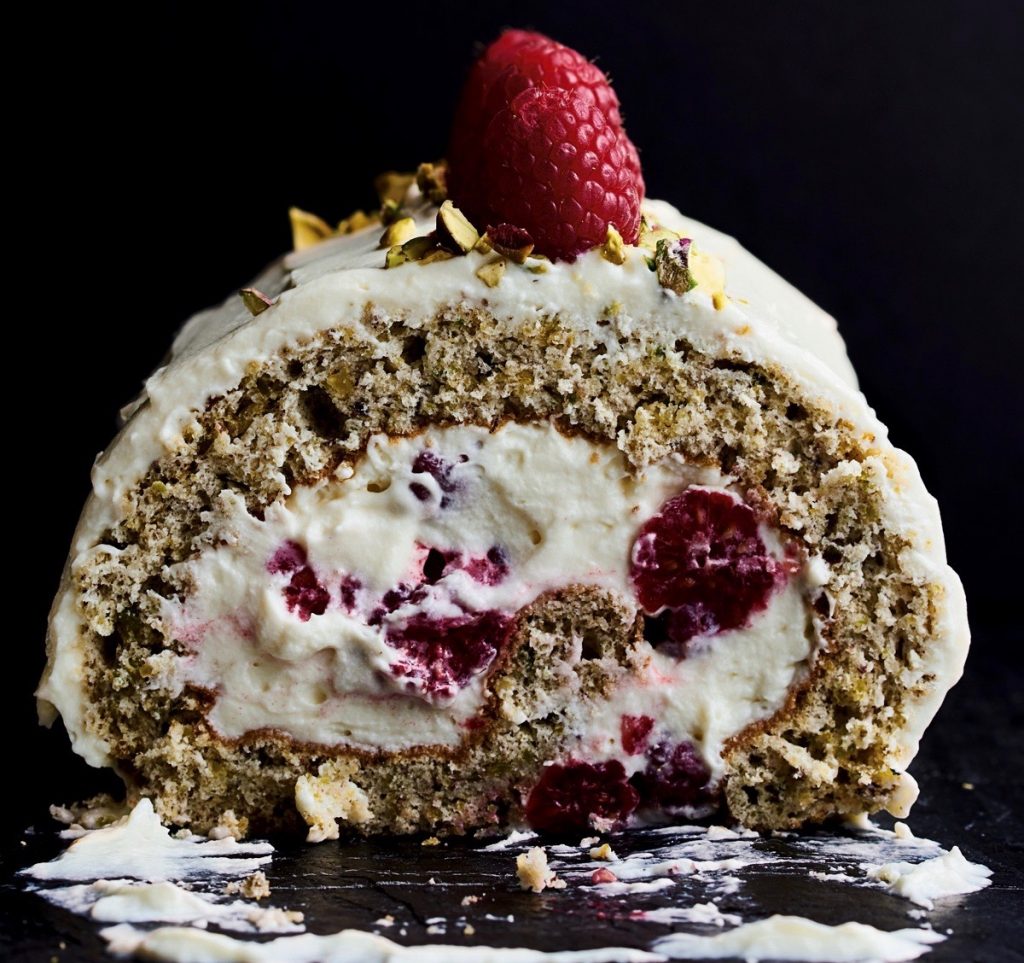 When they say .. if you only buy one book, buy this one.  It’s true in the case of  Sweet by Yotam Ottolenghi and Helen Goh (Ebury Press). It’s that good.

I love, love, love this book. I’ve bought tons of baking books over the years, from modest little books compiled to raise money for charities, to James Martin’s fabulous Sweet (totally weird that it has the same title). Martin’s book is so beautiful and so glossy I was content to perv over the exquisite photography rather than actually bake anything.
But Ottolenghi’s Sweet is different. Yes, it’s also beautiful to look at, but not only are the baked treats desirable, delectable-sounding and different, I wanted to make them. And I felt the recipes were within my capabilities. When I want to bake  something delicious, I don’t want to spend hours doing so.
Ottolenghi’s recipes are fairly straightforward. Instructions are clear, practical and easy to follow with many helpful tips on such topics as storage, serving etc.
And there’s a comprehensive glossary at the back of Sweet that covers baking basics like positioning of tins in stove, secrets to sifting (and there are), proving dough and much, much more. He also gives the low down on ingredients. Take sugar, the most vital of ingredients in baking. He talks about the various types. He also reveals the best kind of vanilla to use and its storage and why he prefers full fat to fat-free. Taste obviously. Ho ho.
He and his co-author and fellow-chef, Helen Goh, are obviously purists about ingredients and recommend only the best and the most flavoursome. For instance, he makes full use of almond flour, butter, cream, citrus and other fruits to add zing.
So, not a book for pâtissiers. A book for you. If you enjoy baking. And if you do, ask a loved one to buy Sweets for you for Christmas. It costs R520 from Adams Books in Musgrave Centre.
But for me the crème de la crème is that the recipes are influenced by Yotam Ottolenghi’s childhood in Israel. Many of his sweet treats, which are divided into cookies and biscuits, mini-cakes, cakes, cheesecakes, tarts and pies, desserts and confectionary, reflect some of the tantalising flavours of the Middle East.
Like almond, pistachio and sour cherry wafers; amaretti with honey and orange blossom; pistachio and rosewater semolina cake; almond and aniseed nougat and tahini and halva brownies.
But of course, there are plenty of options inspired by other countries, including, strangely, New Zealand and Australia. But then Goh come from Australia.  Think  sticky fig pudding with salted caramel and coconut topping; or chocolate tart with hazelnut, rosemary and orange;  or banana mini cakes with rum caramel; schiacciarta (Italian flatbread) with grapes and fennel seeds and gevuld speculaas , shortcrust biscuits from the Netherlands.
I’ve made three recipes from the book. Anzac biscuits, very popular, apparently in New Zealand and Australia, which I’ve made twice. Like crunchies, I suppose.  Really, really nice. And the take-home chocolate cake which is all mixed in one bowl and topped with chocolate ganache icing. All in all, 400g of dark chocolate was used for the cake and the icing. The ganache icing involved chocolate, butter and double cream. Wow is all I can say. But incredibly rich.
Then I baked the apricot and almond cake with lemon zest and cinnamon topping. Fabulous. And not too sweet as I added fresh apricots, which added tartness. (recipe below).
Not often I’ve come across a recipe book which is so inspiring you just want to try everything. But that’s Sweet for you. – December 2017 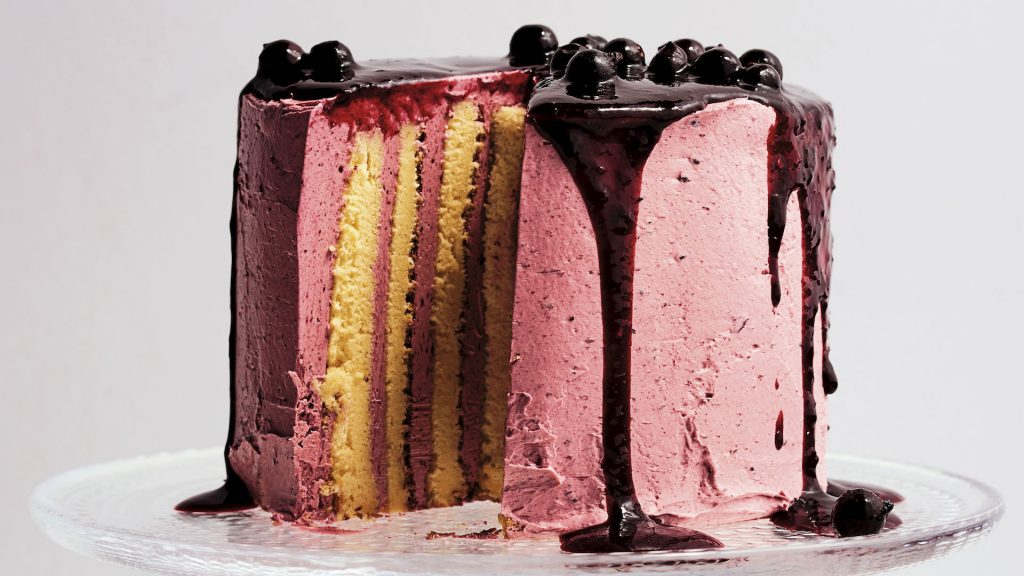 1 To make the topping, melt the butter in a small saucepan and add the sugar, cinnamon and salt. Stir to combine, then remove from the heat. Allow to cool for five minutes, stir through the beaten eggs and set aside.

2 Preheat the oven to 195C or 175C if you have a fan oven or Mark five for gas ovens. Grease a 23cm round springform tin and line with baking parchment.

3 To make the cake, place the butter and sugar in a bowl of an electric mixer with the paddle attachment in place. Beat on a medium speed util light and fluffy and then add the eggs, one at a time, beating well after each addition and scraping down the sides of the bowl a few times.

4 Add the lemon zest, vanilla and almond extract and mix to combine.

5 Sift the flour and salt into a bowl, reduce the speed of the mixer to low and add the dry ingredients to the creamed mix, alternating in batches with the sour cream, so you begin and end with the flour.

6 Mix to combine, then spoon or scrape the batter into the tin. Smooth over with a spatula or the back of a spoon and sprinkle ground almond over the top. Arrange the apricot halves on top, cut side facing up, starting around the outside edge of the tin and working towards the centre. Then spoon the cinnamon topping over and around the apricots.

7 Bake for about 1 hour or until skewer inserted in the centre comes out clean (although topping may be a bit sticky).  Keep an eye on it towards the end of cooking as it can go from undercooked to overcooked very quickly. (This is good advice. My cake cooked in less than an hour)

8 Set aside for 20 minutes in the tin to cool before removing and serving warm with cream.