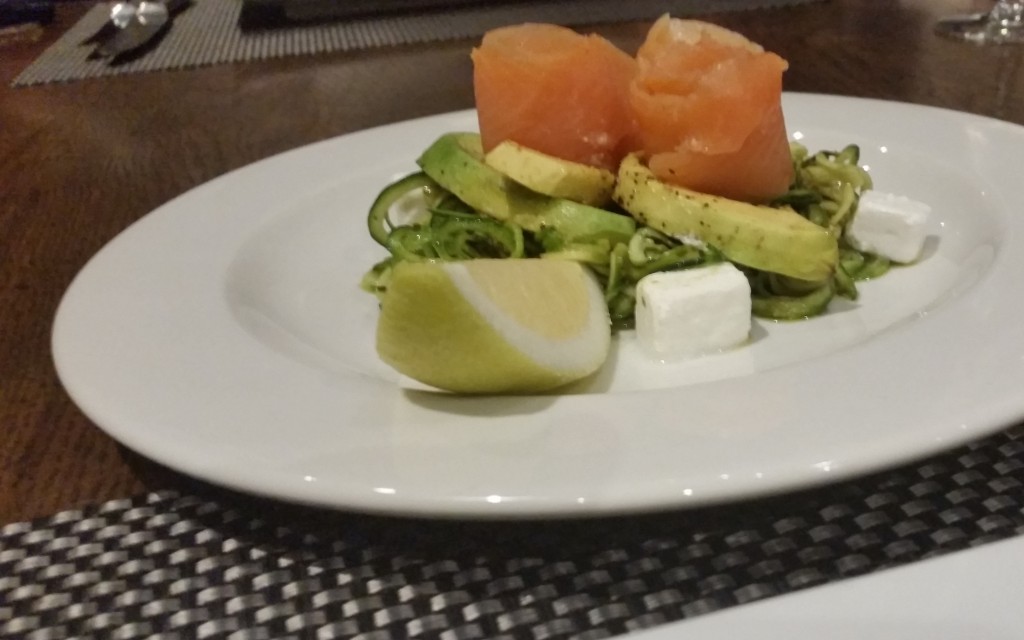 The salmon and zucchini noodles with basil pesto. 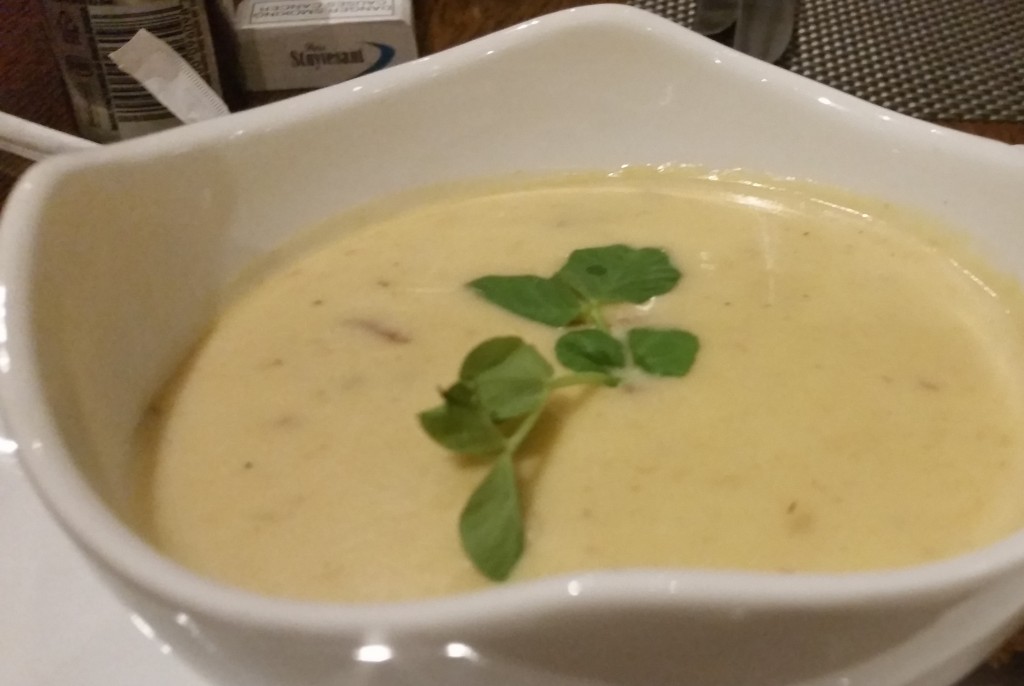 Following a dream to open a restaurant can sometimes be the stuff of nightmares, writes Ingrid Shevlin.

I can usually predict the chances of success of a new restaurant on my first visit.
It’s pretty much guaranteed if the restaurateur has a proven track record. At the other end of the scale are the enthusiastic cooks who have no nil experience in the industry, but have invested their savings in a new restaurant because their friends love their cooking. And it’s their dream. And they know it’s going to be fun and easy. It won’t. I usually give them six months.
Somewhere in between is a venue like Lola’s Bistro, which can go either way.
Lola is a new restaurant run by a charming young woman called Lisa, whose nickname is Lola. Lisa isn’t quite sure how she ended up being called Lola, but she liked it enough to use it for her restaurant.
Lisa/Lola dreamed of opening her own restaurant from the age of eight. On the way to achieving this she first opened a coffee shop in Umhlanga and then Lola’s Bistro about a month ago. So, although she has some experience, and her food holds promise, she will have to work hard to make Lola’s work in an over-traded market. And she could. She’s determined enough.

THE LOOK
Lisa/Lola took over the restaurant – and its fittings – at Quarters Hotel when it was outsourced. It’s a comfortable restaurant with a colonial-style decor. Although pleasant, it feels outdated. I don’t think it suits Lola’s.

THE FOOD
I think Lola/Lisa has attempted to cover too many culinary bases on her menu. And she needs to be consistent.
Her starters range from smokey bacon soup; salt and pepper fried squid; and biltong salad to honey and soya glazed duck;  quinoa with fried halloumi cubes, crispy bacon and cherry tomatoes, and a blue cheese salad.
Mains include mushroom risotto; crumbed rack of lamb; slow roasted lamb shank; crispy duck breast served with a sweet orange twirl and a fresh pasta towers with cream spinach and napolitana sauce. And there’s more, a bunny chow and two burgers.
We had a mixed experience. We being Frank Chemaly, Mercury’s food writer, and Meleney Cunniff.
Frank started with spicy chorizo soup with a sweetcorn infusion served with beer bread, R55. The soup tasted like potato soup with chorizo bits. Pleasant but no culinary marvel.
I opted for seared tuna served with wasabi mash balls (a bit like croquettes) and coriander pesto, R69. Sadly the tuna was an unappealing shade of grey and overcooked. But the wasabi mash balls were fabulous.
Melanie’s starter of choice was Norwegian smoked salad served on a bed of avo, feta and zucchini noodles with basil pesto, R75. This was a winner with lovely, fresh flavours.
My main was home-made gnocchi, half of which was topped with a creamy blue cheese sauce and the other a creamy red pesto and ricotta sauce, R85. Rich and very nice. Can’t go wrong with cheese and cream, can you?
Frank chose Lola’s 5-pork burger which was served with deep fried sausage stuffing, bacon, apple slaw, pork crackling and chips. R95. Frank was disappointed, saying the burger was too dense and tasted processed. He was not impressed with the side bits either.
Melanie went for the succulent, crispy pork belly served with apple-infused sour cream mash and apple crisps, R95. While the pork was crisp and succulent as promised on the menu, it was not particularly inspiring, flavour wise, she said. The mash also appeared to be missing its flavouring and the apple crisps amounted to one crisp only. But there was potential in the meal she said.

TO DESSERTS
Ranged from rich chocolate lava cake to light creme brûlée. Frank had the gourmet milk tart served with mini koeksisters, R40. The milk custard was runny and the pastry needed a chisel to cut through it.  Merely opted for peanut butter short bread balls, R40. The texture was decidedly odd and stuck unappealingly to her mouth.
Considering this dessert desert, my apple crumble served with a whiskey custard, R45, was a delight. The filling was delicious and the pastry light and crisp.

SUMMING UP
Lola’s has promise and it is early days yet, but Lisa/Lola needs to rethink her menu and reduce options. It puts less strain on the kitchen. Service was pleasant if a little untrained.

LOO REVIEW
From visits to the previous restaurant, I know the loos are pleasant and spacious. I wasn’t going to try them that night, though, thanks to the table behind us of 20 or so young and mainly tattooed men (and three woman) who were holding their Christmas party. The men, who had been drinking in the bar before eating,  traipsed to the unisex loos so often I can only shudder at their condition. The loos that is.